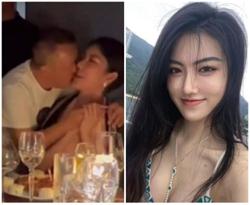 Yuki Onishi, founder of Tsuta, the first ramen restaurant in the world to earn a Michelin star, has died. He was 43 years old. – Photo: INSTAGRAM/tsutajapanofficial

Yuki Onishi, founder of Tsuta, the first ramen restaurant in the world to earn a Michelin star, has died. He was 43 years old.

Tsuta Global announced the news with an announcement on social media, which said, "The Tsuta Global family is deeply saddened by the passing of Yuki Onishi, our Global Executive Chef and Director.

"Yuki Onishi was a meticulous and talented chef who founded the world’s first Michelin-starred ramen eatery, Japanese Soba Noodles Tsuta, enhancing the popularity of this noodle dish across borders beyond Japan," the statement said.

According to a 2019 article in the San Francisco Chronicle (Source: Tribune News Service), Onishi came from a family of ramen chefs. He apprenticed for his father after high school, and while spending some time overseas working in fashion merchandising, he grew a greater appreciation for Japan's umami-rich dishes, particularly the use of dashi (a Japanese soup stock that is the base of many Japanese dishes).

He eventually returned to his father's ramen shop to work, and later opened his own store, which focused on premium ingredients and a unique dashi that was a blend of three separate chicken, clam and fish broths, which he used in his signature shoyu broth.

Onishi opened the first location of Tsuta, then named Japanese Soba Noodles Tsuta, in 2012. It began as a tiny nine-seat shop in Tokyo, but four years later, it became the first ramen restaurant in the world to earn a Michelin star, launching a global chain that has stores in countries like Singapore, Hong Kong, the Philippines, Taiwan and the United States. 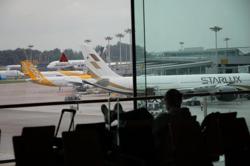 How to get your coffee fix at a lower cost to the environment
Farm owners in sizzling California get creative to keep their animals cool
Let's hear it for better cybersecurity
Dear Thelma: We just got married but I'm miserable as I love another man
How Jerusalem turned a sewer line into a tunnel for cyclists
How Glasgow is automatically stopping traffic to let kids cycle to school safely
Award-winning Malaysian bean-to-bar producers elevate local chocolate
A vet and her pets ride out Hurricane Ian’s fierce eye in parking garage
World Sake Day: A simple guide to this traditional Japanese drink
2 or 3 cups of coffee a day might help you live longer, especially ground coffee