Millennials and Gen Zs see little value in going to nightclubs that their elders loved so much. Photo: AFP

It's one of the cliché associated with youth: Partying until the wee hours of the morning.

Yet, going out to nightclubs is becoming less and less popular with Millennials and Generation Z.

Several factors, such as the rise of abstinence and cases of GHB (a "date rape" drug) attacks, have contributed to this phenomenon, which is nightlife professionals.

Younger generations are much less wild than their elders. At least when it comes to going wild in nightclubs.

No more unbridled parties at the disco, today's teenagers prefer to spend evenings at home. Those are the findings of the report "U Going Out" from the British platform Keep Hush, specialised in organising and promoting dance music events.

The report indicates that millennials and Gen Z are not particularly fond of club culture. Among the reasons cited are the financial difficulties they have encountered since the beginning of the pandemic and a lack of interest in drug use, legal or otherwise.

The substance abuse of previous generations and the prevention campaigns about the dangers of party drugs seem to have left their mark, creating disgust in young adults.

They recognise themselves more in the straight-edge movement, the punk subculture of the 1980s that advocated sobriety, than in the excesses of the characters of Skins, Gossip Girl and Euphoria.

And it's much easier to adopt such a stance these days, when social networks are full of posts touting the benefits of a healthy lifestyle.

"Sobriety is something less (and more) than a practice relevant only to clinically determined alcohol abusers. Now it can also just be something cool and healthful to try, like going vegan, or taking an Iyengar yoga class," explained journalist Alex Williams in the New York Times in 2019.

For many young people, this quest for well-being is quite incompatible with nightclubbing.

In addition to this, there is the feeling of "can't be bothered", this mixture of laziness and agoraphobia which pushes some young adults to decline invitations for going out to a club.

Celia, 27, is a French cocooning enthusiast who doesn't go to nightclubs due to a lack of desire and a fear of negative encounters.

"I don't feel safe in this kind of place. I prefer to be accompanied by at least three friends when I go," she said.

Hadjer, 25, has similar reasons. "There are many cases of harassment in nightclubs. Some men are very aggressive with the girls and come up with various schemes to take advantage of them," she explains.

The "tricks" to which the young woman refers emerged in the fall under the hashtag #balancetonbar, meaning "Call out your bar". This movement, which started in Belgium last November, has highlighted hundreds of cases of sexual violence and being roofied (with reference to a date rape drug) in bars or discos.

They all describe the same scenario: A night out with friends, a few drinks, unusual physical symptoms and then, the black hole. At issue is GHB, also known as "the date-rape drug" which victims ingest unknowingly.

With the influx of reports in Belgium, France and Britain, nightlife venues have taken steps to curb this disturbing phenomenon. Some have trained staff to better respond to situations of sexual violence, while others are providing partygoers with protective covers to put on their drinks to prevent drugs from being poured into them.

British start-up Where You At has also designed an app to allow clubbers to stay in touch with their friends at any point during their night out, even if they have no signal inside a bar or nightclub.

All of the above factors contribute to what some commentators are calling "rave fatigue".

Millennials and Gen Zs see little value in the famous club nights their elders loved so much. Some even find them pathetic.

Just take a look at TikTok to see the extent to which some young adults dislike the nightlife scene. A user of the social network, known under the pseudonym @iceprincess0079, says that the discotheques are "the place where 'dead people' go and seek for temporary happiness". A den of "unhappy and hurt" individuals, according to some TikTokers.

But some users of the app think that such judgments are without foundation.

In any case, nightlife professionals are worried about the disinterest of the young generations for these spots. Especially after two-and-a-half years of pandemic and health restrictions.

Their fears are justified: Britain now has only 1,130 nightclubs, according to the latest figures from the Night Time Industries Association. That is 20% less than in March 2020, when the first lockdowns began.

Several structural factors such as rising rents in big cities and inflation have precipitated these closures, even if young people's lack of interest in clubbing has played a role.

But the nightlife world hasn't had its final word. It is continuing to innovate by organising eco-friendly evenings or events tailored for a wider public, in order to prove that it remains relevant, no matter what the millennials and the members of the Z generation think. – AFP Relaxnews

A Japanese philosophy for the quiet-quitting generation

Why money isn’t everything for Gen Z workers in Malaysia 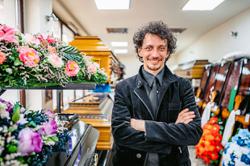