Princess Di's car up for auction A 1985 Ford Escort RS Turbo, driven by Princess Diana between 1985 and 1988 and retrofitted for security reason. Photos: Silverstone Auctions/dpa

Cars with a royal connection always command a higher price and a 1985 Ford Escort RS Turbo, which is coming up for sale at auction on Aug 27, is set to be no exception.

The three-door, 130-horsepower car is the definitive hot hatch, although its stealthy black paint with a blue pinstripe sets it apart from its sporty brethren. Regular go-faster RS Escorts came in all-white only.

Princess Diana could often be seen driving the car between 1985 and 1988 and was spotted around London or outside the boutiques of Chelsea and the restaurants of Kensington.

The young princes William and Harry were frequently in the back seat, with a plain-clothes detective on board for security reasons. 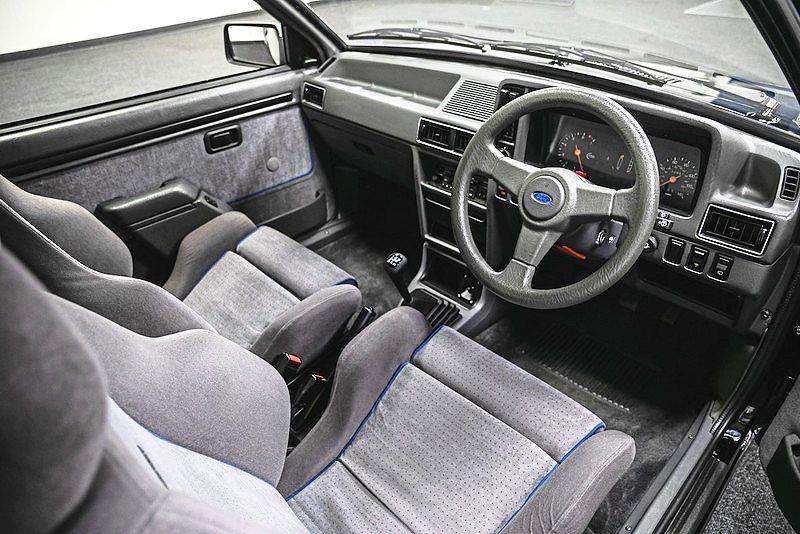 The interior of the car.

Ford's Special Vehicle Engineering department was tasked to paint the car and it fitted a regular five-slat front grille to assist in the stealth makeover.

The Escort also had a secondary rear view mirror for the protection officer with a radio in the glove box, the cable for which is still visible today.

The Escort is being offered by Silverstone Auctions on Aug 27 at no reserve and will probably fetch at least six figures, owing to its connection to a still very beloved public figure.

Diana, Princess of Wales, died from the injuries sustained in a car crash in the Pont de l'Alma tunnel in Paris, France, in the early hours of Aug 31, 1997. – dpa A good reason why Malaysians should try gardening: it's a full-body exercise
Malaysian woman saves about RM500 a year by planting greens in her garden
Design plans for 100% electric 'flying' ferry unveiled
Asian coastal cities sinking fast: study
And the top global city for coworking is... London!
Chance blueprint discovery reveals world's oldest passenger lift
How urban trees are (also) under threat from climate change
Design tips: Making it work with mauve and black
Listening the right way can be a great gift to your loved ones
Australian wins world’s best barista title with honey-hibiscus coffee creation