No more excuses: Change your mindset and take charge to get the outcome you want

Living at Cause is the art of looking at life as an opportunity to grow and become stronger, and to take charge of achieving the outcomes you want. Photo: 123rf.com

Some years ago, I went in with my team of associate trainers to present the credentials of my company to the head of learning and development of a major banking group.

The lady, who was known to inspire terror in many such as I, looked sharply at me and asked: “So what is your speciality?”

Since I deliver a variety of programmes across multiple industries, I was thrown off-guard by the question.

I replied that we don’t really put ourselves in a box and claim to be good at this programme or that one but nevertheless, named some of my company’s signature programmes. It wasn’t the answer she wanted.

Her face grew sterner and she barked: “I asked what is YOUR speciality!” Sometimes, you need a question like this for you to identify your greatest strength. In this case, I knew the answer was critical in determining whether my company was ever appointed to do any work for the dragon lady’s.

I winged it and blurted out: “My strength lies in changing mindsets, in moving people from living at Effect to living at Cause so they begin taking responsibility for the outcomes they want.”

As I said those words, I realised that they actually did reflect what I aimed to do in every workshop or coaching session I conducted. I love helping people pivot from a place of helpless desolation to a place where they can feel in control and get excited about the future. I get great joy and fulfillment at moving them from a space where they live at Effect to one where they operate at Cause to create the reality they want for themselves.

At this point you’re probably wondering what living at Effect or Cause means. Well, in a nutshell, living at Effect is the act of blaming people and circumstances for the people we become or the state we are in. Sheila SingamLiving at Cause is the art of looking at life as an opportunity to grow and become stronger, and to take charge of achieving the outcomes you want.

Many people who live in “stuck” states and can’t move beyond them to live fulfilling lives are operating at Effect of their past experiences, their emotions, limiting beliefs and the opinions of others. They hold the belief that “Everything that happens to me someone else did and they live their lives blaming people and circumstances for their inability to forge ahead and make something of themselves”.

I’m sure you’ve often heard the following statements from people that are a dead giveaway that they live at Effect. “It’s my parents’ fault, they didn’t give me the right opportunities”. “I’m like this because I was abused”. “My boss is a racist so I’ve not been promoted”. “I can’t reach my sales quota because I’ve been assigned to an under-performing area”.

Such statements reflect that the speaker is pushing the blame for their inability to achieve results to parties other than themselves. They are, in effect, giving up their power and disenfranchising themselves.

This in turn leads to a sense of powerlessness and despondency about life that puts them into victim mode.

I’ve heard many sceptics say that change is not possible, that a leopard doesn’t change its spots. I reply that I work with humans, not leopards, and that in my work, I have seen instant change in a person, sometimes with just one coaching session.

A miracle? Maybe, but I don’t claim the credit for it because I’m just a facilitator that shows people how. If someone does not want to step out of living at Effect, I can’t do a thing. It all hinges on a person’s willingness to make that move.

Many of us believe we cannot change, that we cannot adapt to our circumstances to emerge strong. The fact is, we all have the potential to be and do whatever we want.

You and I have been blessed with immeasurable power to make positive changes in our lives, but only if we want to.

The fundamental element that drives a change in attitude and behaviour is when people begin to awaken to the fact that they need to operate at Cause to get the results they want in their lives.

To be at Cause is to take responsibility for decisively creating what you want in your life. You view the world as a place of opportunities and move towards what you want. If things don’t pan out as you would like, you take learnings and switch direction to explore other possibilities. You don’t react to adverse circumstances, you act inspite of them.

One of the finest examples of a person who lives life at Cause is the motivational speaker, author and evangelist Nick Vujicic, who was born with tetra-amelia syndrome, a rare disorder characterised by the absence of all four limbs. After struggling for years with his condition, he came to terms with it and started Life Without Limbs, his own non-profit organisation and Attitude is Altitude, a secular motivational speaking company.

I am a huge fan of Nick’s. I had the great fortune to hear him speak at a convention some years back, when he reduced an audience of thousands to pin-drop silence.

“When you don’t get a miracle, you can be a miracle for someone else,” he said.

He is testimony to that statement in unimaginable ways. Every time I look at him I ask myself this: When a man with no arms and no legs can operate at Cause to live life to the fullest despite his limitations, what excuse do I have for sitting and moaning about my life and for not achieving what I want?

I’ve noticed that adversity often produces two types of people: The first type are those who become angry and bitter, blaming the world for what they become – are what I call the Effect People. The second type are those who take learnings from their experiences to grow and emerge strong – these are the ones operating at Cause.

Which side of the equation do you fall on? It’s a tough journey to acquiring the Cause mindset – it takes willpower and practice, but the feeling of achievement is a truly rewarding one.

Sheila Singam is the founder of development consultancies Human Equation and Pathway. She daily encourages others to keep living at Cause to get the best out of life. The views expressed here are entirely the writer’s own.

This vegan haute couture dress is made from cocoa bean husks 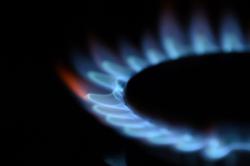 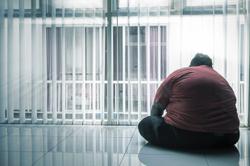