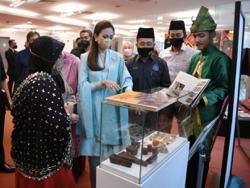 Nasi kandar dishes are some of the over 50 recipes highlighted in Wong's debut cookbook. — Photos: PENANG MAKAN

Adding another feather to her cap, the 32-year old author made Malaysians proud when her debut cookbook Penang Makan was awarded the best in the world under the street food category at the 27th Gourmand Awards in Sweden early this month.

She upstaged other contenders, among them, a culinary institute from China, Future Food Studio through Shanghai Jianbing Street Food, Comida Callejera Guatemala (Guatemala), Bak Fritay (Haiti) and My Street Food Kitchen from the United Kingdom (UK).

Sharing her cookbook journey with Bernama recently, Dayana who was born and raised in Penang said she started collecting recipes of her favourite hawker fare after returning home from her studies abroad.

Dayana graduated with a Master of Science in International Business at the Hult Business School, London in UK in 2017.

"I have long harboured an ambition to write a book, more of a childhood dream and the interest grew wider when I was doing my Master’s degree in London as I couldn’t find any cookbook on authentic Penang dishes here (London),” she said. 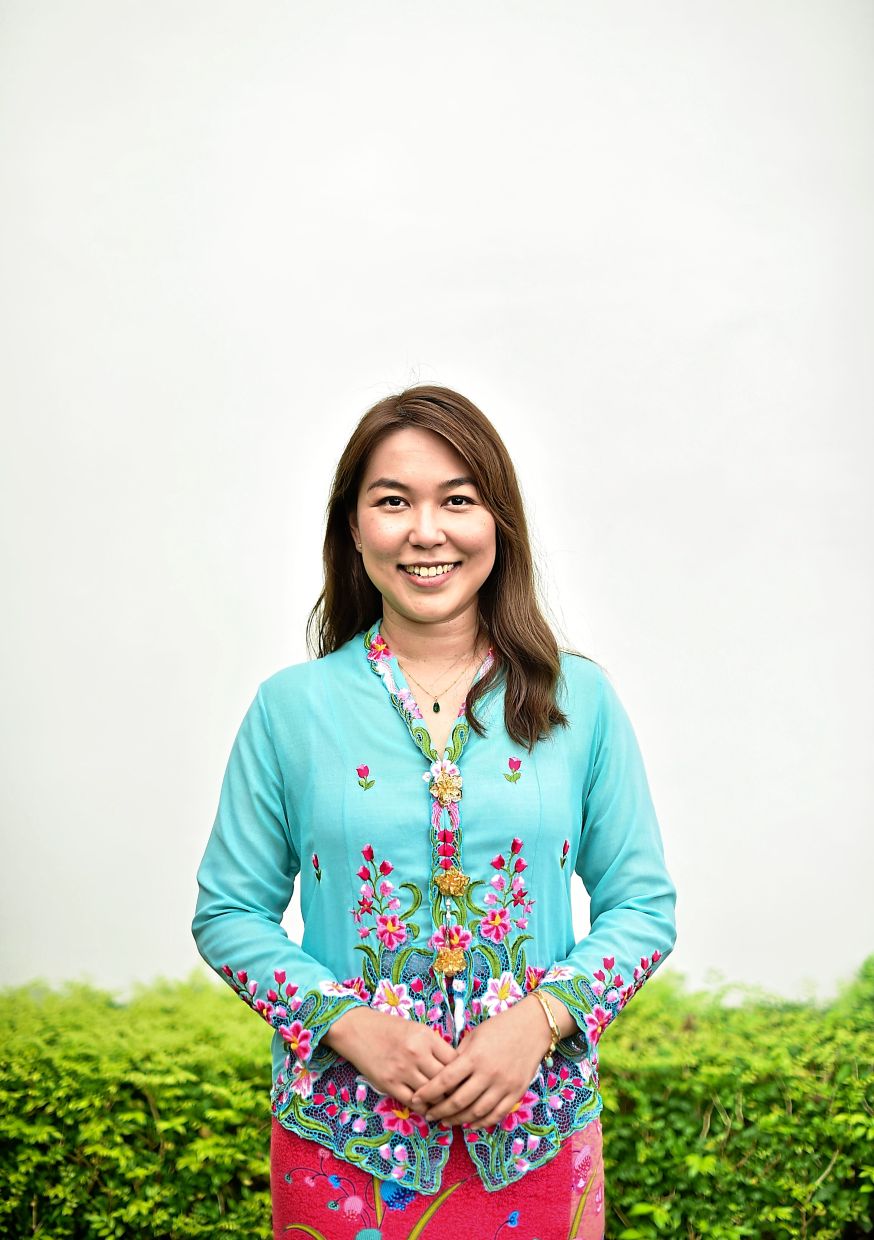 Wong's love of cookbooks started when she was a child and culminated in the publication of her very first cookbook, which pays homage to the street food she grew up with.

The daughter of a Malay-Chinese couple, Hayati Ismail and Azman Wong Abdullah, Dayana said her love for food and culture was ingrained in her from young from her parents.

She grew up learning how to cook and appreciate traditional dishes from the matriarchs of her family; her fondest memories as a young girl revolve around cooking and sharing meals with her loved ones.

"The book, Penang Makan is nothing short of a labour of love”, said Dayana, who has also shared her personal childhood memories of growing up in the food haven, that is Penang Island.

Sharing her passion in collecting recipes, Dayana said after completing her studies in UK in 2017, she returned to the Pearl of the Orient and worked in a private company before giving up her job to help with her family business.

"I started visiting my favourite stalls in Penang. Instead of asking the hawkers for the recipes, I only ate the food to reignite my taste buds and made sure I knew the ingredients in the dishes,” she said.

Dayana said that most of her recipes in the cookbook were adapted to suit her palate.

"Then the pandemic happened and it gave me the much needed time to compile the recipes and test them out with my mom,” she added.

Dayana, who also holds a Bachelor of Arts in Economics from the University of Toronto, said the cookbook features over 50 recipes that are carefully selected and curated for Malaysians to recreate memories of Malaysia when they are abroad.

Among Dayana’s favourite food is cucur udang, the Malaysian version of prawn fritters. The deep-fried crispy snack is the first recipe which made its way into her cookbook. It is usually sold on pushcarts along the roadsides in Penang, with three variants, Malay, Chinese and Indian. 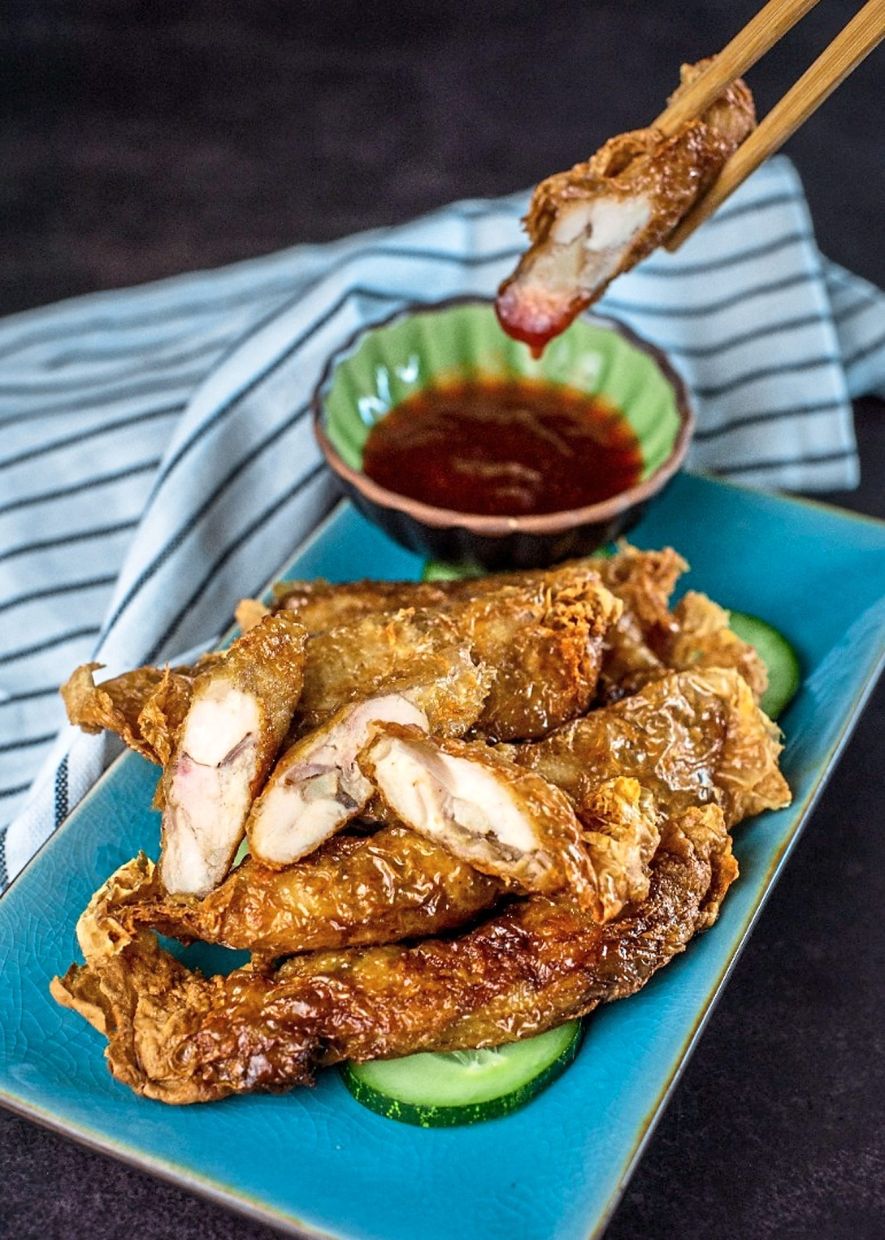 One of the major highlights of Wong’s book is that while it showcases some of Penang’s best street foods, it is also Muslim-friendly, so dishes like lor bak (pictured here) have been adapted with pork substitutes like chicken."Cucur udang is simple but the memory that I get from eating is, it brings me back to a time when I was a child, when I was four years old. My grandmother will make the cucur udang for the afternoon tea.

"After my grandfather was done exercising in his garden, he would tear open the cucur udang and give me the prawns; he will eat the cucur that is empty. I felt really loved and that is one of my favourite memories to reminisce,” she said.

Dayana said cucur udang is probably one of the easiest recipes in the book which reminds her of her late grandfather every time she eats it or makes it.

"My mom still cooks the same cucur udang whenever I come back from abroad. When I step into the house, I can smell it,” she said, adding that the smell of cucur udang reminds her of home.

On the cucur udang variants, Dayana said the Malay version is rounded with a crispy exterior when fresh from the wok and a soft interior filled with various vegetables.

"The prawns used are shelled and are either whole or chopped and mixed into the batter before deep-frying. The Chinese or Peranakan version is crispier, wafer-thin with unshelled prawns on top.

"The Indian or Mamak version is mostly found in pasembur (Malaysian salad). They are more oblong in shape and are filled with sliced onions, spring onions and the prawns used are not shelled,” she said.

Next, a cooking show perhaps

To a question, Dayana said it was her childhood dream to appear in a TV cooking programme or video production to promote Malaysian food and Malaysia to the world, as she grew up watching cooking shows hosted by renowned celebrity chefs. 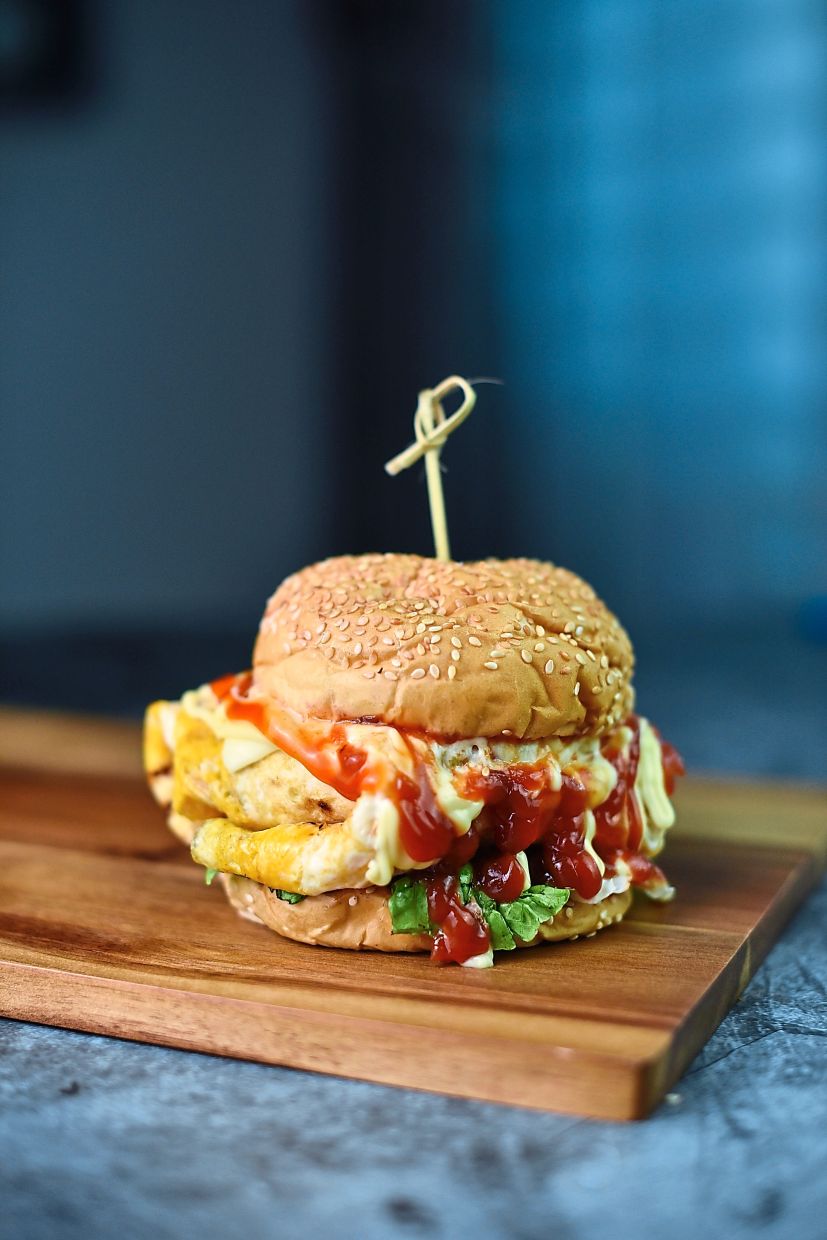 The famed Ramly burger is a meal that Wong felt needed to be included in her cookbook, because of its strong appeal among Malaysians and tourists."I would love to have one, especially an in-depth cooking travel programme that discovers the many Malaysian ethnic food and cuisine, but so far, I have yet to receive any proposal for that," she said.

Dayana said she would like to think of herself as a person who prefers home cooked food and one who strives to preserve Penang heritage and legacy.

"We are very excited about this event and are so thankful for the support and encouragement to promote Malaysian cultural heritage.

"I think the next step is to organise a similar event and look for distributors to market our cookbooks across the globe,” she added.

"I want people to appreciate the traditional way of cooking regardless of where they are. In a nutshell, while we still use modern appliances, the essence is still there (based on recipes), we still cook food from scratch (without instant pastes),” she said.

Dayana said the book would enable the younger generation to know the food ingredients such as lengkuas (galangal), belacan (shrimp paste) and gula Melaka (palm sugar).

"I believe my genuine love for Penang food is portrayed in the cookbook. And this is really the kind of book that I wish I had when I was away from home, when I was studying at the university for the first time,” she noted.

On winning the coveted award, Dayana said, "I am very honoured and grateful for this award especially this being my first book, and ‘Penang Makan’ was up against so many others in the running.”

"Winning the award really boosted my confidence as it speaks volumes about the standard of our Malaysian cookbooks, which is as good as any out there,” she added. – Bernama 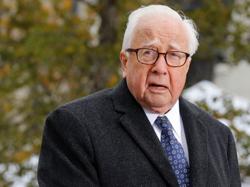 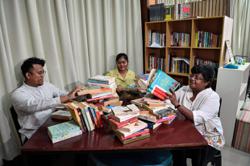