Dry toilets save water by using sawdust rather than flushing waste away. Photo: PHILIPP VON DITFURTH/dpa

Sawdust will be a key component in tomorrow's toilets.

It is part of the basic kit that makes up a composting toilet, at least those created by S'Klo, a company from the Black Forest in Germany. Most other firms in the business use a similar model.

Fridolin Einwald and Michael Heizmann build the toilets themselves and deliver them when clients order them for use at a wedding, say, or a company party or to be dotted along a hiking trail.

According to Einwald, many of their clients are "nature-oriented and environmentally aware".

The thinking with this kind of toilet is to save water by using sawdust instead of flushing away the waste.

The sawdust stops faecal odours from forming, says Einwald. "At worst, it smells like a farm." His concern is not to waste drinking water. "A lot of people don't even think about what happens when we flush the toilet." 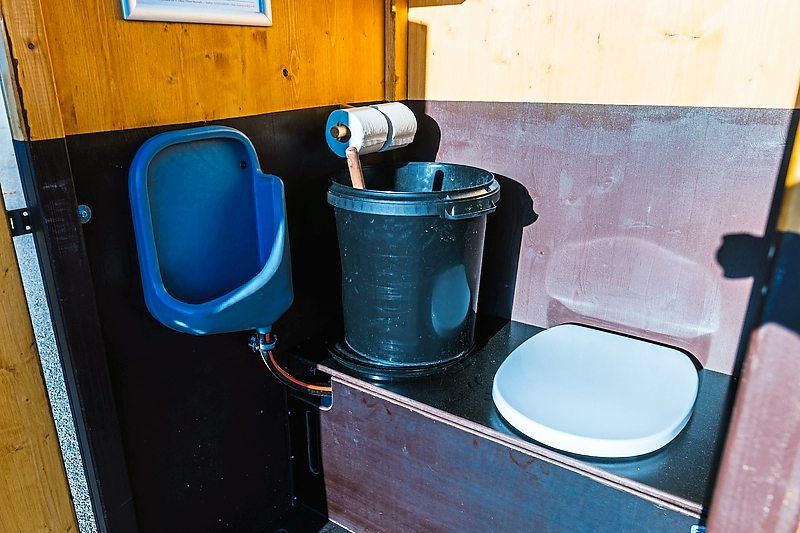 After using this composting toilet, you cover the waste with sawdust, instead of flushing it away.

Every day, each person in Germany uses nearly 40l of water flushing toilets, which is around 30% of drinking water consumption, according to the Environment Ministry.

The issue is of growing importance, in times plagued by water shortages, says Einwald.

So at an event where 100 people are getting together, an S'Klo could save up to 700l of water.

"Especially in the coming years, we will have to think far more about the use and value of drinking water worldwide, and should protect and use it sparingly as far as possible," says Einwald.

Dry toilets are not a new invention and some have been created that use bark mulch, stone dust or charcoal. They are also used in countries with less developed sanitation infrastructure, sewage systems and water supplies, for example in Africa and Asia.

A few years ago, engineers from the Bauhaus University in Weimar, Germany, were even awarded an Order of Merit from the Mongolian city of Darchan for their project.

Dry toilets not only conserve water but also do not require chemicals, a further environmental benefit.

Some manufacturers dream of taking the business even further: S'Klo founders Einwald and Heizmann, for example, want to someday stop taking the waste collected in containers to the sewage treatment plant and use it as a natural fertiliser. "Then you could use the poop," Heizmann says.

Legally, though, this is not yet possible. In Germany and other countries, laws ban the use of human excrement as a form of compost. The legislation is based on the danger that resistant germs, pathogens, hormones and medicament residues from the excrement could spread. Other materials containing further pollutants and foreign substances may also end up in composting toilets.

Germany's Environmental Ministry points out that agricultural and horticultural use of compost fertilisers takes place in the particularly sensitive area of food and feed production. Laws cannot be changed before ways are found to protect people and animals from ingesting pharmaceutical residues and hormones. These and issues such as epidemic hygiene need to be resolved first, officials say.

That has researchers busy addressing the matter. The ministry refers to a trial project by Finizio, a company from Brandenburg, Germany, for example. It is running a plant creating humus fertiliser out of human excrement. The product has been distributed to open-air areas through a project supported by the state of Brandenburg with funding from the European Union.

Finizio says the project involves taking numerous samples of the soil and plants, with scientists assessing their pH value and salinity, and investigating for a slew of other chemical elements and compounds. The team plans to harvest the plants sown in the fall during the summer.

So it will be a while before final results are available, with any legislative changes even further down the line.

The idea of making fertiliser from human faeces is pretty straightforward but history shows that implementing it is less easy than some may imagine. More than 40 years ago, Austrian artist Friedensreich Hundertwasser wrote a text addressing what he described as "shit culture".

Exploring the cycles of food and waste, he wrote,

"The cycle from eating to shitting functions

The cycle from shitting to eating is interrupted."

He also conceived of a humus toilet.

While some may take issue with his choice of words, they seem natural in this context.

Heizmann of S'Klo is also happy that as the number of dry toilets grows, "at least this way people talk about the shit". He and his colleague Einwald hope that the debate will gain momentum and drive scientific and political work on the issue forward.

They have also issued an invitation to German Chancellor Olaf Scholz to visit one of their wooden toilet cabins. "He's welcome to visit us and take a look," Heizmann says.

The team has done everything possible to minimise the carbon footprint of their invention, using solar energy from a photovoltaic system in S'Klo production. The wood, meanwhile, comes from regional suppliers. Sawmills provide the wood shavings and sawdust which are a by-product.

As far as usage goes, the two say they have had plenty of positive feedback.

As they are the ones who go and collect the filled containers every few days, they are also able to see how carefully and hygienically the toilets are handled: "They have never been really dirty," Heizmann reports. "And none of them have ever been knocked over." – dpa/Marco Krefting 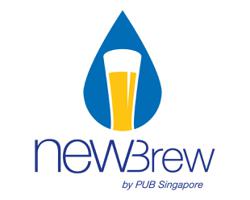 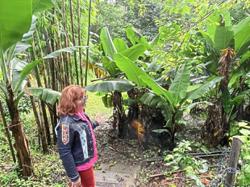