A burial cocoon where the body is placed inside in hay, straw and flowers and decomposes over 40 days with the help of microorganisms. The remains are then buried in a shallow grave. Photo: Sven Krieger/Meine Erde/dpa

A German church has started offering environmentally friendly burials, returning the dead to the earth where their bodies can decompose naturally, instead of being placed in a coffin or cremated.

The process is also healing for the bereaved, they say.

The dead body is placed in a cocoon in the pilot project launched by the Lubeck-Lauenburg church district in northern Germany early 2022. Microorganisms and "modern green technology" then break down the corpse over 40 days, according to Berlin-based company Circulum Vitae.

The remains are then buried in a grave just 30cm deep, and covered with a layer of cemetery soil where the bereaved can plant a tree or a rosebush. Moles and worms are also welcome to access the grave.

The first body undergoing the process was buried in the spring in the church district, in the town of Molln. The cocoon was then cleaned to allow the process to begin again.

"The end of life also pays into each person's ecological footprint," the German church explains. This form of burial saves one tonne of carbon dioxide for each person who dies compared to cremation.

Interest is growing around the world in different forms of burial, with many seeking ways that are more environmentally friendly.

Approaches range from Infinity Burial Suits in the US, a biodegradable mushroom burial suit that allows bodies to rejoin nature, to organic burial pods. 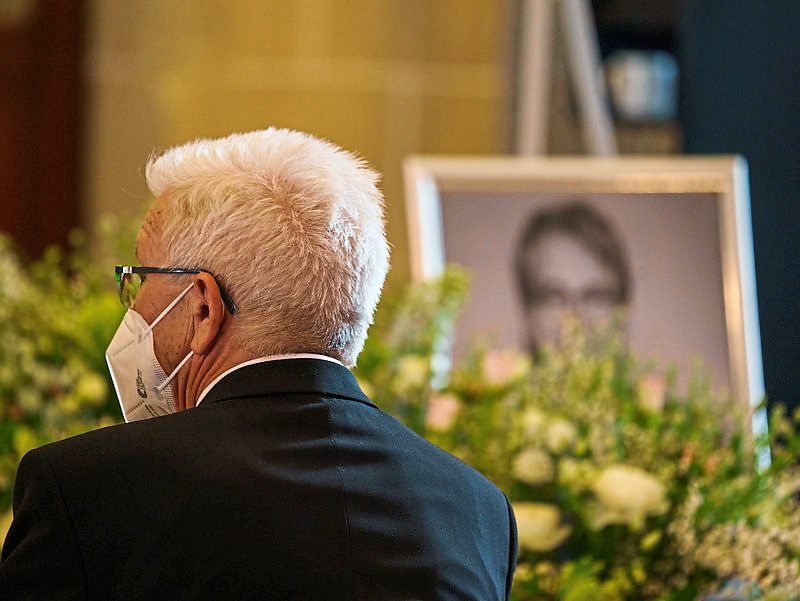 A German firm is offering a new kind of burial, changing the landscape for funeral services. Photo: Andreas Arnold/dpa

In the process introduced in northern Germany, the dead person's body is laid in hay, straw and flowers and decomposes with the help of microorganisms, in a natural process that takes place at a temperature of about 70 degrees Celsius.

It is a different process to aquamation, resomation or alkaline hydrolysis, when a body decomposes with the aid of a caustic solution along with heat, says Pablo Metz, who co-founded Circulum Vitae.

This was the form of burial said to have been chosen by South African Bishop Desmond Tutu, who opted to be aquamated, also seen as an environmentally friendly alternative to cremation.

The cocoon method does without any chemicals in the process, however. All that is left remaining are artificial parts such as hip joints, for example.

As with cremation, the bones would then have to be refined, says Metz, referring to the grinding of the bones.

He notes that it is important for the transformation process taking place in the cocoon to be measured and controlled, for example by adding moisture.

At present, there is only one cocoon in the cemetery chapel in Molln but if the pilot project continues, Metz's company will build "alvariums", he says, a Latin word for beehive. 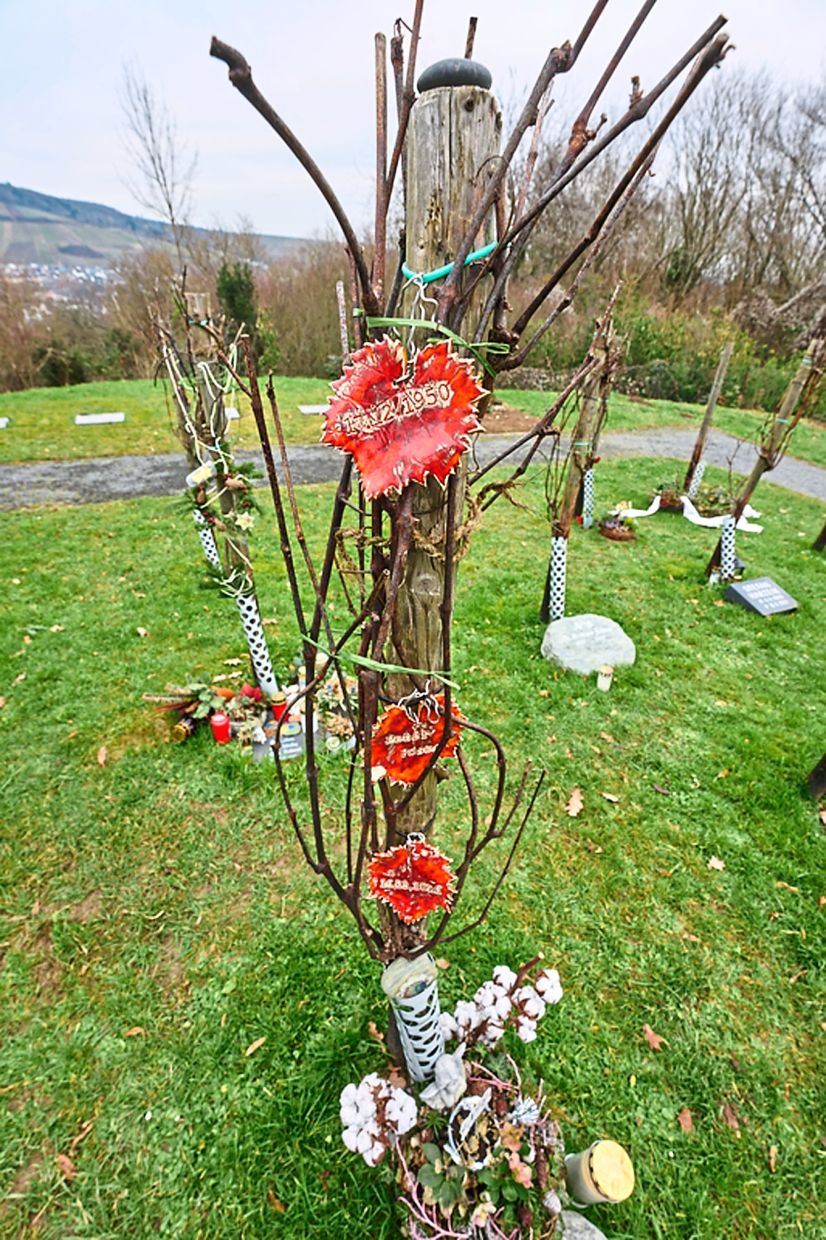 At this cemetery vineyard at Bergfriedhof, the deceased can find their final resting place among vines. Photo: Thomas Frey/dpa

The project came about partly thanks to Konstantin von Notz, a lawmaker for the Green party who was born in Molln and put the church in touch with the Berlin company.

The congregation has been very open to the idea, according to church district cemetery commissioner Bernd Jacob. The chapel there offered itself as a location, he says.

"We immediately liked the idea of the funeral. It is a good alternative for all who are not comfortable with the idea of burial in a coffin or cremation," says pastor Hilke Lage of Molln.

The deceased lady who was first to lie in the cocoon likely didn't know about this form of burial but when her relatives heard about it, they were sure that it was what their mother would have wanted.

She was buried in the cemetery after the funeral, for 25 years, the customary length of time in German cemeteries.

Metz called for many views including from local churches, the Ethics Council and the state health ministry before embracing the pilot project.

They all agreed that the project was permissible under the state's current laws.

For Metz, the appeal lies in the fact that the practice is environmentally friendly. He was motivated to co-found the company by the desire to do something to counteract the climate crisis.

At present, 80% of those who die in the northern state of Schleswig-Holstein opt to be cremated but most only choose this option because a cemetery burial is too expensive, Metz says.

The service offered by Circulum Vitae, called My Earth, only costs as much as an average cremation and is climate neutral, he says. The company advertises "sustainability at a fair price".

Burying people in the ground also has many disadvantages, Metz says, noting that the process often takes far longer and that bodies sometimes do not decompose, particularly in the moist soils of northern Germany.

He points to the 2,000-year-old bodies buried in the bog at Gottdorf Castle near Schleswig as a further indication of problem.

Plus, the longer process to mourn the person over several weeks is incredibly comforting, Metz says.

It is the first time that a new option for burial has been offered in 150 years, according to Metz.

How body composting is taking root in US' 'green' burial trend