IT expert Markus Heger working on a campsite – an opportunity provided by his employer in a bid to attract young staff. Photos: dpa

Markus Heger opens his laptop and looks up into the sky at a flock of wild geese flying overhead.

Heger is a project manager at an IT company in Wallenhorst in Germany, and this is his workplace. He is sitting comfortably in front of a camper van parked on a campsite in the district of Osnabrueck.

His boss provided the campervan, in a bid to make the company more appealing to potential applicants by enabling them to work remotely from the countryside, amid a desperate struggle for skilled labour.

The company was established 30 years ago. Current boss Dieter Klages says it has never been as hard to find junior staff as it is now.

“We get nothing, zero. And then you start thinking about leaving the industry or doing something else,” Klages says.

He is also keen to retain his older and more experienced staff.

‘It’s nice to be surrounded by nature, and the working atmosphere is different too,’ says Markus Heger.

One day, taking a stroll along the North Sea, an idea came to him to try and make the company more appealing amid the cut-throat competition for a limited number of candidates.

He decided to try posting adverts that offered potential staff the chance to work remotely from campsites for limited periods of time.

An entrepreneur friend of his helped Klages get hold of a motorhome, which he named the “Camping Office”.

The response was instant: “We suddenly have 50 applicants and don’t know what to do with them,” says Klages.

Lydia Malin, who works for a German labour institute, was not surprised when she heard the story of Klages’ recruitment campaign.

The working-from-camp model allows staff to enjoy the benefits of the great outdoors, far from hectic office life. One company boss decided to try posting adverts that offered potential staff the chance to work remotely from campsites for limited periods of time.

Nowadays, Malin says, companies have to be creative in order to get hold of new staff, given the shortage of skilled workers available and the rising demand for particular skillsets.

Such creativity is not new in the IT industry where demand has outstripped supply in terms of skills for quite some time.

“The pandemic led to an increase in demand, especially in the IT sector, because many companies were keen to go digital.”

The pandemic also freed many staff from the constraints of the office commute, and demonstrated that they do not have to be present in the office or at the company premises in order to do their jobs, she says.

Training has also moved online and can be conducted from home or remotely. 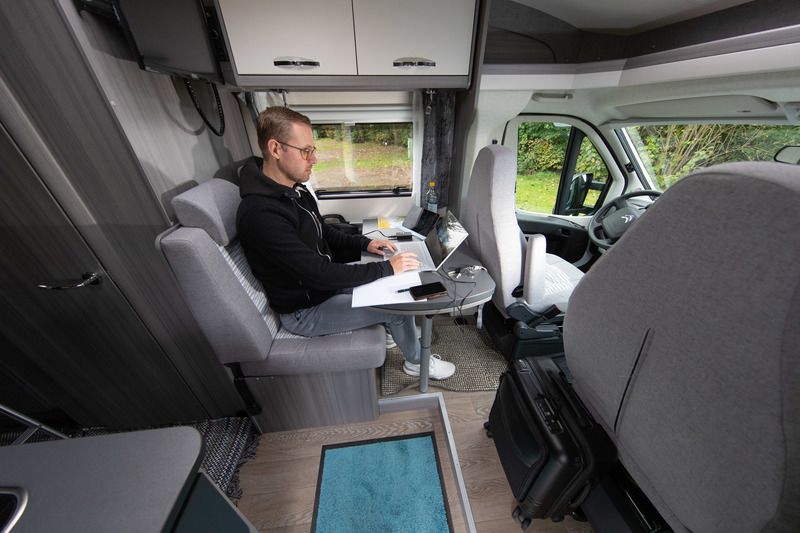 “Online learning opportunities that have been developed are not simply going to be put back in the drawer,” Malin says.

The proportions vary by city and region, but in some, the shortage of skilled workers was so high that 92% of job ads concerned posts in areas where demand is highest.

Some of those areas are construction, electrical engineering and shipbuilding technology, with specialisms varying slightly depending on the regional employer.

But Malin says all sectors of the economy need to rethink when it comes to the way to recruit young and skilled workers. The old strategies just don’t work anymore, she says.

“In industry, for example, people focused a lot on high wages, even during the training period.” But good pay alone is no longer the decisive factor, she says.

“Particularly when it comes to the young generation, flexibility plays a big role, both in the hours that people work and the place where they work,” she says, describing it an “employees’/ market, which means that the employee can choose who he works for.”

That has led to what is known as guerrilla recruiting, where companies poach each other’s skilled workers by bidding higher wages, or making luxurious special offers, Malin says.

The trend is well known worldwide, with companies in the United States offering incentives from “paw-ternity leave” for people to care for pets they picked up during the pandemic, to tutoring for employees’ children and wellness offerings for workers.

Klages sees enabling his staff to work in peace and quiet as a key factor, which is why letting them work from a campsite makes so much sense. He hopes it will make them more creative in their work.

But his offer is not going to work for everyone: he stipulates that employees cannot bring their family along to the campsite. That would be too distracting, he says.

For the meantime, project manager Heger is enjoying the quiet, rural setting.

“It’s nice to be surrounded by nature, and the working atmosphere is different too.” – dpa/Elmar Stephan

The dangers of being too reliant on monoculture and genetically modified food
My Pet Story: The cat who founded a sanctuary
Scientists discover a way to prevent ice crystals in your ice cream
Why Russia's invasion of Ukraine could also threaten dolphins
Ros� wine is elevating its image with new blends and players
Composting toilets help to conserve water
Paris plans green makeover of Champs-Elysees for Olympics
World Food Prize winner says food systems are crucial in tackling climate change
Sales of raw honey soared during the pandemic, but what is it exactly?
3 housebreaking tips for puppies