For Native American tribes, ‘good fire’ is key to mending nature and people 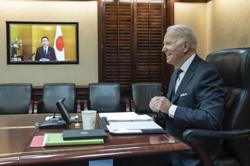 Elizabeth Azzuz stands in prayer with a handmade torch of dried wormwood branches before leading a cultural training burn on the Yurok reservation in Weitchpec, California, recently. Photo: AP

Elizabeth Azzuz stood in prayer on a Northern California mountainside, grasping a torch of wormwood branches, the fuel her Native American ancestors used to burn underbrush in thick forests.

“Guide our hands as we bring fire back to the land,” she intoned before igniting leaves and needles carpeting the slope above the Klamath River.

Over several days in October, about 80 acres (32.4ha) on the Yurok reservation were set aflame in a programme that teaches ancient skills of treating land with fire.

It was among many “cultural burns” allowed in recent years by US state and federal agencies that had long banned them – a sign of evolving attitudes toward wildfire prevention. Research increasingly confirms low-intensity burns can reduce the risk by consuming fire fuels.

Wildfires have blackened nearly 6,000sq miles (15,540sq km) in California the past two years. Dozens have died; thousands of homes have been lost.

But to the Yurok, Karuk and Hupa in the mid-Klamath region, cultural burning is about reclaiming a way of life suppressed with the arrival of white settlers.

The tribes’ hunter-gatherer lifestyle was devastated by prohibitions on fire that tribes had used for thousands of years to spur growth of acorn-bearing trees, clear space for deer, and spur hazel wood stems used for baskets.

Fire is life“Fire is a tool left by the Creator to restore our environment and the health of our people,” said Azzuz, board secretary for the Cultural Fire Management Council, which promotes burning on ancestral Yurok lands. “Fire is life for us.”

Yurok, Karuk and Hupa activists and The Nature Conservancy later created the Indigenous Peoples Burning Network, whose training burns that have drawn participants from across the United States and other countries.

“It’s really exciting and gives me a lot of hope that the tide is changing,” said Margo Robbins, a basket weaver and director of the fire management council.

“We revived our language, our dances, and now, bringing back fire, we’ll restore the land.”

As Azzuz finished her ceremonial prayer, the wormwood that coaxed the first flames was replaced with modern “drip torches” – canisters of gasoline and diesel with spouts and wicks. Team members moved quickly along a dirt trail, flicking burning fuel droplets.

Jose Luis Dulce, a firefighter in his native Spain and in Ecuador, hopes to help revive Indigenous techniques in Europe and South America. Stoney Timmons said his tribe – the Robinson Rancheria Pomo Indians of California – wants to host its own training session next year.

Robert McConnell Jr spent years with Forest Service wildfire crews, attacking from helicopters and driving bulldozers. Now a prescribed fire specialist with Six Rivers National Forest, he works with fire instead of against it.

“It’s encoded in my DNA,” he said. “It’s like there’s a spark in my eye when I see fire get put on the ground.”

When Yurok forestry director Dawn Blake helped light the hillside, she felt a connection with her grandmother, who wove baskets and set fires in the area long ago.

“We’ve been talking and begging about doing this for so long, just spinning our wheels,” said Blake, 49.

But tribes want to go beyond training exercises and “family burns” on small plots. They’re pushing to operate throughout the vast territories their ancestors occupied.

“My ultimate goal is to restore all this land back to a natural state,” said Blaine McKinnon, battalion chief for the Yurok Fire Department.

Relations with federal and state authorities have improved. But cultural fire leaders say pledges of cooperation aren’t always carried out by local officials, who fear dismissal if fires get out of hand.

Craig Tolmie, chief deputy director of the California Department of Forestry and Fire Protection, said the agency tries to balance the tribes’ desires for more fire with opposition from a jittery public.

“People have really been traumatised and shocked by the last two fire seasons,” Tolmie said.

Under new state laws, tribal burners and front-line regulators will work more closely, he said. One measure requires his department to appoint a cultural burning liaison. Another makes it easier to get liability insurance for prescribed fires.

Still, Tolmie argued that many areas first should be “pre-treated” with mechanical grinding and tree thinning to reduce decades of accumulated debris.

The mid-Klamath area is ideal for a teaching centre where cultural burners could “guide us into a new era of living with fire”, Tripp said.

Tribes are uniquely positioned to train younger generations about stewardship-oriented fire management, said Scott Stephens, an environmental policy professor at the University of California, Berkeley. “We’d need literally thousands of people doing this burning to ramp it up to a scale that’s meaningful,” he said.

Talon Davis, 27, a member of the Yurok crew, welcomed the opportunity “to show the world what good fire is.”

“This is how we’re supposed to care for Mother Earth,” he said. “Put fire back on the ground, bring our home back into balance.” – AP/John Flesher 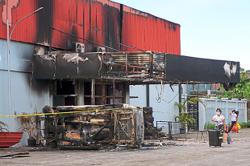 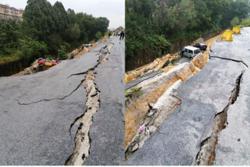 How the Winter Olympics are under threat from climate change
5 quick spring-cleaning and decor tips for Chinese New Year
Welcoming The Year Of The Tiger With Excitement And Joy
What if jewellery could be made from ewaste?
Herd the moos? Latvia’s symbolic blue cow is back from the brink
This edible natural coating could cut waste and boost shelf life
Lou and behold
US approves new antibody treatment for arthritic cats
Water to dust: As the Aral Sea dries up, some battle for its survival
Why a simple desk lamp is not enough when working from home