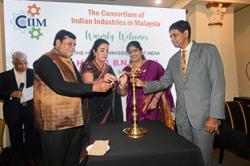 In 1965, I was awarded the Colombo Plan Scholarship to study Medicine in the Grant Medical College, a prestigious medical college in the bustling city of Bombay (now Mumbai).

In the 1960s, Bombay was already crowded, with eight million people. The streets were congested with only three types of cars, all made in India but based on the old models of Morris, Fiat and MG. Public transport was with two city train systems and many public BEST buses. However, we dreaded to travel during the rush hours because of the overcrowding. Surprisingly, the citizens followed the queues quite orderly.

At least 20% of the population lived in slums. Many even lived on the streets, with just plastic, wood or canvas as shelters. They would cook on the streets and ease themselves on the nearest walls. The side gate outside our college was a public toilet.

I arrived in June 1965, in the midst of the monsoon season which could make life depressing. It would rain every day for three months, with intermittent sunshine. The frequent changes in weather were detrimental to health. Most newcomers got sick in some way or other. Fortunately, in my five years there, I only had occasional diarrhoea and flu. For the rest of the year after September, the weather would be dry and many outdoor events could be held. The winter was just cool.

The Grant Medical College, GMC for short, was the second oldest medical college in India, founded in 1845. The students’ hostel was built more than 50 years before. The lecture halls were big, to cater for 200 students sitting on long, wooden, black benches placed in steep incline. There was no air-condition and only a few ceiling fans.

There was no ragging in the college, except that during an orientation tour of the campus, water was thrown down on us.

One senior told us to get vaccinated against VD and warned us to be careful in lavatories as the syphilis spirochetes could jump!

The Indian accent was not so distinct in Bombay. The students and staff were quite fluent in English, except that they spoke too fast. They were fond of asking questions with their statements, for example, “You are going there, no?”

The local Indians were quite amused by my “chinky” eyes and lack of body hair. They asked whether I could see properly with such narrow eyes! While most of them would shave twice a day, I needed to shave only once a week. When they made fun of me, I would reply that less body hair was a sign of a higher stage in evolution!

The professors were quite stern-looking but the junior lecturers would come and joke with us. Our Professor of Anatomy was fond of saying, “Do you understand?” There was one tutor with a bushy moustache and a booming voice. He would make sure that his words were not kept to himself. Another tutor, less forceful, would suddenly stop in the middle of one's dissection and say, “Do you want to hear a joke?”

Bombay had its share of entertainment. There were many cinemas, with six catering to English movies. The popular movies would last for months. There were also regular plays and music recitals. Students could go the nightclubs for evening tea and dance where the charges were affordable. Many of the girls in the college were conservative; most of them had long, braided hair. The Muslim girls were even more traditional and would not even talk to you outside the college. However, very few wore the tudung then. Their daily dress was the salwar kameez, pants with long dress. The Christian girls from Goa and the Parsees were very friendly and had less inhibition about attending socials and dates.

The food could be boring and stale. Fortunately, there was a special canteen which served meat, as the other canteens only served vegetarian food. Chapattis were unlimited but rice was rationed to about a cupful. The dishes were not so spicy, though every dish was yellowish brown, from the spices added to them, whether it was soup, dhal, vegetables or meat. No beef or pork was ever served. There was no soy sauce.

I managed to survive the Indo-Pakistani war, famine and riots. Bombay was most fortunate to be one of the least affected areas in India. There was rationing of wheat, rice, oil and sugar. Indians were given ration cards to buy limited amounts of these foodstuffs at subsidised prices at the government Ration Shops. However, more could be purchased on the black market.

On Mondays, we were supposed to skip dinner, and restaurants had to stop selling solid food after 6pm. Another tragic event occurred later when there was an earthquake near the Koyna Dam in Central India, about 500 miles (805km) away from Bombay. I was sleeping then, when I suddenly felt my bed shaking. I got up and tried to control the bed from shaking!

Because of foreign currency restrictions, imported products had to be obtained on the black market. Liquor was prohibited in almost all states of India. US dollars and UK pounds could be exchanged in some shops at twice the official rates. To buy a foreign product, we needed proof of foreign currency in our bank. Even to book an international air ticket, we had to show our bank draft in foreign currency.

We had a Malaysian Students’ Association, with 100 members, which was reputed among the foreign students. We would meet monthly, and we held picnics, tours, dances and parties. The highlight was the Malaysia Day where there would be about 500 members and guests for a dinner with Malaysian cultural songs and dances, including the bersanding ceremony, lion dance and judo.
Article type: metered
User Type: anonymous web
User Status:
Campaign ID: 46
Cxense type: free
User access status: 3

Japanese giant wants soy sauce to be the 'ketchup of India' 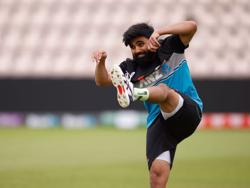