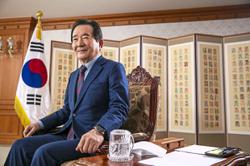 Here’s why we urgently need to teach the younger generation how to manage money: In 2019, almost half of Malaysian households were in debt, with over two-thirds of bankrupt borrowers between the age of 25 and 34. － Filepic/The Star

A few weeks ago, Finance Minister Tengku Datuk Seri Zafrul Abdul Aziz highlighted that 47% of Malaysian youths have high credit card debt, and advised, “Do not save what is left after spending, but spend what is left after saving”, adding “prioritise your purchases, whether it’s a new outfit or new phone, or, like what one of my nephews wants, a PS5”.

The immediate reaction by some was to say, it’s easy to talk about savings when you were earning nearly RM10mil in your last job. For many Malaysians, it’s tough to make ends meet for food, never mind a games console.

Meanwhile, I was encouraging the mother of a nine-year-old to get a debit card for her daughter. Because clearly the way to teach a child how to be financially responsible is by showing them how easy it can be to spend money....

The minister is not wrong in that many Malaysians face financial difficulties. His data was from 2018, so the situation might be even worse now. But the critics are also correct. The starting salary for fresh graduates in Malaysia averages between RM1,949 and RM2,836 depending on the industry (according to a 2019 Jobstreet salary report). This is uncomfortable given that Bank Negara Malaysia’s estimate that a comfortable living wage for a single person in Kuala Lumpur is about RM 2,700 (and this was for 2016).

The result? In 2019, 45.7% of Malaysian households were in debt, with over two-thirds of bankrupt borrowers between the age of 25 and 34. Should I really be encouraging young children to have a card of their own?

Perhaps we should put the blame on Bank Negara Malaysia. After all, it allows banks to issue credit cards and for people to take on debt. In fact, you may be surprised that a bank in Malaysia can offer a credit card to children (though Bank Negara Malaysia regulations say you have to be at least 21 years old to be a principal cardholder). This particular bank offers the card under the parent’s name and allows them to let the child use it. (Also, it is a debit card which limits what you can spend to what you have loaded onto the card.) The card can be used at any location that accepts Visa cards, and every time it is used, the parent gets a notification on their handphone.

Is giving a child this kind of power in their pocket a good way of teaching them financial responsibility? A study by ING group, the multinational banking and financial services company, concluded that children who receive pocket money are “more likely to develop strong financial planning skills in later life” and “are much less likely to be in debt”. Those who received pocket money as a child will also exercise more control over their spending than those who didn’t.

The only difference then in giving a child a credit card is that they are spending money electronically. The advantage of having a child manage physical money gets them used to adding and subtracting numbers (since with a card you just tap it and go). However, the benefit of a card is that it saves time and in many ways is more secure.

Getting people used to managing money from as young as possible is a good idea, I think. The Malaysian National Strategy for Financial Literacy 2019-2023 lists this as one of its recommendations. It also reports that one in three Malaysians rate themselves to be low in financial knowledge. Even worse, three in 10 working adults need to borrow money to buy essential goods.

I guess the question when it comes to cards for kids is how does it teach them how to plan spending their money? If the money in the card is always topped up by the parent when they need it for something, then I would argue that you’ve lost the opportunity for a lesson. But if they have not quite enough to buy what they want immediately, then they need to sit down and plan how they are going to go about getting it. Will they sacrifice something so they can get something else? Will they be willing to wait until they have saved enough?

What is interesting is the contrast between the benefits of pocket money for children and the argument about something similar for adults. There is a push that countries should adopt Universal Basic Income (UBI) as a way to mitigate issues of poverty and debt.

The good news is that many countries around the world have set up trials with UBI, and the conclusion of many studies is that it improves happiness and health (judging by results from countries as varied as Canada, Brazil, Finland, Germany, India and Japan).

However, I would be interested to know whether it means people will manage their money better. I have not seen any real results on this yet, but my guess would be, unless there is a real initiative to help educate people on how to manage their finances, then things will not improve.

Take for example lottery winners, or people who receive unexpected windfalls. If people are given a chance to be free of debt and generate passive income, do they take the opportunity? Unfortunately, the Certified Financial Planner Board of Standards in the United States says that nearly a third of American lottery winners eventually declare bankruptcy, while a study on lottery winners in the state of Florida concluded that in some cases, winnings will “only postpone bankruptcy rather than prevent it”.

It may be that the truth is that when it comes to financial planning, the Covid-19 pandemic would have bumped people in the direction they were heading in anyway. If your finances were secure, with a number of passive income streams and healthy emergency savings, then you will emerge from it in roughly a similar position. But if you were already living hand to mouth and had very little to fall back on, and were poor at managing money, then it would have pushed you further down. It is rather telling that when Bank Negara Malaysia offered to mediate loans if your income was disrupted, it received 1.5 million applications, 95% of which were approved.

In the end, money is not an end but a means to an end. And the truth is, until you can manage your means, that piece of plastic in your pocket is a risk rather than a reward.