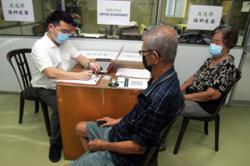 Despite the rollout of the Covid-19 vaccination programme, this is the future of holidays for many, many months to come: Within state borders, physically distanced and masked. － AZHAR MAHFOF/The Star

It's a sign of the times when what a child wants for her birthday is “For Covid to be over so I can go on a holiday together with my cousins”. I suppose I can put away that Lego set I bought on discount for next year, then.

But I have to tell the kid something about what happens between now and whenever the new normal will come to be. Last year’s birthday was already somewhat curtailed by the government’s advice to not visit too many people; for this year’s birthday, the advice is enforced by law.

One thing is certain is that there is a risk that it will all spiral and seem beyond hope if we don’t indulge in some self-care. A survey conducted in the United States concluded that there is a three-fold increase of symptoms of depression among adults since the pandemic began. Two demographics identified as being more susceptible than others are having a lower income and lower savings. Although money doesn’t necessarily buy you happiness, it does a lot to maintain a roof over your head and keep your family in good health. I am so very grateful that, for the time being, those closest to me are still on the right side of that balance.

But I have friends who should be similarly blessed in terms of financial comfort, yet what they crave is social interaction. This is unsurprising, given that another identified stressor leading to depression is living on your own during this pandemic. And I can see it in the WhatsApp chats of acquaintances who are single pining much, much more about missing human contact and intimacy.

All this is because of lockdowns. Are they really necessary? The argument is why should we do it again, since it doesn't seem to be bringing down the number of Covid-19 cases in Malaysia?

The truth is that lockdowns do work. It’s just that they’re not meant to be done once and never again. They are a way of slowing down transmission of the virus so that the number of cases go down significantly, hopefully all the way to zero. It’s a step to eventually reaching a destination, not a solution in itself.

This is roughly what the Malaysian movement control order in March 2020 was about, but the current phase isn’t quite as strict. Specifically, shops and restaurants are open, and people are allowed to work in factories. As a result, how effective the intervention is in bringing numbers down is also different.

The big reason why the government hasn’t completely clamped down with a full-scale lockdown is because of the potential economic losses.

Prime Minister Tan Sri Muhyiddin Yassin said in April 2020 that the MCO in March 2020 incurred an estimated RM63bil loss to the economy, or about RM2.4bil a day. The current version of lockdown in 2021 estimates economic losses at RM750mil a day. Both numbers, I believe, are still too high for some decision-makers.

The University of Vienna paper recognises that a lockdown isn’t a single “yes” or “no” but a combination of many different measures. The question is whether there is a smaller combination of measures that works better than others.

One less costly intervention is an improved communication strategy about the risks of Covid-19 transmission and how to mitigate them. In Malaysia, this is manifested as the government continually informing us about “the 3Cs and the 3Ws” (avoid Crowded places, Confined spaces and Close conversations; and Wash hands, Wear Masks and Warn others to keep their distance), and the messaging as it is, is probably fine.

But is the message getting through to all of us? I would argue that part of the problem is that the decision-makers themselves seem to be uncertain about how serious this message is.

Then there is a question of walking the talk. When you see high-profile government officials going around with masks under the chin (or no mask at all), or having meals together in large gatherings, then are we surprised that people are not sure how seriously to take the message? (And I’m not even talking about the different quarantine periods for different people like ministers returning from travels abroad.)

What exactly is Malaysia's strategy to fight this pandemic? To be honest, based on what we are doing (rather than what we are saying), it seems to be to maintain the number of daily cases in the low thousands so they don't overwhelm health services, and at the same time wait for the vaccine rollout to eventually bring the numbers down.

If that is the case, then we are faced with the reality that we may have to stay physically isolated from one another for perhaps up to a year. That means my conversations with the younger family members need to be about how we cope day to day, week to week, for many, many months yet to come. The “now” is the normal we have to get used to.

In the meantime, out will come more than a few Lego sets that we can build together, and perhaps express by way of plastic bricks the hope that by the next year’s birthday we can be somewhere else far away, with those closest to us.

Contradictheory: The politics of social media 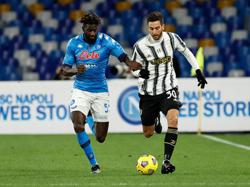