New year resolutions for 2021 include not taking things for granted. Photo: 123rf.com

If you had asked Pepper Lim a few months ago what adventures he had in store last year, the 52-year-old tuition teacher and author would have told you about his plans to cycle from Kuala Lumpur to China on an electric bicycle.

He had charted out a course for 60 days, which included stops at various green technology organisations and electric bicycle companies along the way.

He also had a book, Dear Paprika, all ready to be launched at the annual Popular BookFest@Malaysia, initially scheduled to be held at the Kuala Lumpur Convention Centre in mid-2020.

But as how most grand plans for the year went, he had to postpone both the cycling trip and the book launch due to the Covid-19 pandemic. Dear Paprika, a series of letters from a father to his daughter about life, love and getting the most out of them, is now scheduled for a 2021 launch.

“There are so many uncertainties during these tough times and you just have to roll with it. What I learned from last year is that you cannot expect things to be like what it used to be. It is important to hope for the best, but prepare for the worst, so that you aren’t completely devastated when the unexpected happens, ” he says. Lim resolves to train harder for his upcoming cycling trip, either to China or around Peninsular Malaysia. Photo: Pepper Lim

Lim certainly sounded upbeat during our conversation. Although many plans were scuppered this year, he remains optimistic and redirects his efforts to finding solutions to the challenges that come his way.

“I don’t want to feel down and mope around at home when things don’t work out as I want them to. We have all experienced this during the pandemic. So one of my new year’s resolutions is to be more creative and resourceful in finding new ways to tackle new problems. Don’t be afraid to change something that you have worked on. We really have to embrace change; this rings so true, ” he says. Lim’s cycling trip has been postponed to this year. He will be riding for charity and also to spread awareness of cycling as a viable mode of transport.

If the China trip doesn’t work out – due to overseas travel bans, for example – he will make a trip around Peninsular Malaysia instead, and increase the distance from 4,000km to a whopping 10,000km.

“If it’s in Malaysia, I plan to do it in 50 days, which means I have to cover an average of 200km each day. I think the biggest problem will be if my bum can take all that sitting on the saddle!” he says, laughing. 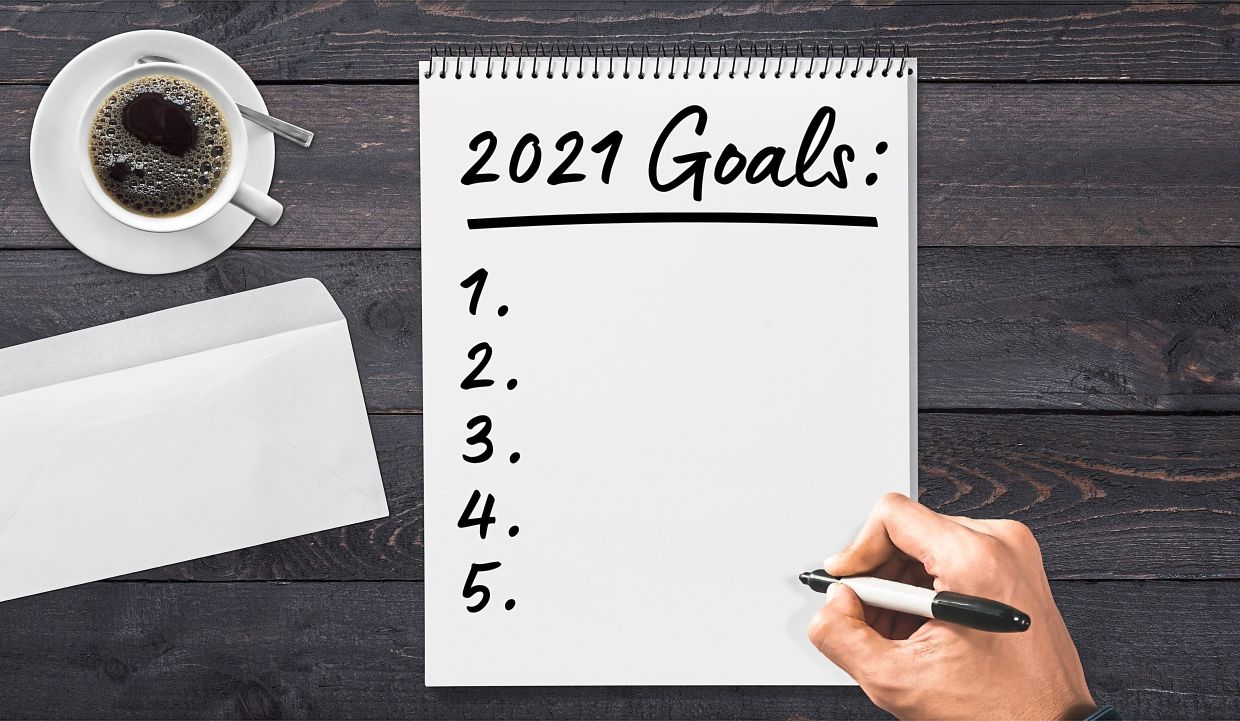 "It is all too easy to make new year’s resolutions and then break them. So I tell myself that they should not be too rigid, and I always have a game plan to see me through," says Lim. Photo: USA-Reiseblogger/Pixabay

The avid cyclist has been organising bike outings in recent months, calling it a great form of exercise that is also Covid-19 SOP-compliant. With interstate travel restrictions lifted in December, he and his cycling buddies have been spending time exploring various trails.

This year, he plans to up his game and be in top form for his trip. But it is not the only thing he has set his sights on for 2021.

“I will either learn a new musical instrument or brush up on my bass clarinet playing skills. It has been a few years since I started playing the bass clarinet but I am really bad at it because I never practise.

“I also have the ukulele and Yamaha’s Venova (wind instrument) at home that I have yet to pick up, ” he confesses.

Lim is also currently working on a comic book on Peranakan heritage and customs, with the working title Amboi! Modern Nyonya: A Peranakan Heritage Handbook, that he plans to complete this year and launch in 2022.

“It is all too easy to make new year’s resolutions and then break them. So I tell myself that they should not be too rigid, and I always have a game plan to see me through. I am taking it one day, one week, one month at a time, and always remind myself to set short-term goals and targets along the way, and to rejoice in all the little successes, ” he says. 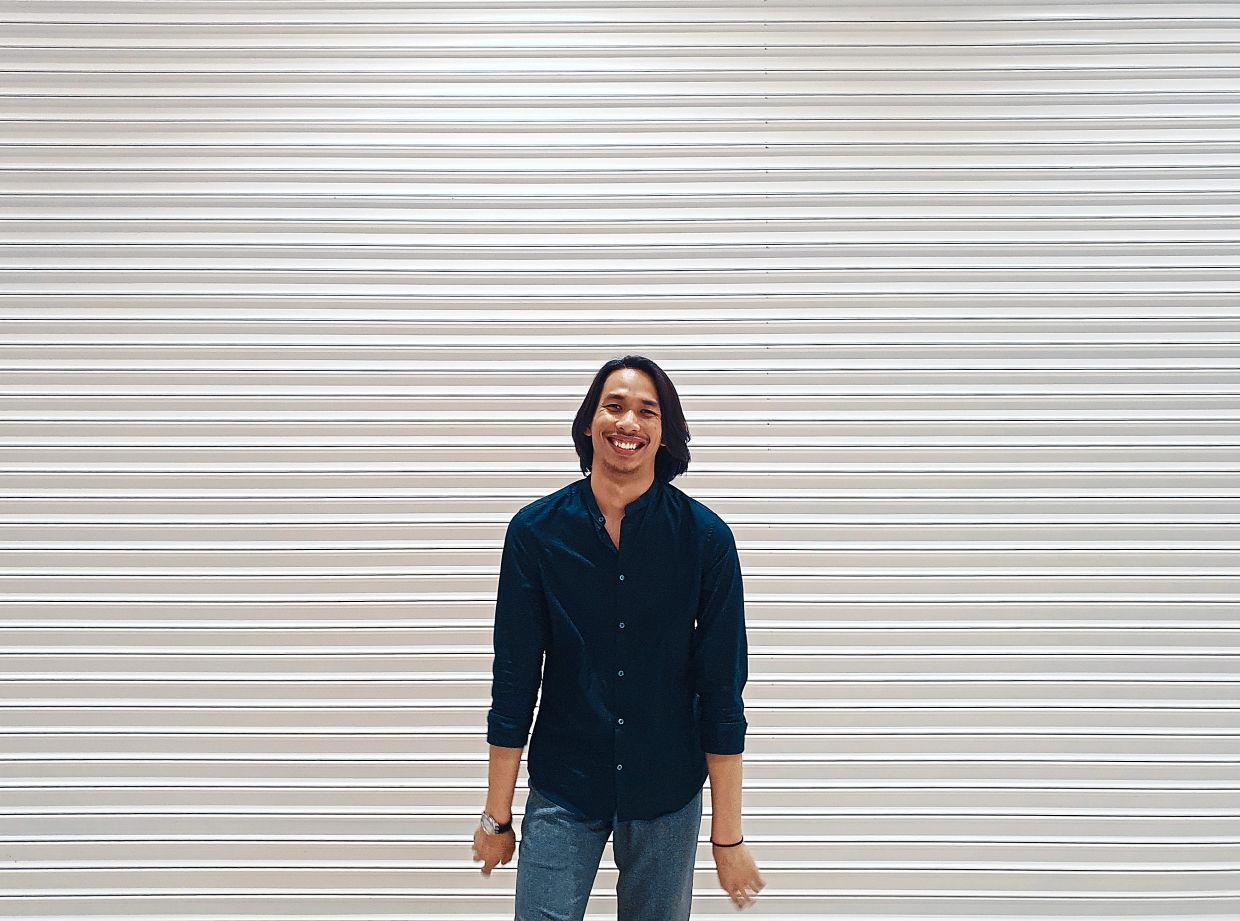 When the movement control order came into effect last year, public relations officer Nazreen Nana, 25, felt it keenly when he could no longer go for long drives in his car.

“It was hard being forced to stay indoors. I really like driving, so whenever I have to clear my head, I will go on a night drive, listen to music and sing my heart out in the car. During the MCO, I only drove for grocery runs. That took not more than 20 minutes per trip, so I couldn’t sing that many songs!” he says.

Once the interstate travel ban was lifted, he wasted no time in organising a balik kampung trip. After months of not being able to do so, singing and driving never felt so liberating.

Reflecting on how the year has been a very unpredictable one because of the pandemic, Nazreen says that he never imagined that something like this would happen.

“The whole world practically came to a stop. It made me rethink a lot of things and taught me never to take things for granted again. I usually don’t put that much thought into new year resolutions, but 2020 has definitely given a whole new vibe to making resolutions. It has given me a different perspective on what I want to do, in what I hope would be kind of a post-Covid time, ” he says. Looking back on the past year, Nazreen recalls how staying at home for a long period of time without any social interaction made him feel anxious and distressed.

“Before the MCO, I was kept busy with work and often met up with friends and family. But when I started working from home and could not go out like I used to, I realised how it made a world of difference being able to talk to someone, if not in person, via a video call or a chat. Therefore, my new year’s resolution is to keep both my mental and physical health in check, ” he says.

Besides that, he shares how he would like to welcome the new year the typical Malaysian way – with a food adventure.

“2020 was a year with hardly any travels, so going on a weekend trip soon would be nice. I would also like to go on a food hunt to places I could not go to during the travel ban, ” he says, adding that he is also determined to cherish the simple things he used to take for granted. 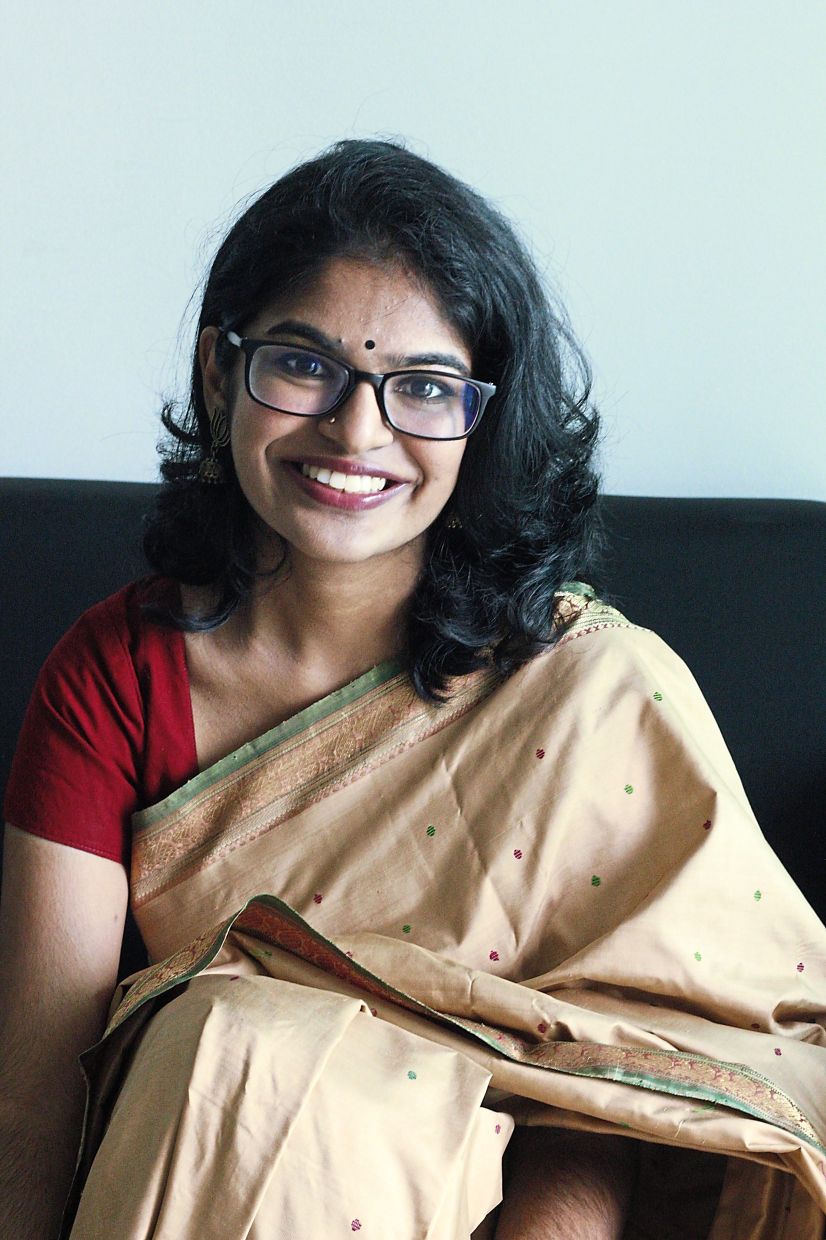 For customer care professional Puvina Balakrishnan, 25, the past year has been a tumultuous and emotionally draining one. She started her first job early last year, but two weeks into her training, she had to start working from home.

“While my employers did everything in their capacity to make things seamless and safe, not having physical support took a toll on me. When I started to have trouble coping with work, having my room as both my office and also a place to relax suddenly became too much to handle, ” she recalls.

Her struggles were compounded by the fact that she worked the night shift. When everyone was asleep, she was hard at work. When others were up and about, she had to catch up on sleep. That meant even less contact with loved ones, which affected her too.

On the outside, it might have looked like she had it all together but inside, she was falling apart.

“I learned who had my back when I hit this low point in my life. There were friends who became like family to me, and colleagues who became friends. They stood by me, called me even when I didn’t feel like talking, and reminded me that it was alright to not be so hard on myself. Sometimes you just need someone to tell you that it is okay, ” she says.

She was ready to walk away from it all but this support gave her the strength to stand tall and persevere in the face of adversity. Among the things Puvina looks forward to this year are road trips with good company. Photo: Rudy and Peter Skitterians/Pixabay

“You have to remind yourself you are strong even on days when you don’t believe it.

“Cry when you want to, seek help when you need to. And do not tolerate disrespect from anyone, ” Puvina says.

Like Nazreen, Puvina has also never been big on resolutions, but her struggles this year changed everything.

“Last year was definitely a roller coaster year for me. I had to learn and relearn how to manage expectations and set boundaries. Life surely threw me a curveball with the virtual working experience. But I held on to a motto – one day at a time. It kept me grounded and held me together, ” she shares.

Puvina has a list of resolutions she will keep in mind: build self-discipline, always be there for people who seek help, cherish her loved ones, and set boundaries for herself.

“I will say no when I want or need to. I have been telling myself to take a breather and that there is nothing to rush compared to previous years where I was always anxious as to what the future had for me, ” she shares.

On the fun things she has planned for the year, she looks forward to lots of road trips with great company, food, music and laughter. She has fond memories of a spontaneous road trip with a friend two years ago, where they threw caution to the wind and just went with the flow.

“There were no set routes and no pre-booked hotels. We didn’t use the GPS; we read signboards instead. I loved it and it will always be one of my most cherished memories.

“This year, instead of travelling out of the country, I can’t wait to have an adventure in Malaysia, ” she concludes.

Living through a year of ‘blursdays’

New year, new you: Apps and gadgets to help you stick to your New Year’s resolutions

Asian coastal cities sinking fast: study
And the top global city for coworking is... London!
Chance blueprint discovery reveals world's oldest passenger lift
How urban trees are (also) under threat from climate change
Design tips: Making it work with mauve and black
Listening the right way can be a great gift to your loved ones
Australian wins world’s best barista title with honey-hibiscus coffee creation
Israeli researcher develops low-carbon insulation material based on mushrooms
How to get your coffee fix at a lower cost to the environment
Farm owners in sizzling California get creative to keep their animals cool