Contradictheory: My secret to losing weight (it's not what you think) 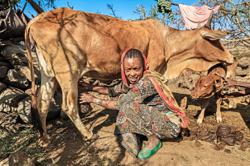 Maths helped our columnist go from looking like Hill (left, as Donnie Azoff) to more like DiCaprio (as Jordan Belfort in a still from 2013's 'The Wolf of Wall Street'). — Paramount Pictures

The doctor also told me the good news: All these problems could be alleviated if only I lost some weight.

That was in July last year when I weighed 103kg. Earlier this week, I weighed 73.6kg. Basically, I went from looking like Jonah Hill in The Wolf of Wall Street to becoming Leonardo DiCaprio (but less intense).

The change has been so obvious and stark that many have asked me how I did it. And my answer is a rather mundane one: I exercised more than I ate.

I get the feeling that people are not particularly excited to hear this. I think they hope I’d say, “I started eating only kale”, or “only foods that have the letter ‘t’ in their names”. Somehow, the advice to “eat properly, exercise more” seems so uninspiring. So then, they ask me, “But how did you do that?”. And I say, “counting calories”, which turns a dull answer into one that is both geeky and dull.

But, hey, since this is my column, indulge me, please.

I wear a smartwatch that records how active I am over the day, including how many calories I’ve burned. I also have an app where I keep a food diary of what I eat and it calculates how many calories I’ve consumed. The simple objective is to burn more calories than I take in. It’s a strategy that works for me. I’m the kind of guy who likes to have quantifiable measures and objective targets, and it gives me something clear to aim for.

Every day then can become a game of “Have I exercised enough?” or “Can I eat more?” But I have to be careful. It’s possible to develop tunnel vision about the pure numbers and miss the big picture. I mean, there’s that famous story of somebody who lost weight while only eating fast food. It worked because of strict calorie counting, but it’s not necessarily healthy.

It’s important at this point to talk about weight-loss programmes: It’s easy to lose weight, it’s hard to keep it off. A meta-analysis of US studies on weight loss concluded that nearly 80% of people who lose weight eventually regain it within five years. The reasons why can be complex (and well beyond the scope of 900 words on a Sunday morning), but it led me to this phrase I picked up early on: “Redefine your relationship with food”.

I don’t mean to go all New Age-y on you, but it’s a little like the relationship you have with your friends. How do you choose your friends? Do you make friends at work with people who are most likely to help you get a raise? It’s not technically wrong but it may not be the healthiest way of doing things. And if you don’t enjoy their company in the long term, you’re not going to be happy.

So I made a decision that while I was going to watch what I eat, I wasn’t going to abandon lifelong friends like nasi lemak, pisang goreng and fried chicken. Yes, we weren’t going to meet up as often but I love them too much to let go of them completely (although half-portions are more the norm now).

I find that the pareto principle – 80% of consequences come from 20% of the causes – works even when trying to diet. So 80% of calories come from very few foods, and it’s finding those two or three foods that you really can do without. And conversely, to find that 20% of foods that are delicious while being healthy and filling – for me, apples, carrots, and sweet potatoes.

Then there are foods that I can live without because I found substitutes that were just as satisfying, while being healthier: roti canai (replaced with tosai), and teh tarik (now teh c, ie, tea with unsweetened evaporated milk rather than sweetened condensed milk).

The long-term objective is to move to a diet that is sustainable, to learn how to eat food in a way that’s the same whether I am trying to lose weight or maintain it.

Of course, diet is only one part of the equation. The other is exercise, and there is a degree where one compensates for another (eg, if I know there is going to be a family gathering with a meal, I exercise a bit more in the morning). Ideally, I would prefer exercise to be part of daily activity (eg, I usually take public transportation if I have to go to a work event, and there’s a fair amount of walking involved), but frequent lockdowns this year meant I have to now make the time to go for a walk.

Ultimately, it’s a mindset of taking responsibility for the task, and not immediately assuming that failure to lose weight is the fault of your diet, or your metabolism, or your friends who force you to join them for meals. Yes, those are all potential issues, and I would encourage talking to your family, friends and doctor to try to find solutions.

Even though I’ve now reached a “target weight”, I’m still on the journey. The next step is to go for the annual physical checkup which will happen once Covid-19 numbers in the Klang Valley drop to a low enough level. Hopefully the diagnosis is that I am healthier now than I was a year ago.

I sort of threw a jibe at Jonah Hill earlier, but the truth is that since The Wolf of Wall Street in 2013 he too has shed (and regained and lost again) weight over the last few years. In an interview he said, “I’m under construction, like we all are”. So let’s just get out there and build a better version of ourselves.

Contradictheory: How lies can become truth