U.S. Louisiana to tighten COVID-19 restrictions ahead of holiday

At a 930sq m hangar under the West Seattle Bridge, the United States, the employees at Decorative Metal Arts can vouch for giving feral cats a home.

Amid the clanking and grinding noises of the shop, you’ll find a pair of Siamese males. You can spot them looking at you from behind the stacks of supplies. Or just stop by a storage room where they have their own beds, litter boxes, food dishes and a heater set up for the cold winter months.

“We’re below sea level, and we have a lot of homeless encampments around. With that comes a lot of garbage, and a lot of rats. There were times when I was working, and a rat would run right past me,” says Marie Trybulski, lead finisher at the shop.

These were nasty-looking rodents, at least 15cm long.

“They work as a team,” Trybulski says about the cats. “One of them chases the rats out of a space, and the other one goes and catches them.”

The infestation is gone. Sometimes, presumably to show they’re still on the job, the cats leave rats “as gifts”, she says.

The Craigslist posting was placed by Deb Sorensen, 69, who 10 years ago was one of three founders of the Alley Cat Project. Although there are a few other feral-cat rescue groups in the area, this group of 20 volunteers deals only with Seattle cats and mostly places them in the city.

Each year, the group traps about 300 cats, of which two-thirds are kittens. All are spayed or neutered, and microchipped. As they can still be socialised, the kittens are adopted out to homes.

Adult feral cats are simply too wild to be adopted out, so they are returned to their original site where, most of the time, someone has been feeding them, says Sorensen. “We know they’ll continue to be fed.” 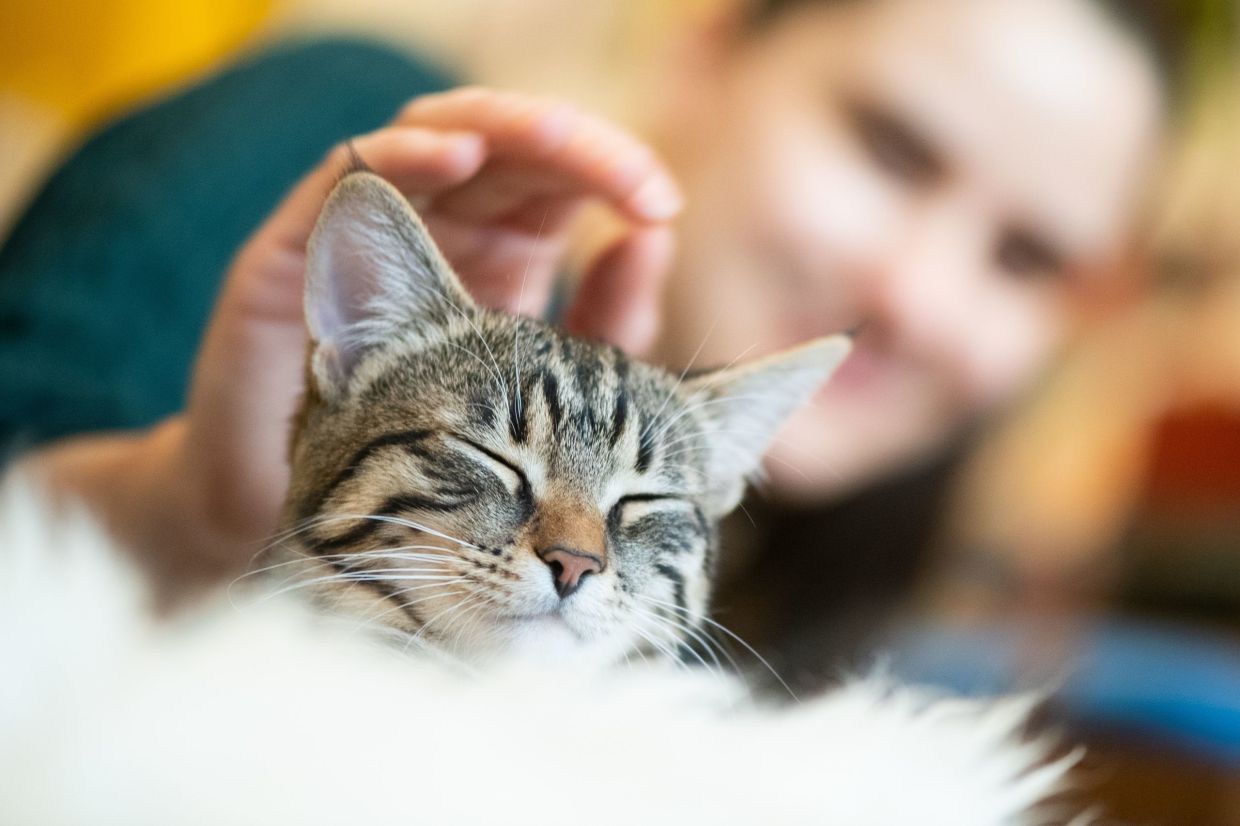 A house cat enjoys being stroked by a human. In contrast, adult feral cats can't be turned into pets. — Franziska Gabbert/dpa-tmn/dpa

In the past decade, Sorensen says, her group has also placed some 300 adult feral cats in breweries, restaurants, a florist, a concrete works factory and various shops. Some have been trapped by the Alley Cat Project but most come from the Seattle Animal Shelter. The feral cats have been trapped and brought there by individuals, and then transferred by the agency to the rescue.

“There’s no difference genetically between a feral cat and a pet cat,” says Sorensen. A group like hers, she says, reduces the population of feral cats through spaying and neutering.

Consider the life of a feral cat, she says: “Short and brutal. They are not wildlife. They mostly survive by dumpster diving and hunting rodents.”

Sorensen’s career has been varied. She was a paralegal, then a theatre costume designer. She has always had an appreciation for cats.

The coronavirus pandemic, of course, has brought much of everyday life to a halt. On March 23, as business dried up, the Decorative Metal Arts shop went on standby, says Trybulski. But someone goes in every day to check on the cats, she says. They’re doing fine.

Out in the rural areas of the county, there are places that’ll take feral cats so they can become barn cats. “These cats have been deemed not adoptable as house pets at shelters, ” Sorensen wrote in her Craigslist post. “You’ll be giving them a second chance.”

The two cats at the metal shop came from Sorensen two years ago. They’ve been named Skidmark and BK. Don’t expect feral cats to develop a cuddly personality. At the metal shop, Trybulski says the two Siamese eventually let her pet them, and they do hang around the 12 employees.

In February, Whitney Phillips, one of the Alley Cat Project volunteers, trapped a colony of seven cats that had been hanging around an older, two-storey commercial building. It was scheduled for demolition to make way for a six-storey, 73-unit apartment complex.

The cats had found a home in the empty lot around the site, in container boxes, assorted junk and tall bushes.

Phillips, who lives nearby, would come around six days a week and leave food, and even constructed sleeping quarters for them out of Styrofoam boxes.

Phillips is 37 and has worked with cats since she was a teenager, helping her mum, also a cat rescuer. Phillips is a partner in Better Kitty, a business that grooms cats in their owners’ homes. Seeing all those stray cats, she says, “I just couldn’t forget about it. I had to start doing something.”

At the property in the Columbia City area, Phillips says she’s never named the feral cats, even if at least one would recognise her.

“I respect their wildness. They’re not bonded and probably never will be. They’re living their lives the only way they know how, ” she says. “We are the guardians to them, making sure they get fed and medical help if they need it.”

It didn’t take long to trap the cats. Near a hedge, Phillips put out three cages, covered with a towel. She put some canned cat food at the opening.

Soon, a male cat stopped by the opening and began eating. A trail of food led the way inside. He took his time but couldn’t resist. Halfway into the cage, he stepped on a metal plate and the trap shut.

Last year, 368 cats were trapped, the kind you might see darting through an abandoned lot. One-third, too wild to be placed in a home, were neutered and taken back to their original sites. The other two-thirds, says Sorensen, are kittens which can still be socialised and fostered for adoption.

The coronavirus shutdown has also meant the shutdown of such clinics as the Feral Cat Spay/Neuter Project in Lynnwood. Until a clinic like that reopens, says Sorensen, trapping feral cats is on hold. She expects a population boom of kittens in a month or so.

Researchers have had a hard time estimating the number of feral cats. They’re nocturnal and they avoid people. The seven cats trapped by Phillips ended up being taken in by Sorensen.

She is looking for a few light-manufacturing places, even breweries with all that grain in stock, to consider a feral cat or two.

Sorensen has placed two of those seven. She has a couple more possibilities, such as a waterfront restaurant that closed because of coronavirus and found that rats are moving in.

“I’m pretty picky about where I put cats, ” she says. – dpa/tca/Erik Lacitis

U.S. Louisiana to tighten COVID-19 restrictions ahead of holiday