When friends become rivals competing for the same job

Friends from college often end up applying for the same job. Do you share interview tips and try and work as a team? Or fight for your own career? Photo: Monique Wuestenhagen/dpa

Whether it’s a traineeship at public radio, a PhD post or a clerkship at a prestigious law firm, in some industries there are very few entry-level jobs and therefore very hard to come by.

Friends, or even two halves of the same couple, can find themselves in competition and the same thing can happen even to those who have already embarked on their careers.

So how do friends and couples deal with such a situation? First of all, they should be clear about their ground rules, says psychologist and coach Kristine Qualen.

“What goes around comes around, ” she says, and so clarity and fairness are key. Those who go behind a friend’s back to gain an advantage will create the potential for conflict. “Things that take place in secret can be explosive, ” she says.

Wilfried Schumann, who heads the Psychological Advice Service at the University of Oldenburg in Germany, knows all about the subject from his everyday work with students.

He recommends agreeing on a common code of conduct. “The most important thing is not to deny the situation you’re in but to speak about it openly and come to an appropriate solution.”

Two friends could for example agree to be sportsmanlike about it: only one person can win the job but the consequences of the battle for it can’t be carried over into the relationship.

Or they can agree not to see each other as competitors but decide to support each other and work as a team.

Anne Forster, who specialises in advising young professionals, says it’s “all about give and take, that’s what all professional life is based on”.

She doesn’t see it as a problem for two friends to apply for the same job or give each other interview tips.

But Qualen says that if friends want to help each other without ruining their friendship they need courage and internal distance in order to give each other honest – and therefore helpful – feedback.

But what to do when one person gets the job? “People can’t be completely indifferent, that’s just not how people work, ” says Schumann. But you have to be conscious that comparing yourself to others can be dangerous.

Often, it’s simply unwarranted because people have different talents and skills. Aside from that, the evaluations that take place at interviews are not objective, he says.

What’s important is not to let a failure get you down for long. “It’s always a mixture of luck, your form on the day, and lots of other things that you can’t influence, ” Schumann says.

He also recommends that friends or couples should focus on different things during their studies in order to avoid difficult situations although, he adds, “If you’re stifling a burning interest just because of a friendship, I would say the sacrifice is too great.”

Another possibility in that case would be for friends to stagger their studies so that they give each other a bit of space.

It can be especially difficult for couples who are following the same study and career path, he says. While some can be very good at helping each other out, “sometimes people don’t feel like equals and that creates bad blood”.

If one half of a couple notices that they’re starting to feel inferior, they should separate their relationship from their studies and seek support from other friends, Schumann advises. – dpa/Elena Zelle

How to get hired

Tiny homes that could house the homeless

Helping hand for the unemployed and distressed 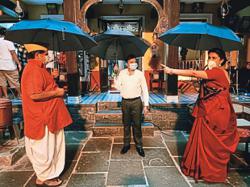 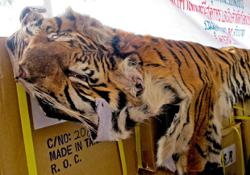 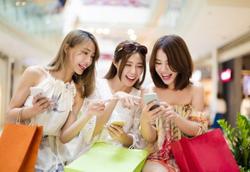