Helping hand for the unemployed and distressed

JOHOR BARU: Concerned groups have joined forces to address the problem of unemployment and mental health issues stemming from the Covid-19 pandemic.

MCA, Johor Indian Business Association (Jiba) and non-governmental organisation Johor Consumer Movement Association (PPPJ) have set up a task force to look into providing training and assist in job placements for the unemployed in Johor.

Johor MCA government coordinating affairs chairman Michael Tay (pic), who is heading the task force, said the move came about after countless telephone calls from the public who were finding it difficult to make ends meet.

“Figures show there are thousands of unemployed people in Johor, including those who were working in Singapore but were laid off due to the pandemic.

“Many cannot even put food on the table. They do not know what to do.

“Their anxiety is affecting their health, including mentally.

“We hope to help them through this difficult times by providing them with an opportunity to find jobs in Johor or elsewhere in the country,” said Tay.

He said the task force hoped to reach out to 1,000 job applicants and hundreds of employers during the next six months, starting from now.

He revealed that the task force was working with five companies at the moment to provide jobs to those affected.

“We hope to rope in more companies from all over the country soon.”

He assured that all the services were provided for free, including job-matching.

Jiba president P. Sivakumar said the association would assist in providing training in four different sectors to the unemployed, including in small-and-medium enterprises, healthcare, services and security.

“We have interviewed countless jobless people in the past months and found that a certain portion of the jobs here were taken up by foreign workers.

“For example, in the service industry and security industry, we found that many employers prefer to hire foreigners.

“The current situation calls for locals to be given the chance to get employment and we will help them,” he said.

Sivakumar said Jiba would also provide counselling to help those suffering from emotional distress caused by the pandemic and its financial implications.

“We have roped in mental health professionals for this as it is a serious matter and must be addressed,” he reiterated.

PPPJ chairman Md Salleh Sadijo said he hoped both Johor and Federal governments would make more effort to address the matter of unemployment rate in the state.

“Those who lost their jobs are in dire straits and facing psychological problems.

“They need help fast,” he said.

Members of the public keen to apply for training and job placement under the task force’s programme can download application forms from its Facebook page at www.facebook.com/pandemic.taskforce and email it to pandemictaskforce.jobseekers@gmail.com or call 017-201 8982 for more information.

Alternatively, visit Jiba office at No.02-09, Jalan Persiaran Bumi Hijau, Perumahan Molek Ria, Johor Baru. It is open on weekdays from 9am to 5pm. 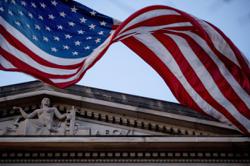