Car customisation is booming – but does it add any real value?

What could be more unique than your own fingerprint on the front hood. — Porsche AG/dpa

Michael Fux has pretty distinctive visions and desires, and as he became a billionaire selling mattresses, he could afford to indulge them.

He has a dozen sports cars and luxury vehicles, and most of them are specially tailored to his tastes, with colours you won’t find on any list of options for regular folk.

That means he has a pink McLaren 720S with a yellow interior, and a bright orange Rolls Royce Cullinan with white leather trim, to name but a few.

That might not be to everyone’s taste but it sure is rare and highly individual. With special equipment made to measure, billionaire Fux’s car is personalised with his own name. — Rolls-Royce/dpa

Luxury brands do pretty well out of such colourful visions – chat to the sales managers at Bentley or Bugatti, Ferrari or Aston Martin, and the price of their cars, high already, more than doubles if you ask for such special treatment.

No wonder even mid-class brands are becoming increasingly interested in this area and are seeking to fulfil buyers’ individual desires.

Such distinctive wishes are on the rise. “The more cars that are on the road, the greater people’s desire to stand out from the crowd, ” says Pforzheim design professor Lutz Fuegener.

Carmakers, seeking to oblige, are providing a range of outsize options for relatively little money. Just as with the VW Beetle and now with the VW T6, you can pick out a name and have it embossed on the sides or decorative console.

In Germany, die-hard fans of the camper van often pick out a name for the vehicle and have it written above the fender and on the step lighting too, for a mere 92.80 (RM460), says spokesman Jens Bobsien.

When it comes to individualisation, Porsche Exclusive Manufacture takes the whole thing a step further, building a car that’s as personal as a fingerprint. That’s literally the case, too, as the company has established what it calls a direct-printing process, which actually prints the lines of the owner’s fingerprint onto the paint.

“Individuality is very important to Porsche customers. And no design can be more personal than your own fingerprint, ” says Alexander Fabig, who heads that department.

Those interested can pay 7,500 (RM37,155) and send in their fingerprint, and at Porsche, the front hood of your flash new 911 is removed ahead of delivery and a robot sprays the unique lines of your fingerprint that have been processed digitally in giant swirly onto the sheet metal just like an inkjet printer, says Christian Will who works in production development.

The direct-printing process allows designs that wouldn’t be possible with conventional paintwork, and wouldn’t look and feel as good if they were laminated, he says.

Buyers of Minis have even more room to dream, with a longer list of colourful extras than most manufacturers offer, and the British makers have a Mini Yours Customised programme.

Press spokesman Andreas Lampka says this allows customers to actually design parts such as the inserts in the side indicators, and in the interior, to pick decorative strips for the passenger side, LED entry strips and LED door projectors via the website, incorporating patterns and even names.

That means the side of the car might suddenly say “Emily” and those opening the door at night will see the name emblazoned on the tarmac, thanks to the customised light projection. 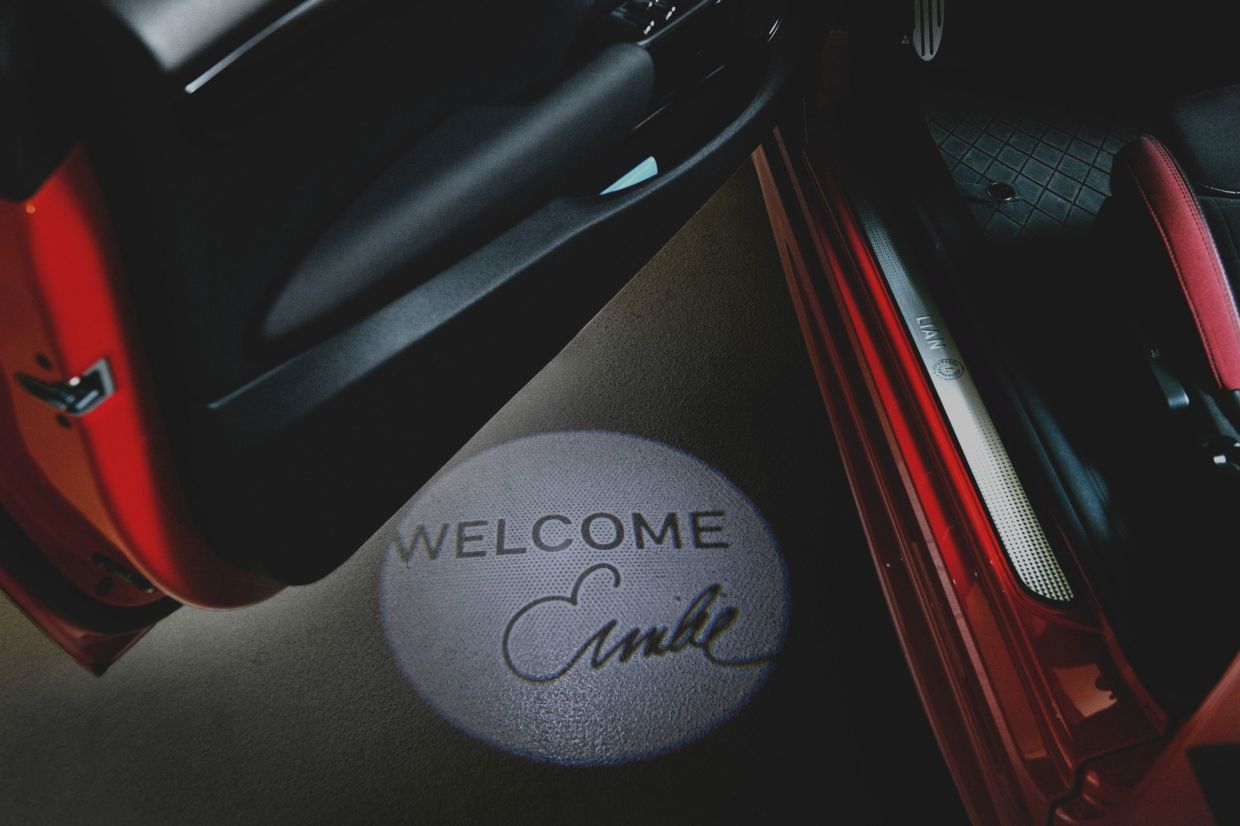 If you're buying a Mini, you can ask the makers to project your name in lights when you get into the car. — BMW Group/dpa

for a pair of LED entry strips. You can fit the components in your garage in a few easy steps, says Lampka.

No matter what you do with your car, you may love it but others might not be so sure, says

Hans-Georg Marmit from the KUES expert association. “At the latest, this could be problematic if you come to sell your car.” He suggests that anyone concerned about cash should check that it doesn’t cost too much to exchange the trim on the console or other parts.

The very first Porsche 911 to hit the streets emblazoned with a fingerprint is unlikely to bother anyone as it was tested by racing driver Mark Webber. Plenty of fans would dig deep in their pockets to get hold of a car with his outsize fingerprint decorating the hood. — dpa/Thomas Geiger

Dealing with bird poo on your car

What to do if your car breaks down

'Here's where I parked.' Your phone can already help find your car