Vertical farms, rooftop farms and computer-controlled growing environments are an emergent phenomenon in cities around the world, which are eager to take advantage of the many benefits of urban agriculture.

Drawing on new technologies and an enthusiasm for locally sourced organic produce, these promising initiatives have raised hopes for greater sustainability that will reduce the environmental impact of cities and agricultural production required to meet the needs of their citizens.

However, the question remains: will urban farms be able to produce enough food to make cities self-sufficient?

The vast majority of fruit and vegetables sold in cities are picked before they are ripe, and are produced using intensive farming methods, which do extensive damage to the environment.

In contrast, urban agriculture offers the hope that we will one day be able to meet the global challenge of feeding cities in a much more sustainable manner. At the same time, it also provides a solution to the need for high-quality and locally sourced fresh food.

Recent successes in the field speak for themselves, notably the US$4mil (RM16.6mil) in funding raised by IFarm, which provides software and technology to the vertical farming sector.

The Helsinki-based company manages heavily automated indoor farms in which produce is grown in vertically stacked beds with a host of technologies that include a wide range of sensors, computer vision and machine learning.

It currently has some 50 farms that are in development and is hoping to manage one million square metres of vertical farms and provide support for 500 different crops by 2026.

Is food self-sufficiency within reach?

It could be, notably with regard to vertical farms and certain crops. A recent publication in the interdisciplinary scientific journal PNAS has drawn attention to the potential of vertical farming to generate enormous yields of wheat.

Researchers have calculated, on the basis of theoretical values for the growth of wheat under optimal conditions, that a 10-storey building on a one hectare site could provide up to 1,940 tonnes of wheat per year, 600 times more than the average yield from traditional agriculture.

One of the reasons for this is because vertical farming provides conditions that would allow for five harvests per year instead of one. With the added advantages of doing away with the need for herbicides and pesticides, low water use and land depletion, vertical farms may well fulfill their promise.

Questions remain about the viability of projects

However, as it stands, urban farms are very expensive to set up, and only a very few are actually profitable. Taking advantage of their situation in cities, most of those that are now operating are sustained by revenue from sources other than food production: notably income generated by cultural events, workshops, and renting plots to private individuals. – AFP Relaxnews

Getting ready for Agriculture 4.0 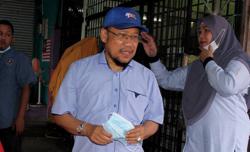