There is one thing that could dramatically mitigate climate change: Coal.

If the planet was to completely get rid of coal tomorrow, we could even contain global warming within the critical 1.5°C threshold. (If we go over 2°C, catastrophic, irreversible change is expected.)

Coal is the granddaddy of pollution. Since the start of industrialisation late in the 18th century, it has unleashed a long catalogue of damage on the environment, from acid rain and smog to aquifers polluted for centuries. Toxic gases and dangerous heavy metals are released when coal is burnt. Gobally, coal plants are the second biggest cause (after gold mining) of mercury pollution. Air pollution from burning coal can cause asthma, heart disease, cancer and premature deaths – it accounted for 670,000 premature deaths in China alone in 2012, a study found.

The most critical issue tied to coal is the climate crisis. Coal is the single most important source of carbon dioxide, the gas that is raising global temperatures. With the window to prevent catastrophic climate change closing fast, it is urgent that coal is phased out. Depressingly, though, the world seems stuck on coal. The fossil fuel still generated 38% of all electric power globally in 2018. The world doubled its coal-fired power capacity over the last two decades, reports Carbon Brief, a climate science and energy policy research site.

Furthermore, over 1,000 more new coal plants are in the pipeline. Many Asian countries, particularly China but also India and Indonesia, are expanding coal use, conveniently ignoring the climate crisis. Malaysia, too, has increased its share of coal – which is imported – in its energy mix in recent years. A new coal plant opened recently in Port Dickson, Negri Sembilan.

It appears that the world is not ready to give up this climate-threatening fossil fuel despite clear evidence of its impact on climate change. 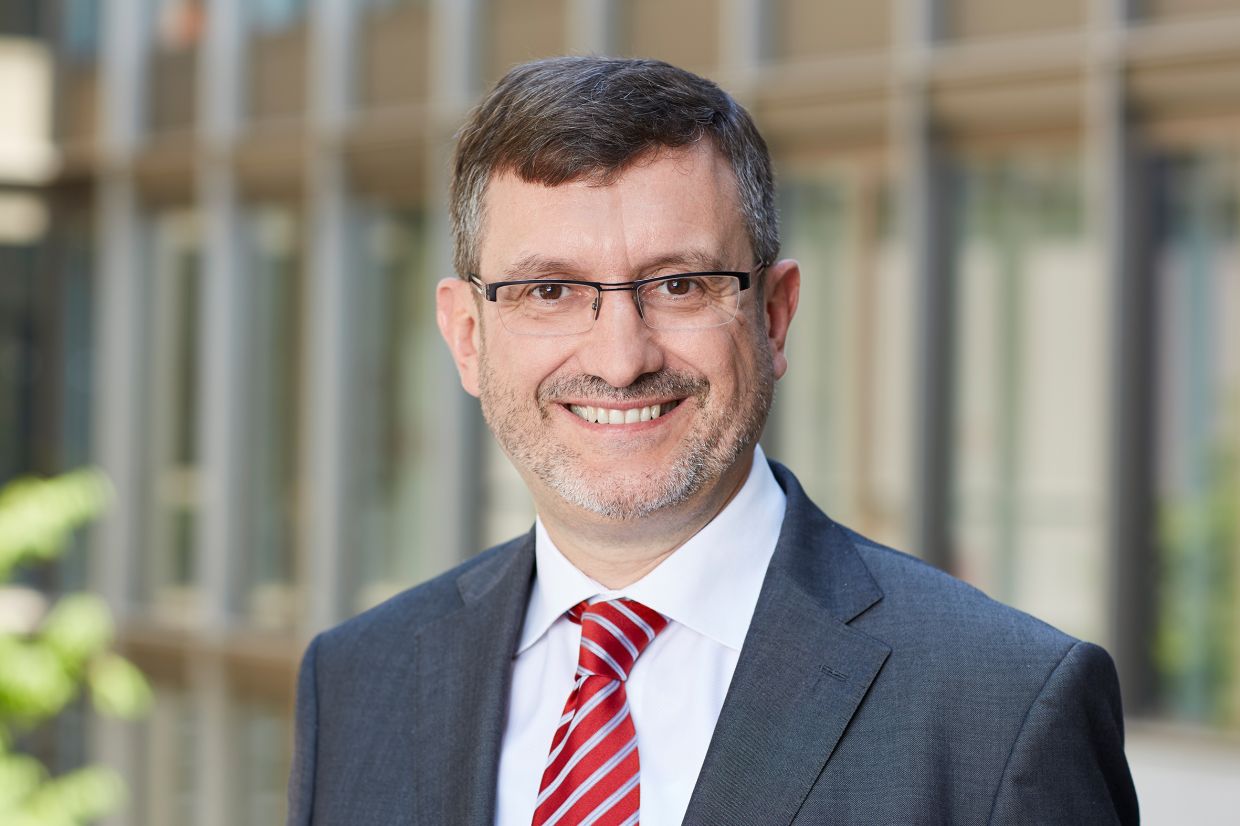 Prof Birkner says global drivers are forcing governments and the world’s economy to transition from coal to renewables. — HandoutYet it may not be as hopeless as it appears. Coal is on its way out regardless, some energy experts believe, and among them is Prof Dr Peter Birkner, an expert of Germany’s “Energiewende” (Energy Transition), who for many years has held leading positions in the German energy industry and has contributed to national and international scientific and economic councils. He is currently the managing director of House of Energy, a transdisciplinary think-tank supporting the federal state of Hesse, and honorary professor at the Bergische Universität

Prof Birkner sees the energy transition as inevitable: “Global drivers are forcing governments and the world’s economy to go in this direction, ” he says firmly.

In our email interview, Prof Birkner points out that renewable technology is very cheap today: “For example, it is more economic for Saudi Arabia to use solar energy [than oil] for desalination.”

Wind and solar energy have infrastructure costs but near-zero operating costs. In contrast, there is no evidence for future cost reductions of fossil fuel plants and, if environmental costs are considered, they are far more expensive.

It is already cheaper to build new renewable energy plants than new coal plants, says Carbon Tracker, a London-based think tank researching the impact of climate change on financial markets. By 2022, the share of uncompetitive coal plants will increase to 60%, it says. Within the European Union, where there is more market competition, 81% of the coal fleet is uncompetitive today – and in five years’ time, the number will rise to 100%.

So why does coal continue then? Because the energy industry does not always follow market forces. Often, the market gets distorted due to political priorities, powerful monopolies, poor regulation and corruption. Incumbent industries also want to maintain business models and safeguard investments.

Notably, US President Donald Trump was unable to keep his election promise to revive the American coal industry. This year, renewables will overtake coal in the United States.

Experts warn that coal plants may become “stranded assets”, suffering from unanticipated or premature devaluations or liabilities. For example, the Japanese coal sector could be burdened with US$71bil (RM300bil) in stranded assets, says a 2019 report by Carbon Tracker and the University of Tokyo. Japan’s government is still investing in coal, but the report warns new offshore wind turbine installations will be able to outcompete new coal-fired power plants by 2022.

Prof Birkner says such scenarios make banks and investors hesitant to invest in coal. About 50% of coal-fired power plant projects around the world are on hold for the moment. In this way, he says, the financial industry could become a driver transforming the world’s energy system.

He adds it would be interesting to consider what might happen if a company’s carbon dioxide footprint is reflected in its share price. Already, pension funds are shifting investment positions and some insurance companies are restricting coverage – so, eventually, with no insurance coverage, coal plants will be forced to close. Closing plants early will affect the long “depreciation schedule” that allows investors to recoup costs over time. With such a scenario, nobody will want to invest in coal. This is why Prof Birkner believes the energy transition is inevitable.

“It is also an issue of reputation. Do you want to invest in or work for a climate-killing company?” Climate activists protesting outside a Barclays branch in London, pushing for the bank to stop financing coal companies. — Bloomberg

Prof Birkner strongly advocates starting the energy transition sooner rather than later: “It takes 25 years if you change 4% of the infrastructure every year. As a rule, the renewal rate of infrastructure is less than 2%. Thus, this is a real managerial challenge and it’s a race against time and global warming.”

He adds plans should continue as governments come and go: “We need to get it into the heads of policymakers that reform should go on despite current challenges. And we need a social consensus.”

Good point: What happened to plans announced last year for energy reform and more clean energy in Malaysia? It is critical they be continued.

Currently, renewable energy barely exists in Malaysia. Solar provides just 0.4% of the energy mix while wind doesn’t even exist. Conversely in Germany, renewable energy (mostly wind but also sun, hydro and biomass) drove about 41% of electricity consumption in 2019, its energy association reports. In the first half of 2020 this figure rose to 56%.

Germany and Britain have even had days powered fully by renewables. This challenges the myth that we must have a “baseload” provided by coal plants running all day, every day, all year round – as we do in Malaysia – which is very inefficient and wasteful.

“It’s all about infrastructure and money. The profitable time for the fossil fuel-based industry is ending, ” Prof Birkner says, adding, “but it’s a complex and fundamental transformation of a living system. And it takes time.” 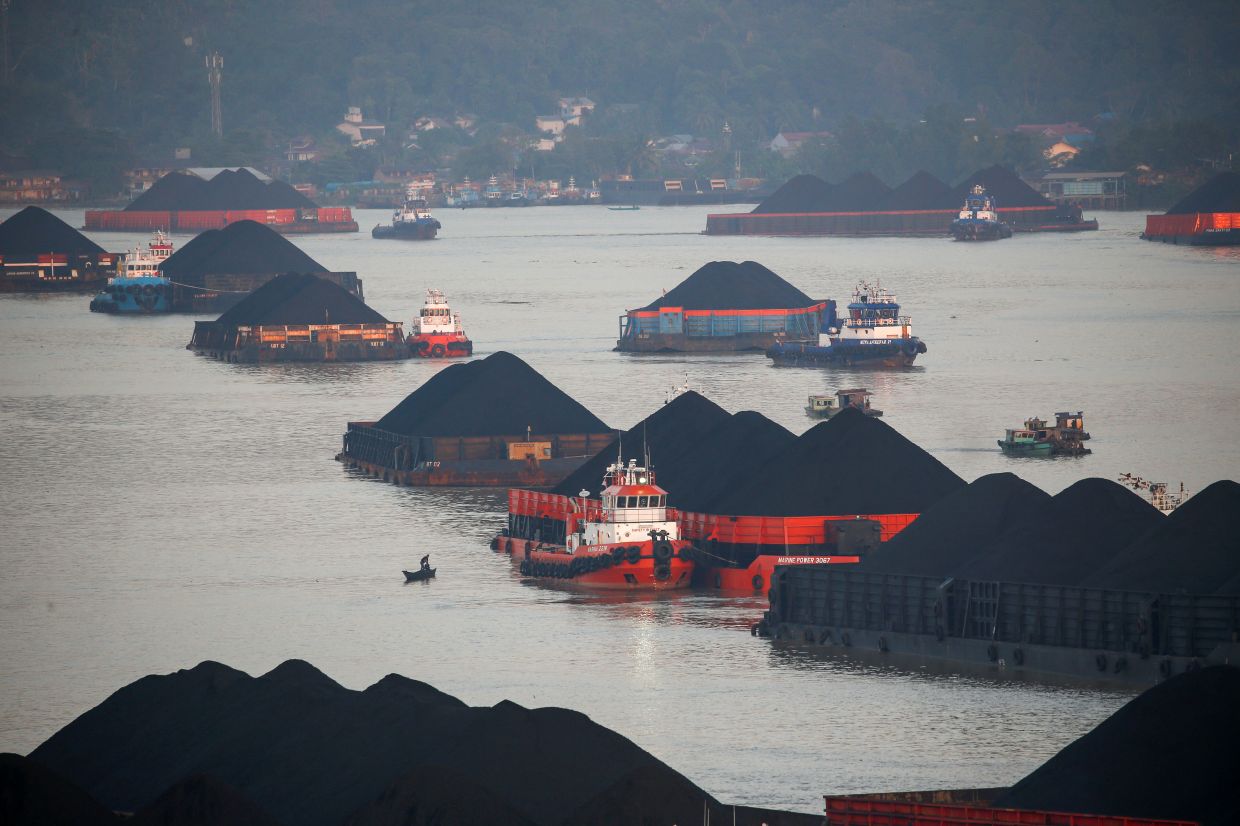 Coal barges queuing along Mahakam river in Samarinda, East Kalimantan province, Indonesia. Along with China and India, Indonesia is expanding coal use. — Reuters

One issue with many renewables is the limited operational times – there is no solar power when it’s dark, for instance, no energy from wind turbines when there’s no wind.

“But batteries (to store energy) are getting cheaper and cheaper, ” points out Prof Birkner.

In the near future, he says, roof tiles or facades of buildings could serve as solar panels. Other storage options – with different energy content – include redox flow batteries, pumped hydro storage, electrolysis and even batteries of electrical vehicles.

The future energy system will be about flexibility, interconnection and diversity of power sources, and will likely be a multimodal system emphasising digitalisation, efficiency and sufficiency.

Indeed, renewables only provide half of the solution; the other half is about sufficiency and efficiency. This is about doing things smarter, using electrification and digitalisation as instruments. In contrast, generating electricity from coal is terribly inefficient – at best only 44% efficient with high carbon dioxide emissions.

What about the electricity grid? That’s “more political”, the German expert says, adding that the grid is essentially “a natural monopoly”. An independent grid entity controlled by the state could create a retail market, he says. The current monolithic structure does not allow for competition.

Prof Birkner recommends Malaysia phase in renewables with market-based elements to move towards establishing a power exchange which sets price in line with offer and demand. Independent power producers will get a chance to sell their power but also import and export energy. Solar panels plus batteries can support rural areas that have weak grid connections. The government can set up an accompanying energy transformation programme development.

The role of big power plants will change. In the future, their task would no longer be to deliver baseload (a constant flow of power) but to control power and system stability. What is needed is sources of flexibility, not “big dinosaur” plants: efficient, mid-size plants with low annual operational times and low fixed costs – far different from today’s big, coal-fired plants.

In a nutshell, Malaysia could set up a future-oriented energy system that emphasises competition, decarbonisation and digitalisation. In countries like Germany those steps also involved exhausting trial and error which Malaysia doesn’t have to repeat, Prof Birkner points out.

“It’s about the planet, it’s about humankind, thus there is a strong plea for international cooperation with respect to the energy system of tomorrow.”

The choice is to start early and plan well to save costs – or pay more to do it later. Thus it is critical that the Malaysian government begins energy reform soon. 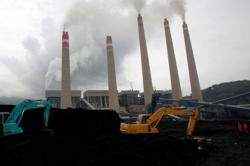