A 2018 file photo of a coal-fired power plant in the United States. A record drop in US energy consumption in the first quarter of 2020 was driven by less demand for coal that's burned for electricity. — AP

Inordinately high electricity bills have been a common grouse of the public in recent months in Malaysia. The government is now giving discounts on bills till December 2020. This will bring relief to those hard hit, but, really, what we need to do is go far beyond this and truly tackle electricity reform. Band aid measures won’t do; we need major surgery, akin to a heart bypass and liver and spinal surgery combined!

Plans made last year for energy reform have been shelved. This is a huge mistake. The reforms are urgently needed. But utmost diligence is needed to ensure we do it right.

We are already burdened with deals made with independent power producers (IPPs), which provide about half the nation’s power. These deals did not always serve national, consumer and definitely not environmental interests.

This industry doesn’t follow market forces; instead, it is governed by monopolies and set policies such as power purchase agreements (PPAs) made with IPPs. These provide IPPs with a “capacity charge” – like a monthly rent – throughout the life of a plant, whether it runs or not, whether power is used or not. (This is in addition to payments for power generated.) A sweet deal for IPPs, but not us citizens.

Note, IPPs don’t get hit by higher fuel prices (a key part of costs). Our tariffs get adjusted with fuel costs under the Imbalance Cost Pass-Through mechanism. It is we who pay.

Malaysia actually produces way more power than needed. This “reserve margin” (excess power above peak demand) was 36% in Peninsular Malaysia in 2017. A new deal for another plant, which shocked industry experts, will further raise this margin. Who ultimately pays for this profligate waste? We pay for the system’s inefficiencies, investments or higher fuel costs.

On top of all this is a climate crisis that urgently calls for more renewable energy such as solar and wind, which are now actually cheaper in price than fossil fuels. Other countries are busy planning an energy transition to renewables. But we’re so mired in PPAs, we can barely begin.

We need to act fast. We can consider these stages:

First, stop all new PPAs. We cannot be locked into any more bad deals. The PPA in the latest deal must be the last ever undertaken.

Encourage IPPs to give up PPAs that end soon. This frees up the market to allow better choices for consumers and the environment. We can close old coal plants early or run them at very low capacity. This reduces our carbon footprint and encourages efficiency.

Buy out all PPAs and renegotiate. Stop capacity payments to IPPs, as they are a heavy burden for us to bear. It can be done – Singapore did it. Open up a market where IPPs bid to supply power. With a competitive market, we can make better choices for efficiency and the environment. If a plant’s capital is paid up, IPPs still earn easy money this way – albeit at higher risk but possibly higher returns. (Note, running a plant at full capacity, as is done now, is costly.)

After Singapore moved to a fully open “merchant market”, tariffs dropped. Our market must be liberalised to allow competition, efficiency – and more renewables.

But instead, we have increased the share of coal in the energy mix in recent years. Coal comprised a whopping 58% of the mix on the peninsula in 2018. Yet coal is woefully inefficient (44% at best) with an abysmal environmental impact – it is the single biggest contributor to climate change, causing 46% of global emissions of heat-trapping carbon dioxide, says the advocacy group Endcoal.org.

The world is shifting away from coal, driven by the falling price of solar and wind energy, as well as better battery storage. A 2019 report by London-based think tank Carbon Tracker said 60% of global coal capacity is uneconomic – a figure even higher in open markets such as the European Union. By 2030, virtually all coal plants will become uneconomic, resulting in US$638bil (RM2.6tril) of stranded assets – which is why investment in coal is falling sharply. Coal is only surviving because of monopolies and political influence.

The Covid-19 pandemic sent demand for fossil fuel energy plunging as economies went into lockdown, but renewable energy is set to grow by 5% this year, says the International Energy Association. This has serious implications. Who will bear the costs of running uneconomical plants? We consumers.

Conversely, future renewable options are immense, ranging from solar-hydrogen to micro hydro, from offshore wind to rooftop solar. Digitalisation could change the entire dynamic. It could enable “prosumers” – consumers who produce surplus energy (for example, with rooftops decked with solar panels) – to feed power back into the grid.

Currently only 0.4% of Malaysia’s energy mix is from renewables (solar). So we have a long, difficult road ahead. That’s why the industry so urgently needs reform.

The future of our country and our planet is at stake. 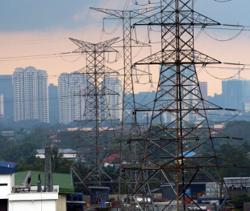 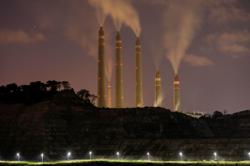