One of Asia’s most sustainable bars ups the eco-friendly ante with a new zero-waste, fruit-based menu.

That was the challenge the Bar Trigona crew was faced with when coming up with a brand new cocktail menu for the year.

It was not an easy challenge to tackle, considering that the bar had won Asia’s Best 50 Bars’ Sustainable Bar Award two years in a row (2018 and 2019).

“Sustainability has always been part of Bar Trigona. From the beginning, we’ve tried to be as sustainable and environmentally friendly as possible, from only using ingredients produced locally, to reducing packaging and waste at the bar, ” says head bartender Ashish Sharma.

The bar itself, which is part of the Four Seasons Hotel Kuala Lumpur, is named after the trigona honey it regularly uses in its cocktails, sourced locally from an organic trigona honey farm called Dino Kelulut in Negri Sembilan.

Their collaboration with Dino Kelulut led to an innovative Adopt A Bee Hive programme in which consumers could adopt a hive at the farm for a year. This entitles them to bring home any honey their hive produces.

Trigona was also the first Malaysian bar to adopt the revolutionary ecoSPIRITS technology, which aims to reinvent spirits packaging in a way that helps sustainability efforts and reduce the use of glass bottles to package spirits. 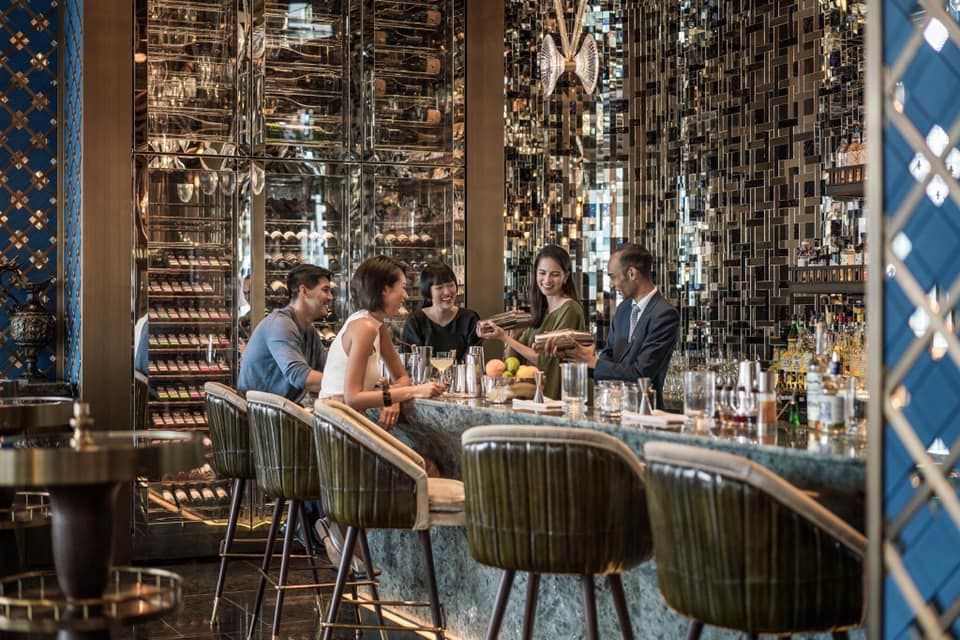 Bar Trigona was the highest ranked Malaysian bar at No.14, and also won the Sustainable Bar Award. Photo: Facebook/Bar Trigona

After winning the Sustainable Bar award the first time, Bar Trigona wanted to do more. According to Ashish, the bar’s previous menu was good, but the message was too broad and lacked focus.

Then one day, Ashish read an article about food wastage and how one-third of all food production gets binned without being consumed.

“So, we came up with the idea for a menu to educate people about using fruit in different ways, to reduce waste, ” Ashish says. 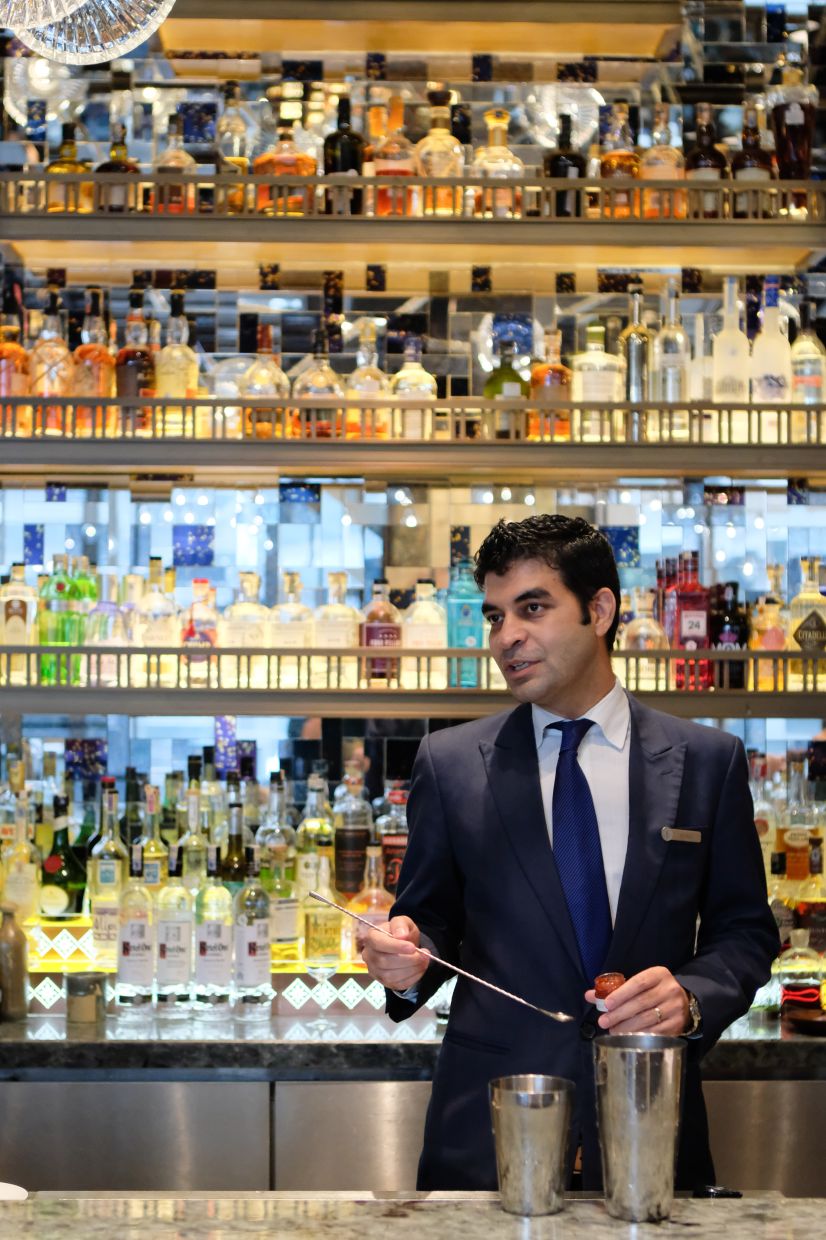 The new menu, titled The Life Cycle Of Fruit, focuses on how you can reduce, reuse and think differently about fruit. The drinks revolve around four fruits – mango, jackfruit, mandarin orange and watermelon – and each fruit features three cocktails and one mocktail.

“We chose more common fruits to make it easier to spread the message. We didn’t choose exotic fruits no one has ever tried before, but rather fruits that everyone would have eaten or seen before, ” Ashish explains.

However, just because the cocktails are made with these fruits does not mean that they all taste fruity. Keeping with the theme of using as much of the fruits as possible, the four bartenders under Ashish’s wing have created concoctions that go far beyond just adding spirits and liqueurs to fruit juices.

“A drink may be made with a particular fruit, but it doesn’t mean it tastes fruity. You’ll get a sense of the fruit in the drink instead, ” he says.

Confused? Well, take, for example, the drink called Judgement, a beautiful, crystal clear liquid with a golden hue and a sensual aroma of jackfruit – this drink doesn’t have the overwhelming flavours of the fruit itself.

There is no jackfruit “meat” or juice in the drink either. Instead, the jackfruit flavour comes from an orgeat syrup that is made by boiling jackfruit seeds and blending them together with coconut sugar. Mixed with the cocktail’s other ingredients (aged rum, triple sec, lime juice, trigona honey and milk), the jackfruit aromas come through and form a delicate balance of sweet, fruity and sour notes.

The menu utilises everything from the fruits – the juice, peels, seeds and leftover pulp after juicing – nothing goes to waste.

“Almost every part of the fruits are used in the drink itself, or is reused in other ways, ” says Ashish. 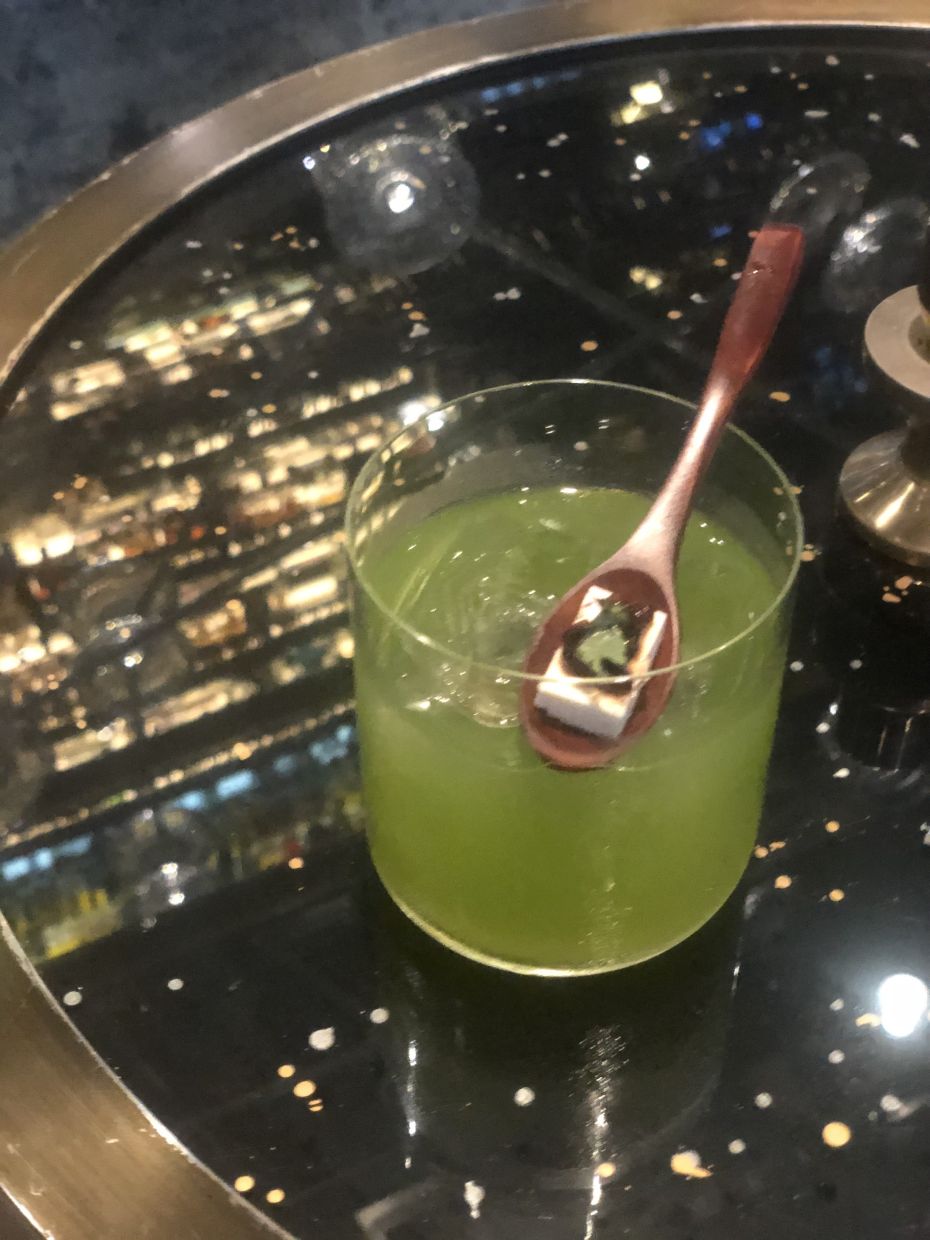 “The Dance of Calypso uses a lacto mango honey that is made by fermenting a fresh mango with honey. We then redistill the mango seeds and peels with gin to make a mango gin that is used in our Mango Negroni. So in the end, hardly anything is left of the fruit, ” Ashish notes.

Also read: 6 cocktails you can mix and shake at home, by Malaysian bartenders

Speaking of garnishes, one of the direct results of this new menu is that the bar now doesn’t need to prepare as much fresh garnish anymore.

“We used to have to prepare about 18 garnishes every night, but now we’re down to seven. Everything else is now made from the fruits we use for the menu, ” Ashish explains, adding that at the end of the night, the bar hardly generates any food waste either, because almost everything is reused for the next batch of drinks.

You might think that this is already as sustainable as a bar can get, but Ashish has other ideas for the future. He hints that the next initiative will have something to do with supporting local farmers. For now, though, Bar Trigona continues to set the standard for sustainable bar practises in Malaysia.

Banning alcohol won’t stop drink driving – but these measures might

Design plans for 100% electric 'flying' ferry unveiled
Asian coastal cities sinking fast: study
And the top global city for coworking is... London!
Chance blueprint discovery reveals world's oldest passenger lift
How urban trees are (also) under threat from climate change
Design tips: Making it work with mauve and black
Listening the right way can be a great gift to your loved ones
Australian wins world’s best barista title with honey-hibiscus coffee creation
Israeli researcher develops low-carbon insulation material based on mushrooms
How to get your coffee fix at a lower cost to the environment