You can't furlough ferrets and tigers. Zoos need federal funds during the pandemic, too

Akobi, an 18kg, 67-day-old pygmy hippopotamus walks with his mom Mabel into the water at the San Diego Zoo. Photos: TNS

Life has been productive for the residents of the Los Angeles Zoo since it closed to the public March 13. Endangered California condors have laid 10 eggs since closure, six of which have hatched into chicks.

The southern mountain yellow-legged frogs, also endangered, have produced 2,500 tadpoles, which will be released into the wild later this year. And Angela, the baby western lowland gorilla born in January, has grown four teeth.

But while zoo animals have thrived without visitors, zoo finances across the United States have not. More than 90% of the 240 zoos in North America accredited by the Association of Zoos and Aquariums closed to the public in March as a pandemic-related precaution. Now, 60% have reopened at least partially, but the LA Zoo remains among those that are still locked down.

The same problems that have plagued many US service- and entertainment-industry businesses in recent months have afflicted zoos and aquariums, their staff and their contractors. That's because, deprived of a public that pays admission and buys food and drinks, zoos have collectively lost tens of millions of dollars in revenue during the pandemic.

Dan Ashe, president and CEO of the zoo association, estimates that some of his members are losing several million dollars a month. The Georgia Aquarium, one of the largest in the world, has been losing US$2.5mil (RM10.7mil) a month, Ashe says, and the Detroit Zoo has been losing more than that, according to the Washington Post. 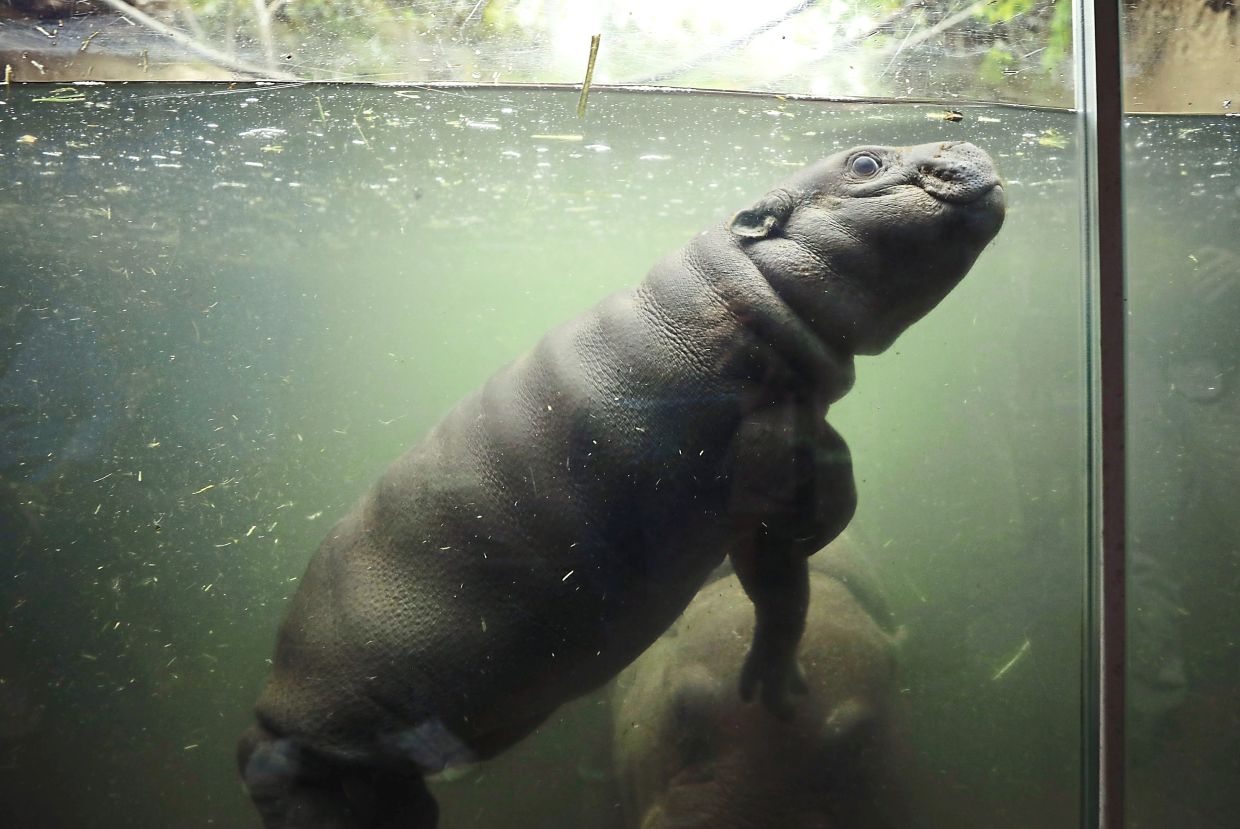 Akobi swimming in its enclosure.

Multiple zoos have been forced to make painful cuts in their workforce; among them is the San Diego Zoo, which Ashe says has furloughed more than 1,500 employees. (The San Diego Zoo has just reopened but at half its capacity for visitors.)

One exception is the Los Angeles Zoo, which has avoided layoffs and furloughs despite losing more than half a million visitors since its closure. Unlike most zoos, which are private nonprofits, the LA Zoo is a city department and has remained remarkably healthy, according to Denise Verret, the chief executive and zoo director.

Nevertheless, zoo employees, like other city workers, may have their pay reduced by 10% in the coming fiscal year city budget. Meanwhile, the concessionaire hired by the zoo had to lay off workers. And the zoo is cutting back its conservation grants to other organisations.

Of course, zoos can't lay off their animals. They have to continue to look after the wildlife in their care and maintain more complicated routines to keep the animals safe from any worker who might have been infected with the coronavirus. And some still have their live cams up. (Check out the Detroit Zoo penguin cam.) As a consequence, most zoos are burning through the three to six months' worth of revenue that they typically keep in reserve. 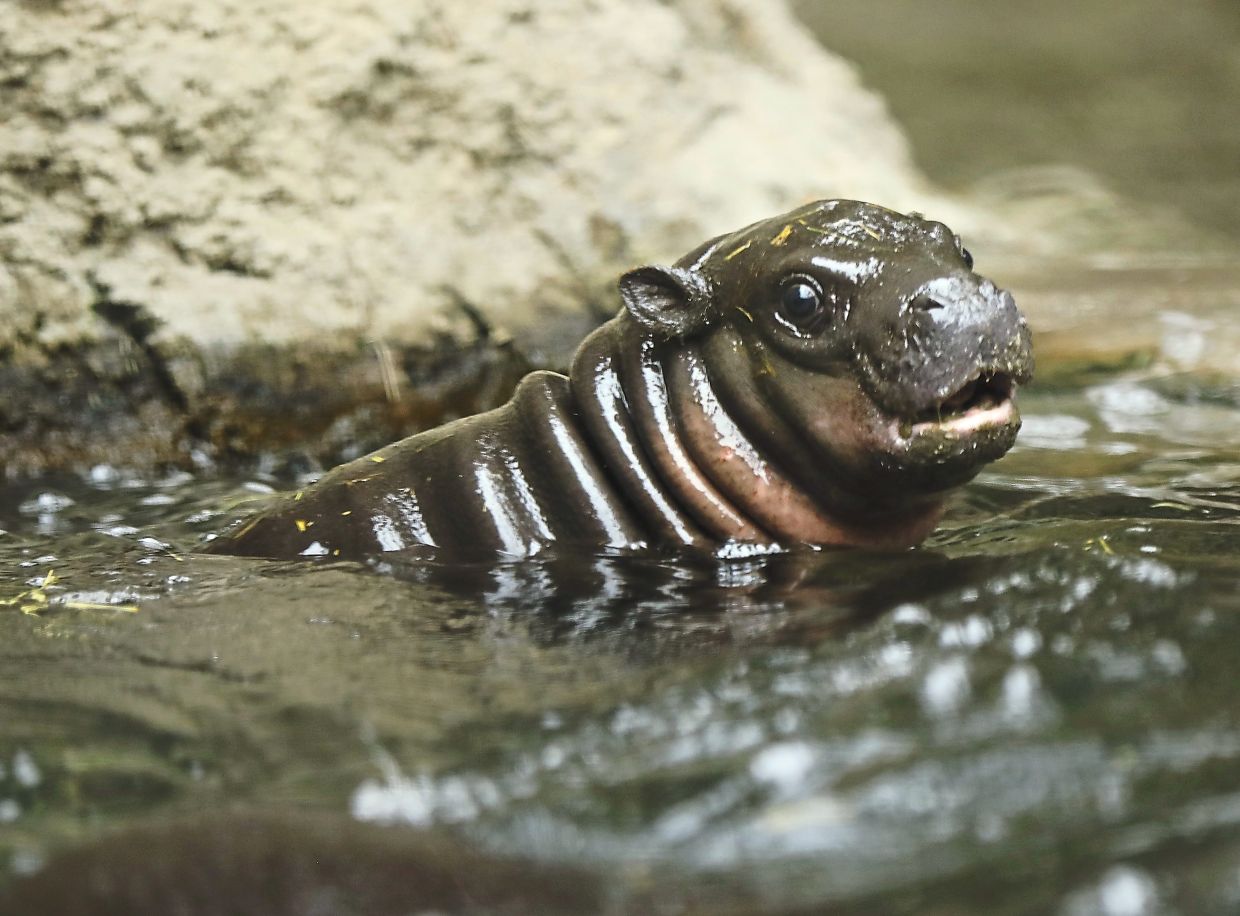 Akobi was first introduced to the public on June 15 as it explored the main exhibit for the first time.

That's why the zoo association has asked Congress to provide US$30mil (RM128mil) for zoos in the next round of stimulus funding. They should get it.

Zoos are not just keepers of exotic animals that many people have never seen – and will never see – in the wild; they also operate recovery and breeding programmes to save numerous threatened and endangered species. It often falls to zoos to bring species back from the brink of extinction caused by disease, poaching and habitat destruction.

California condors, black-footed ferrets, red wolves, sea otters, manatees, American burying beetles and Wyoming toads are among hundreds of species listed under the Endangered Species Act that are in recovery programmes at accredited zoos. Most zoos get little or no federal assistance for these efforts, even when some of the animals are owned by the federal government.

That may be fine during normal times, when visitors flock to zoos and empty their wallets on tickets, food and souvenirs. But these are hardly normal times, and these zoo animals need federal aid to thrive.

The money would help finance six months of care for animals listed under the Endangered Species Act or rescued from the wild for rehabilitation. Without it, say zoo association officials, recovery programmes could be abandoned.
That doesn't mean euthanising animals. But it could mean relocating them and disrupting whatever progress has been made in breeding them.

Conserving wildlife, whether in the hills above cities or in deserts, savannahs and oceans, is crucial to the diversity and richness of this planet. Zoos play a part in casting a lifeline to that wildlife.

Are Malaysian zoos saviours of nature or exploiters of animals?