They are known as Leapers, Leaplings, Leapsters or Leap Day babies, and their last birthday was four years ago.

This year is a leap year, which means it has 366 days, the extra day falling on Feb 29.

So why does this happen? The answer is a perfectly scientific one – it is to align our modern-day Gregorian calendar with the Earth’s orbits around the sun.

Without an additional day on February 29, we would lose almost six hours each year and after a 100 years, our calendar would be off by approximately 24 days.

So that’s the logic behind it, but let’s go back to people born on that day. What does it mean to them? Do they feel special or wish they have normal birthdays each year like everyone else? Do they encounter any inconvenience when registering for something because of their rare birth date? 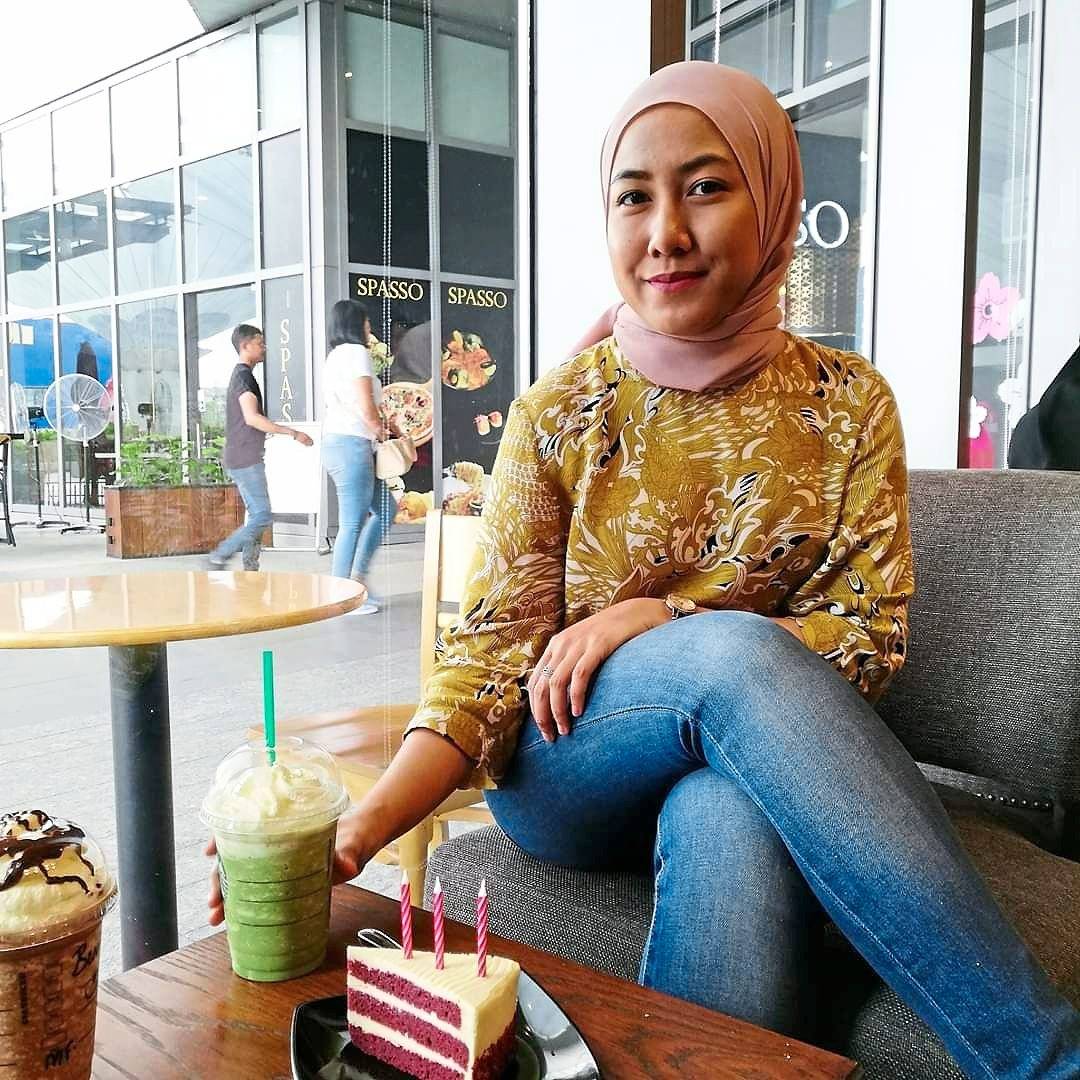 Spare us the pity

Corporate communication executive Nabila Yasmin Mohd Razib, 31, remembers having joint birthday celebrations with her brother when she was young.

“I did remember feeling weird because I had to share birthday celebrations with my younger brother every time! My brother’s birthday is on March 3, so our parents always held a small celebration for both of us together. They didn’t want me to feel left out maybe, ” she said.

Kluang-born Nabila said she kept asking her father why there was no birthday party for her alone.

“My poor dad had to explain it to me over and over again until I was about eight or nine about how our solar system works, and how it takes the Earth approximately 365-and-a-quarter days to circle around the sun and so on.

“But as a kid, I couldn’t help but think why must the extra day be in February. Why not December? And you know what’s harder? Telling my Standard Two friends about it, ” she added with a laugh.

When it comes to formal matters, leapsters face a few hurdles too.

Nabila had a tough time when she went to make her national identity card. 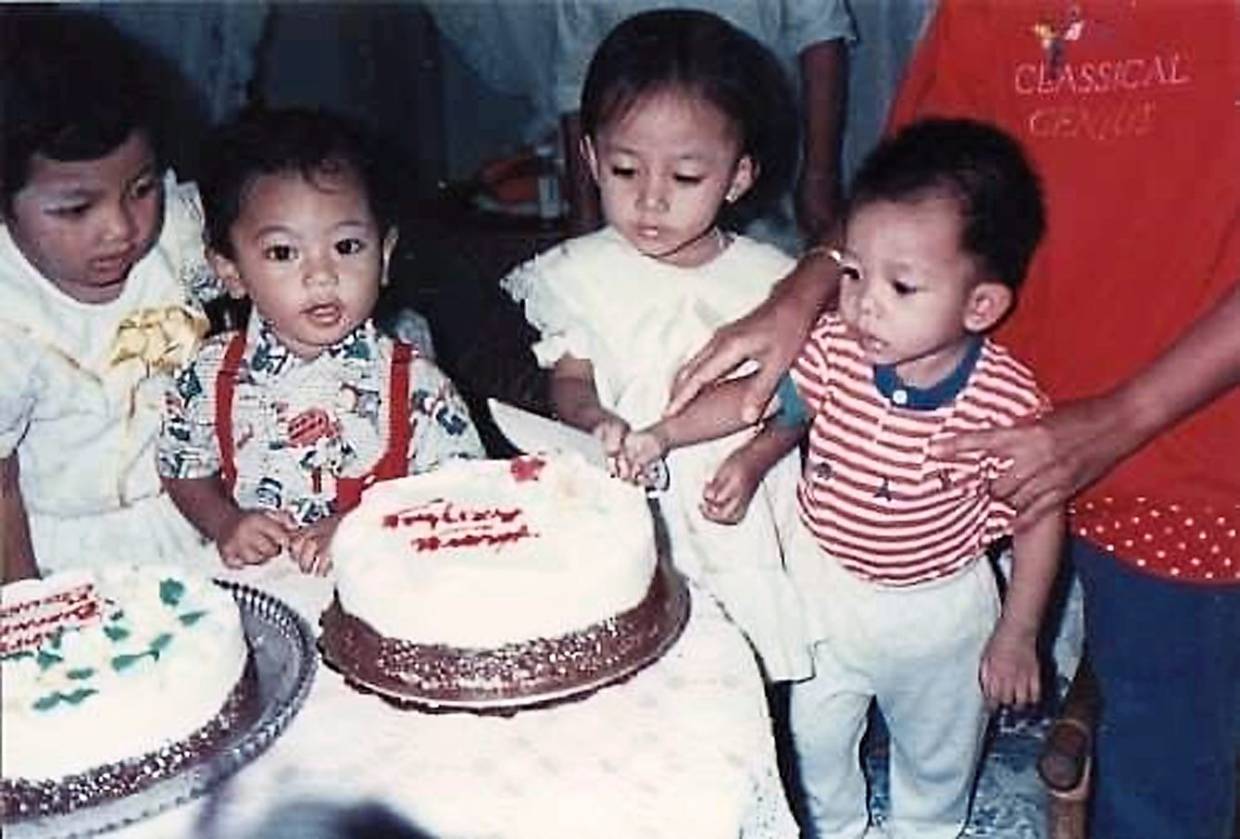 A photo of Nabila when she was three (second from right) sharing her birthday with her younger brother (right).

“When I was 12, I had to go to the (National) Registration Department three times to register for an identity card! I didn’t know why they kept saying there was a problem with mine.

“Some online registration forms don’t even have the date Feb 29. They keep saying the date is unavailable or there is an error.”

It also frustrates her when people feel sorry for Leaplings.

“I feel special (about being born on leap day) but sometimes I get irritated when people say, ‘awhh, you poor girl, no birthday this year’ when in fact, they don’t need to feel sorry, really.

“I don’t get older, you do because you have a birthday every year!” said Nabila tongue-in-cheek.

However, there are plus points to being born on Feb 29.

“I get birthday wishes from 12am on Feb 28 until 11.59pm on March 1 simply because my friends and family don’t know when is the right time to wish me.

“On leap years, most restaurants also offer special promotions for us leap year babies. Yay!” enthused Nabila, who remembered she had two classmates in secondary school who were born on the same day and year as her. 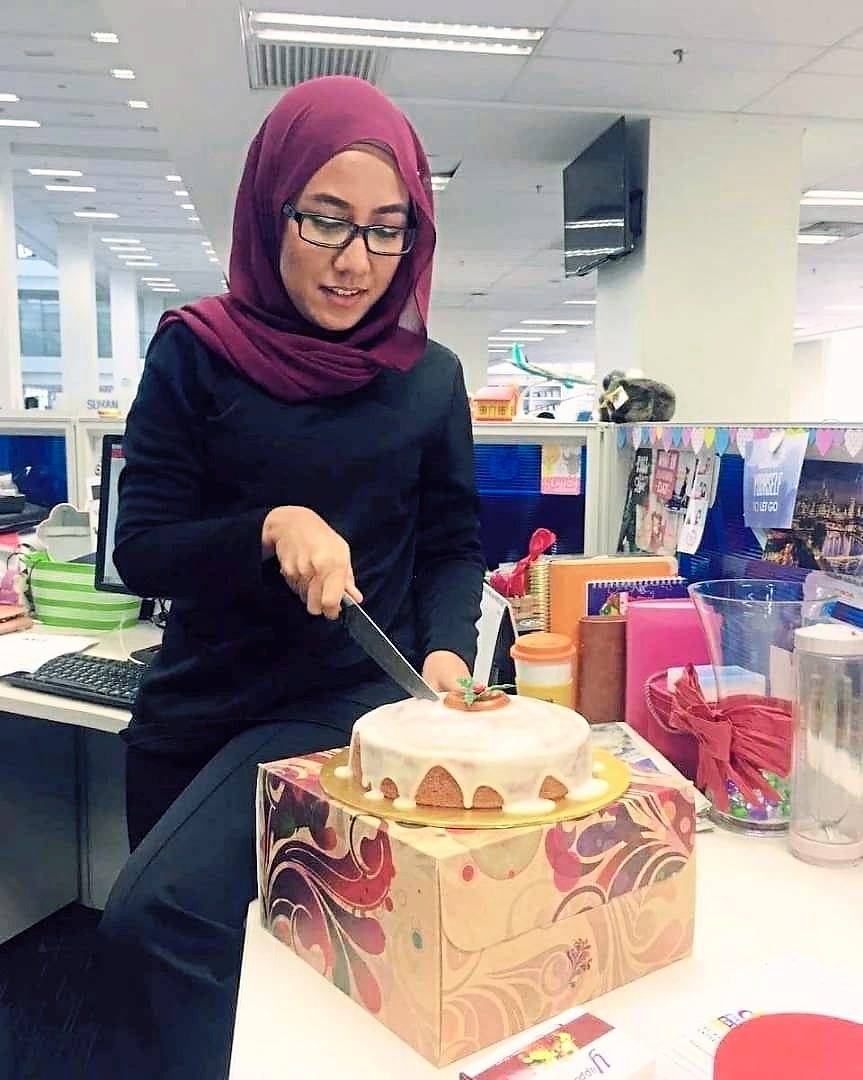 Nabila celebrating her 28th birthday in 2016 at her office.

Although she usually celebrates her birthday every four years with her family, she still feels blessed and loved to receive birthday wishes from friends and families every year.

This year, she will be celebrating her first birthday as a newlywed.

“I will leave it to my husband but I have already hinted to him that I want lots of balloons and flowers. I want it to be special because this is my first birthday as a married woman but at the same time, I also want it to be romantic.

“But we just moved into our new house, so I may have a small celebration with family and close friends, ” shared the former journalist who lives in Kuala Lumpur.

She has one birthday wish – that everyone stops pitying leap year babies.

“Seriously, a birthday is just a birthday and being a leap year baby is what makes us special, ” she said.

When he was eight, Lim Rong Jiang’s parents brought him to Thean Hou Temple in Kuala Lumpur for a big celebration for all leap year babies.

“I didn’t understand what the big deal was. I just thought to myself, ‘Wow, I share my birthday with so many other people’, ” recalled the 31-year-old assistant marketing manager from Subang Jaya. 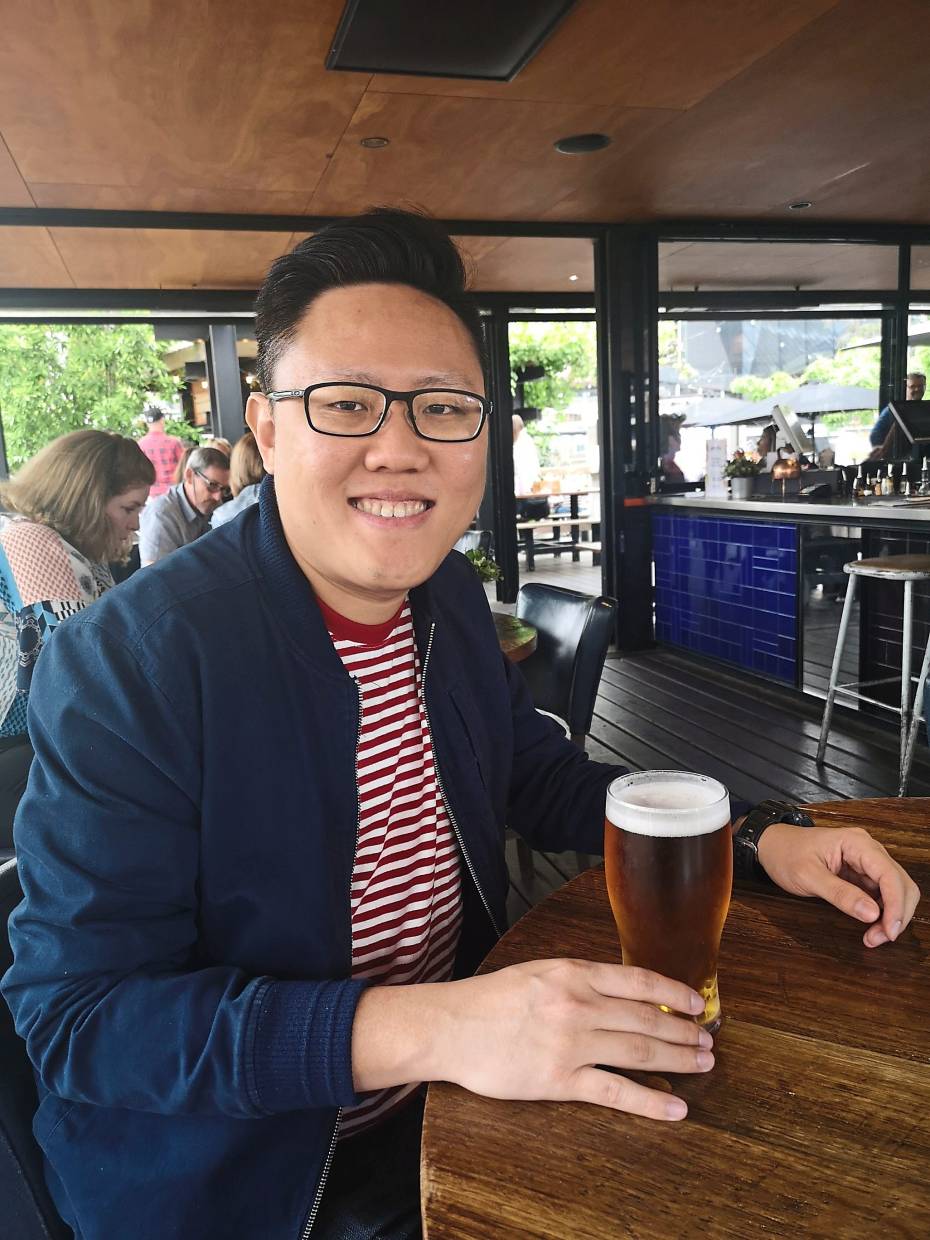 Seeing the different expressions on people’s faces when he proves to them that he was born on Feb 29 is priceless, says Lim. Photos: Lim Rong JiangLim said that when he first realised his birthday happens once in four years, he remembered thinking that it was a rare date.

“I did ask my parents about it but I don’t recall the details. However, knowing my parents, they would say something along the lines of, ‘It’s a very special day you know, and you should be proud.’”

Lim has celebrated his birthdays on Feb 28 and March 1.

As a leapling, he often gets questioned about whether he was really born on Feb 29.

“I would just whip out my driving license or ID to show proof. The most annoying part is also the best part about being born on Feb 29, whereby after proving to them that my birthday is really on Feb 29, you get to see the expression on their faces. It’s priceless!” he said.

These days, Feb 29 feels just like any other day to Lim.

“I come from a family that prioritise celebrating our Chinese birthdays instead (which is based on the lunar calendar). My mum would cook the traditional mee sua with red eggs and a chicken drumstick without fail, ” he explained. Lim says since meeting his wife, she never misses the chance to celebrate his birthday, regardless of the year.

However, ever since he met his girlfriend, who is now his wife, she would never miss celebrating his birthday, regardless of whether it was a leap year or not.

“Most of the time, we’ll go for dinner and cut a birthday cake with close friends.”

Two weeks ago, Lim became a father to a baby girl. “So this year I will be at home, doing daddy duties on my birthday!” he laughed.

When Derek Kok asked his parents why his kindergarten friends’ birthdays were celebrated but not his, he was told he was special.

Today, having a birthday fall once every four years does not make him feel any different. 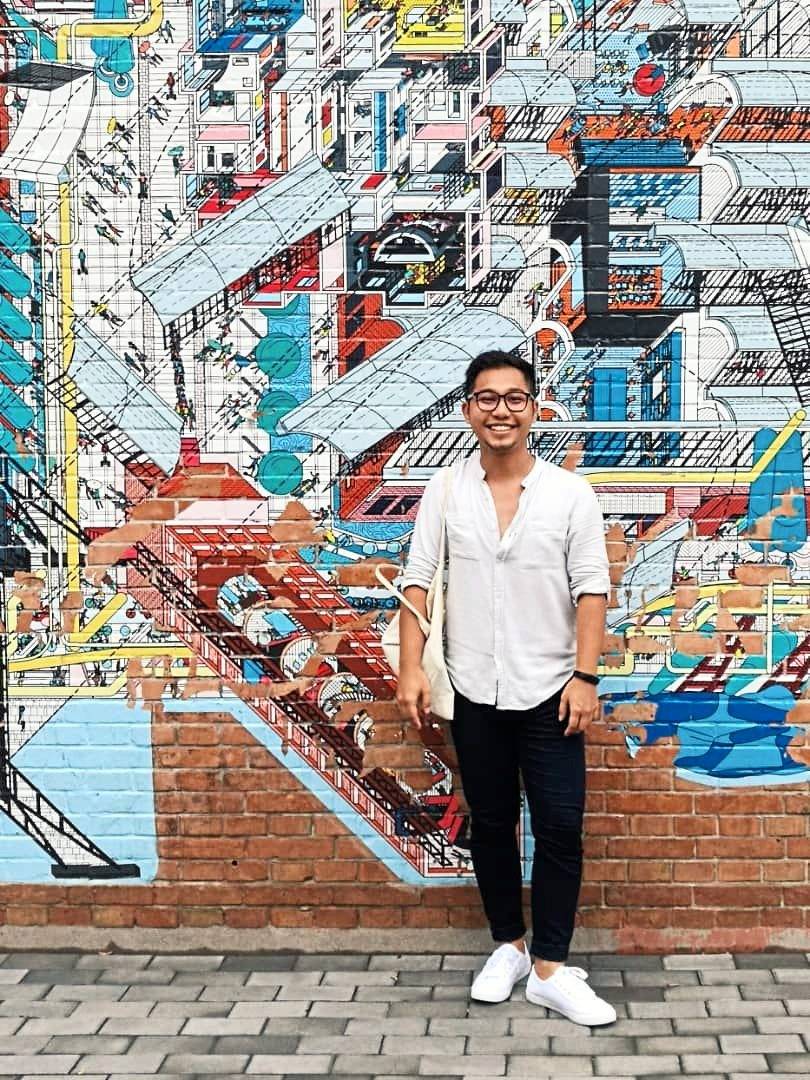 Not having an annual birthday means that Kok is used to having very low-key celebrations. Photo: Derek Kok

“It’s just a mere mathematical peculiarity that I’ve come to embrace. It certainly doesn’t mean I’m special, although I am part of a global community that shares this unique fact.

“However, I must say it’s a great icebreaker in social settings, ” said the 27-year-old public policy analyst from KL.

But one of his “complaints” is he enjoys less birthday benefits.

“I do admit that I don’t like missing out on birthday promotions such as freebies and discounts, simply because my birth date doesn’t exist that year, ” he said.

Not having an annual birthday means that Kok is used to having low key celebrations.

“I actually only remember my last leap birthday in 2016. I was a Master’s student in London and spent it eating Malaysian food with my closest friends, ” he said.

“I’ve only started celebrating my birthday in recent years, thanks to my friends.

“As a kid, we would mark my birthday on March 1 because the logic is that I turn exactly 365 days then, not Feb 28. Now in non-leap years, I just celebrate it the whole week!”

This year, he may do something different.

“I am thinking of a back-to-school theme party at McDonald’s since I will be turning seven!” he joked.

5 things about the leap year you may not know