The stigma around grey hair seems to have eased in the last couple of years mainly because silver has become fashionable.

Her plan was to stop dyeing her grey hair in two years, when she turns 50.

But the bother of having to cover up the grey every four weeks got too much for Sumi Henry to bear and so, last month, she decided to swap her long, curly locks for a chic crop and let nature take its course.

“To be honest, the final push was my sheer laziness. I wouldn’t pay someone to dye my hair and I got tired of doing it myself every few weeks.

“Laziness got the better of me and I decided I couldn’t wait. I cut it short just because I didn’t want a grey regrowth line. This way, I can just let my grey shine, ” says Sumi, 48. 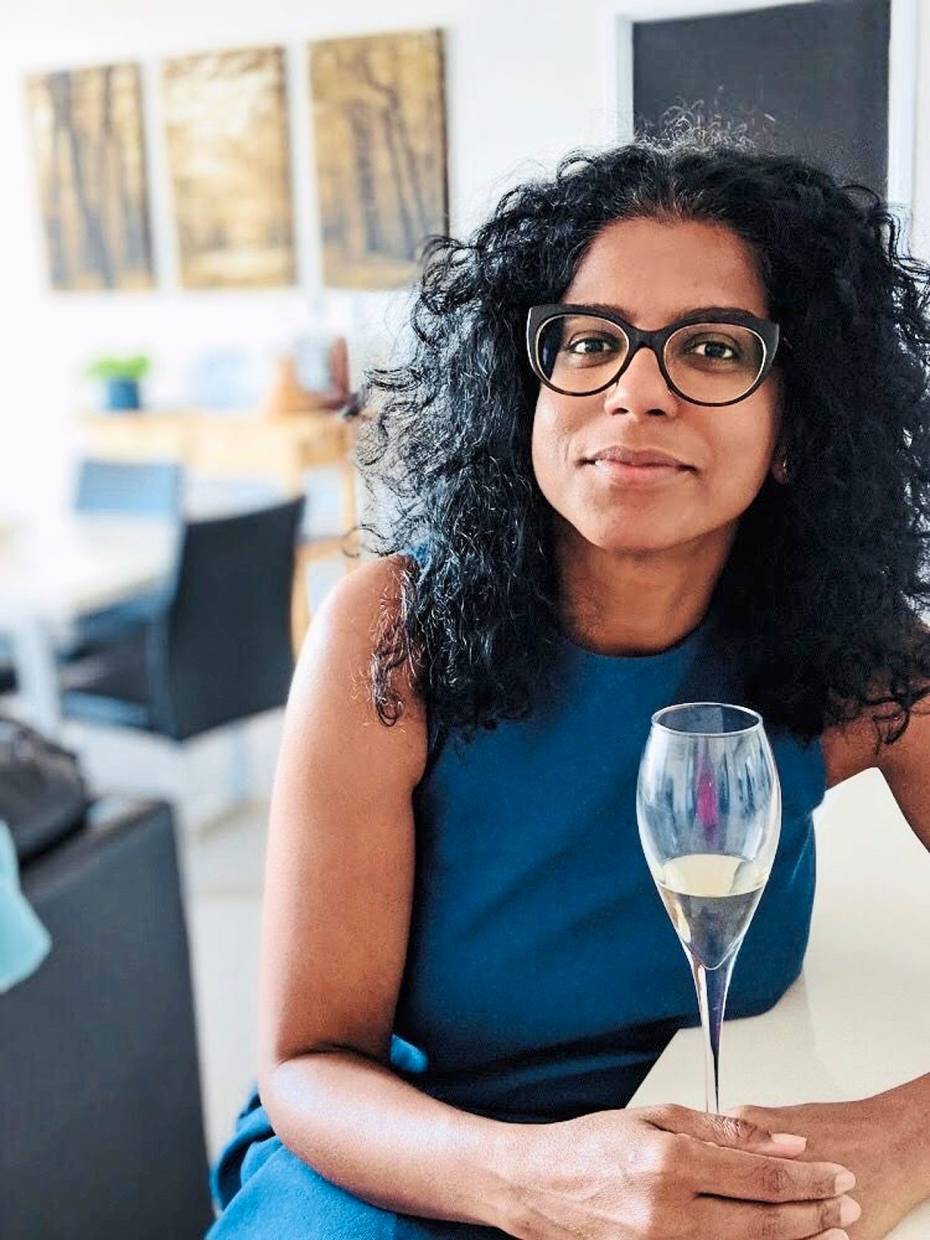 Sumi got tired of covering her grey roots every month and decided to crop her hair and let her grey grow freely.

Like many women, the decision to go grey for Sumi took some deliberating, mostly for fear of how she would be perceived. This fear, she reckons, was fed by the ageist and sexist stereotypes which see grey hair in women as something that needs to be fixed or covered, while grey-haired men are often referred to as distinguished and charming – the silver foxes.

“I feared looking old, ” admits Sumi. “It’s nice when you get told you don’t look your age and going grey would mean I wouldn’t hear such comments ever again.

“But after a while I decided to face the reality of growing older and looking my age.

“Once I reached this realisation, I was excited to change my look and go grey. My friends came with me to the hairdressers so I wasn’t alone. I couldn’t really see him (the hairdresser) cutting my hair as I didn’t have my glasses on so I was ‘flying blind’.

“Besides, if at all I don’t like it and feel that I look awful, I can go back to being black. There really is no risk involved, ” she says.

The stigma around grey hair seems to have eased in the last couple of years mainly because silver has become the hair colour du jour – a style that has youngsters spending hours in salons – and hundreds of ringgit – to colour their hair silver to look like celebrities such as Lady Gaga, Rihanna, Cardi B and Kelly Osbourne (not so much those who have greyed naturally like Jamie Lee Curtis, Judi Dench or Helen Mirren, mind you).

These days, grey isn’t necessarily a tell-tale sign of age but a cool trend.

“When a young colleague showed up at work with silver hair that she had spent RM600 for, I found it quite funny because that same morning I’d spent an hour trying to cover up my greys with a home-dye kit and another 20 minutes scrubbing the dye stains I’d gotten all over my bathroom walls and sink, ” says marketing executive Karen Mah, 45. Now that she's rejected the stereotype that grey equals old, Sumi loves her new do, grey hair and all.Grey hair is cool, now? Mah is glad because it took a fashion trend to make her care less about her grey hair.

“These days, I sometimes go months with my greys conspicuously peeking out here, there and everywhere without feeling too self-conscious.

“I still have bouts of insecurity and I end up dyeing my whole head black once more, ” says Mah.

Salt and pepper, silver, pewter or charcoal – greying is physiological. At some point, everyone will go grey: hair follicles have pigment cells that make melanin, a chemical that gives hair its colour. As we age, these cells start to die and without pigment, new hair strands grow lighter shades of gray, silver and eventually white.

Typically, Caucasians start greying by their early 30s, Asians in their late 30s and Africans, in their 40s.

But for some, the greying process is premature and starts in their teens or 20s.

Genetics play a large part in when and how we grey but there are other causes. Premature greying may be triggered by health issues like thyroid disease, problems with the pituitary glands or autoimmune diseases that attack the skin and hair. Deficiencies in certain nutrients like B12 can also cause hair to turn grey.

Mardzlina Ismail started greying at 26 and for almost a decade, she went through the monthly ritual of touching up her white roots with dark brown hair dye. Mardzlina started greying at 26 and stopped covering up the greys 12 years ago. She's the trendy lady that everyone wants to be like.“I am the only one among my six siblings to have grey hair so young so it isn’t genetic. It didn’t really bother me though. In the beginning I did cover it up.

“I finally decided to let my grey show when I was 35. I think it was also about the time that Lady Gaga first came out with her silver hair and so it was trendy and cool to go grey.

“I cut it short and let the grey even out. I was lucky that I could carry off this punk-ish salt-and-pepper look. I do make sure I keep it short and styled because when it grows out, I tend to look a little haggard, ” says Mardzlina, 47, a senior marketing manager for a sports company.

Because of her confidence (and “my bad-a** attitude”) in carrying off her silver crown, Lina says she’s never actually had anyone comment negatively about her hair. Instead, people have told her that she’s inspired them to “go grey”.

There is an online community to support and encourage women who have chosen to grey naturally. Grombre, established in 2016, is a “global movement of women who are embracing natural, undyed hair” and has garnered a following of 165,000 on Instagram and over 19,000 on Facebook. 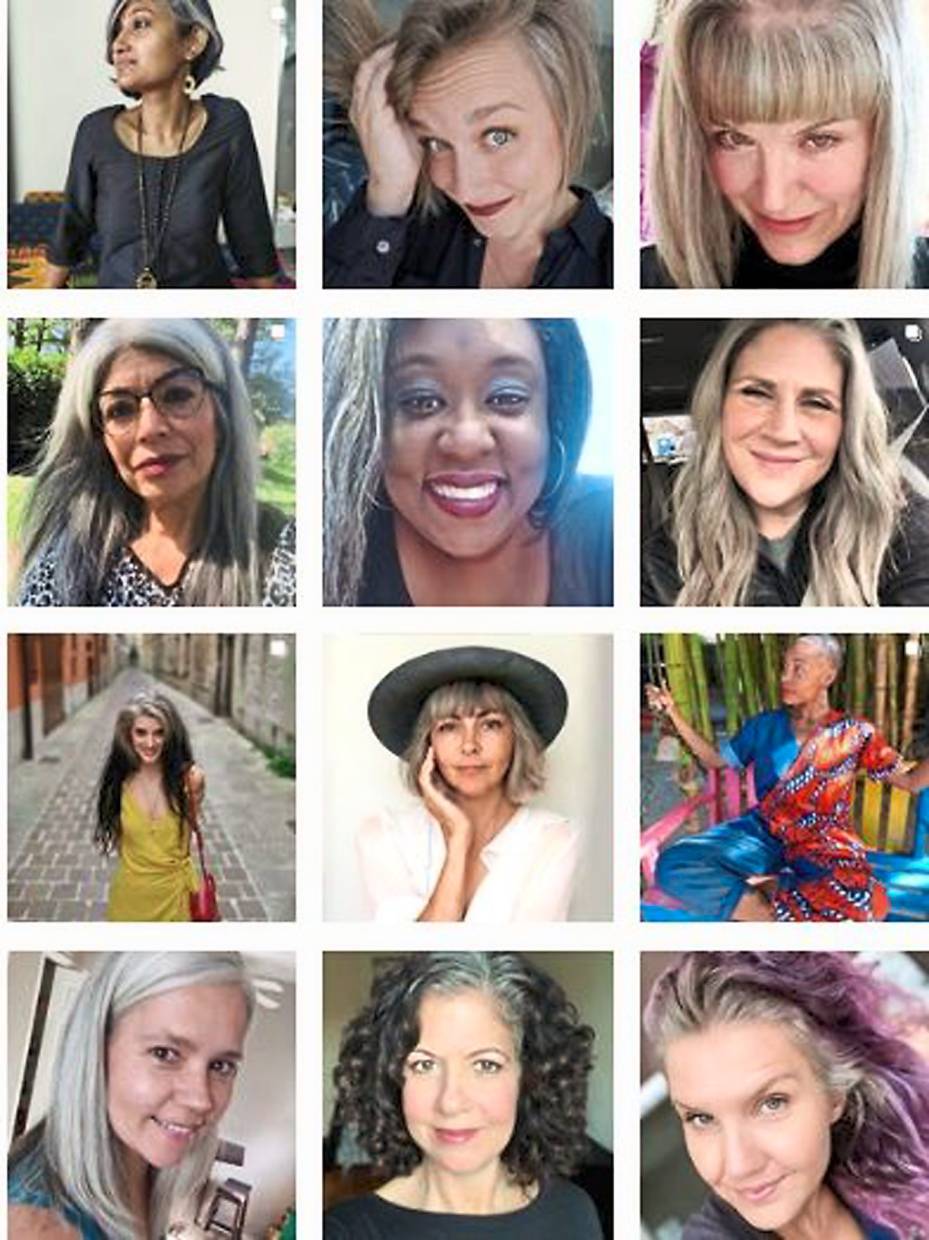 Grombe offers encouragement for women want to go grey but aren't quitte confident.The photos women post of themselves and the stories they share embolden others who may also still be on the fence about going grey.

A post from Grombre follower @jennifer.annabelle on Instagram notes: “It’s so easy to love it (grey hair) when you’re receiving compliments.

“It’s cool. (But) do I still love it when I’m asked if I want the senior discount or I’m told that my mother and I could be sisters... I stopped worrying about my very average looking mom body but I still have hang-ups about my hair. I am working through it and it gets easier each year.”

For Masjaliza Hamzah, her grey hair is a sign of what she has gone through in life.

“I especially love how it looks now that I have shorn off most of it. The grey shows that I have lived, gone through many experiences and, most importantly, that I have accomplishments I can call my own.

“I notice people take me more seriously now; the grey must lend an air of being distinguished and I’ll take that too!” she says.

Best of all, she adds, is that she feels free of society’s pressures.

“I am not going to let someone else’s beauty standards be imposed on me. I am a greying woman – hear me roar, ” says Masjaliza, 53.

Going grey isn’t easy for men either, says editor K.C Yap. He started to grey at 30 and his older brother Henry started greying when he was 21, and at 50, sports a full head of grey hair. Yap says that greying bothers men as much as it does women.

“He looks like Cesar Milan, ” he jokes. “People assume that greying doesn’t bother men but it does. It’s not about looking old but about looking haggard as white hair tends to make you look like that.

“In the beginning, I did dye my hair black and later, I’d use highlights to mask the grey. But the more grey I got, the more expensive and time consuming it became, so I decided to let the grey out and keep my hair short.

“At the end of the day, it is about looking good. Everybody wants to look good and maybe we just have to learn to manage that the best we can, ” says Yap.

For Henry, the biggest worry was not the grey hair per se but that he was ageing permaturely and what impact that would have on his health.

“I only started to appreciate the white hair some about 10 or 15 years ago when I realised young people were bleaching their hair white. Suddenly it was cool. I’d get comments on how I looked like some famous personalities which embarrassed me but now, I’ve gotten used to it.

“For women or men, as long as we carry ourselves well, I don’t think there should be a double standard. Charm and personality will win over the colour of someone’s hair, anytime. It’s like I’ll choose a 1969 Ford Mustang over a 2010 Mustang anytime!” says Henry.

In Britain, market intelligence agency Mintel reports that 68% of 25 to 64-year-old people think “it is acceptable to have grey hair”.

“Dissatisfaction with the anti-ageing rhetoric has meant that fewer older women are now using colourants, instead, accepting their natural grey hair, ” said Alex Fisher, associate director for beauty and personal care at Mintel. Henry reckons that it isnt the colour of one's hair that matters but their personality and style.

Not a measure of worth

Many women view their hair as their crowning glory, a feminine ideal that is is closely tied to their self-esteem and perceptions of their own attractiveness, says Pang Chia-Yee, a psychology lecturer at Taylor’s University in Petaling Jaya. “We have been conditioned to equate beauty with youth – which is why we are inundated with beauty products that promise younger looking skin and hair.

“And that could be one reason many women, especially, may not be willing to let their grey hairs show. Youth is celebrated and valued and women want to be valued. Ultimately, women dye their hair to feel good – not necessarily to look young. It is a form of external reinforcement that is important in boosting their self-esteem. Do we need to change this, even if such reinforcements are temporary?

“It’s a person’s personal preference whether they want to wear their hair grey or if they want to colour their hair and there is nothing wrong or right about these individual choices, ” says Pang.

Centre for Independent Journalism executive director Wathshlah Naidu too feels that a woman should be free to wear her hair any way or colour she wants and this must not be the measure of her self-worth.

“A woman’s hair colour should be whatever she feels it should be. Whether she wants to colour it black or purple or wear it grey, society should value a woman for who she is and not buy into stereotypes about whether grey is bad or good.

“Empowerment should come from her attributes and personality and the quality she has an not from the colour of her hair or her physical attributes. Any attribution to the looks and attire of women continues to perpetuate the stereotypes and objectify her, ” says Watshlah.