Dear Thelma: I can’t see a future together but it’s hard to let him go

This couple is in an on-off, on-again, off-again (long-distance) relationship that has gone on for over four years. The girl is confused and tired of repeatedly breaking up and patching up.

I’ve been in a relationship with my boyfriend for more than four years. We met during the end of our university life.We used to be very happy, inseparable and enjoyed being with each other. And we thought about getting married.

But things started to changed after I went overseas for several months. We used to talk a lot every day through text messages and calls. I loved my life overseas and wanted him to join me. However, he had no confidence about pursuing his career there and didn’t want to leave his family.

From then on, we started to argue a lot, and he started to treat me coldly – fewer text messages and no more calls – with the reason that each time we talked, we ended up arguing.

I felt that he did not love me anymore and there was a gap between us, so I asked for a breakup.

But after one month, we realised we were still deeply in love so we got back together.

While being in a long-distance relationship, he started to treat me coldly again, saying he didn’t like to text anymore and had nothing much to talk about. We argued on and off; he thought that I was always arguing over small matters.

I wished he could be more concerned about me. This time, he requested to break up and I agreed.

When I returned to Malaysia, he asked to meet up, saying he still had feelings for me. We sorted things out and were good again. I had hoped that our relationship would return to what it was like before I went overseas.

But then I found out that his family members were against our relationship due to our breakups. They felt I was immature in doing things as I persuaded him to work overseas without thinking about them.

I am back in Malaysia now but he is working in Singapore. He said that he had thought he could return to the old him before I went overseas – but he couldn’t.

He enjoys his single life, does not want me to text him and call him every day. He feels that I am too clingy.

I feel very sad as he is not the person I know anymore.

He also says that he does not love me that much anymore, yet he does not want to let go of this relationship. I am confused and tired of breaking up and patching back. I can’t see our future together but I don’t wish to let go of our memories. He can’t promise me anything and I feel insecure. What should I do?

You had a relationship but it broke down because you have different life goals. That’s a shame but it’s something you have to accept. You have said it’s over; he’s said it’s over. It’s pretty clear: it’s over.

So, why are you unable to let go? I’m going to suggest it’s two things working together – too many life changes plus the wrench of considering yourself as single again after a long period of being part of a couple.

Let’s take the second part first. It’s lovely to date and it’s heaven to be a couple. Having a partner means sharing your happiness, making it all the sweeter, and having someone support you when times are difficult, making the darker parts of life easier to handle.

So, when you’ve had a partner for a long time and you break up, it’s not just that you miss the company and support. It can feel as though you’re missing part of yourself.

Also, you have to reorient yourself socially. Instead of being part of a couple, you’re single again. Perhaps you lose some of your friends, or find your social life a little more restricted.

You sound as though you had those feelings, and on top of it, you graduated from college and moved abroad to work. Moving into career life is a big learning curve all by itself and adding in moving country as well is quite a big deal.

Now, usually being an expat is stressful because you have to become used to a different culture and being away from all that is familiar. Even if you love it, it still takes adjustment. This is known as culture shock.

Then, when you go home again, you think you’re going back to the familiar.

However, you inevitably find you’ve changed and fitting in back home isn’t quite as simple as you thought. This is known as reverse culture shock.

So, you went from a familiar place and partner to long-distance relationship and culture shock, and finally to reverse culture shock and being single. That’s quite a lot of stress, and I wouldn’t be surprised if that is what is causing you to cling to a dead relationship.

In your heart, you know you and he don’t work but you’re scared of being alone and unsupported.

My advice is this: Make an active plan to do lots of happy things. Go out and be social with lots of different people.

Reconnect with old friends and make new ones. Get plenty of good sleep and eat properly. You need to be gentle with yourself. When you think about who you are, focus on all your positive points.

At the same time, don’t text or communicate with your ex for three months. Try not to think about him, either. He’s in your past, not your future.

After three months, you should be a little bit more settled. That is when you can look back and say, we had some good times but we weren’t suited for a life partnership.

So, what do I want from my life? Then go out and find a partner who shares your dreams.

I know the advice sounds standard but there’s a reason for it; it works.

So go have some fun, and when you’re rested up and recovered, find a partner who is up for a lasting relationship.

Is something bothering you? Do you need a listening ear or a shoulder to lean on? Thelma is here to help. Email lifestyle@thestar.com.my or write to Dear Thelma, c/o StarLifestyle, Menara Star, 15, Jalan 16/11,46350 Petaling Jaya, Selangor. PLEASE INCLUDE YOUR FULL NAME, ADDRESS AND A PSEUDONYM. No private correspondence will be entertained. The Star does not give any warranty on accuracy, completeness, usefulness, fitness for any particular purpose or other assurances as to the opinions and views expressed in this column. The Star disclaims all responsibility for any losses suffered directly or indirectly arising from reliance on such opinions and views. 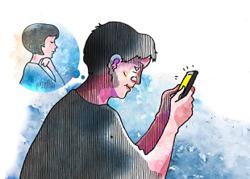 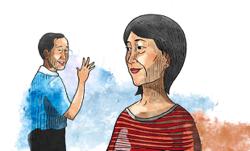 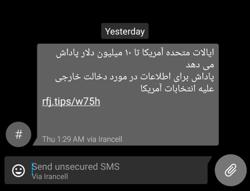