A growing number of budding Sabahan handicraft makers are turning to social media to promote their goods. Many of them are using social media platforms like Facebook and Instagram to introduce Malaysian-made handicraft to the world.

“There is a number of youths, including fresh graduates from Institut Kraf Negara, who are interested to learn traditional handicrafts. The plus point is they are using social media channels to boost sales. There’s so much potential in local handicraft. It’s a matter of finding the right channels to market it,” says Kraftangan Malaysia (Sabah) director Abdul Halim Ali during an interview in Kota Belud.

Most of Sabah’s handicraft comes from Kota Belud, a small town about 70km from Kota Kinabalu. Among the most-sought after items are tapestry, tree-bark crafts, machetes and handwoven rattan.

Abdul Halim explains that these small-scale craft enterprises are the source of livelihood for a large number of people from Kota Belud. The high demand for Sabah’s traditional handicraft can provide a lucrative income for local communities. 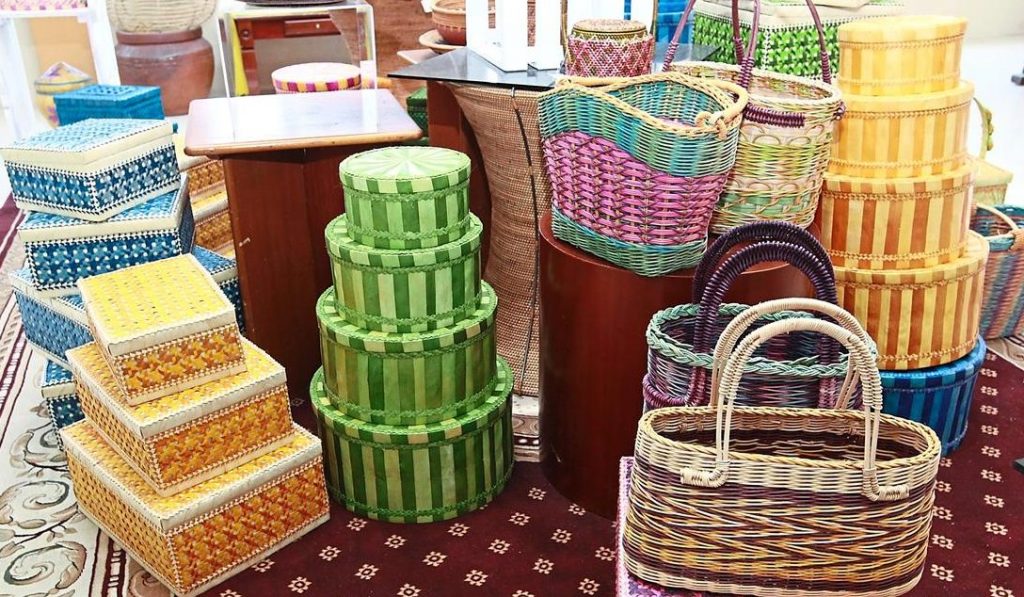 “Over 300 craftsmen across Kota Belud are registered with Kraftangan Malaysia (Sabah). They run their small-time business from home, right from sourcing for raw materials to creating intricately designed pieces.”

Recently, media members were invited for the Kraftangan Malaysia’s Project Kraf Kampungku (Craft From My Village) trip to Kota Belud. It is an initiative to promote Sabahan crafts to a wider audience.

Craft From My Village is under Kraftangan Malaysia’s One Industry One District programme. The initiative aims to re-brand and encourage local craftsmen to venture into this thriving business. During the three-day trip, journalists visited five craft industries in Kota Belud.

The town is made up of people from the Bajau, Iranun, Dusun and Kadazan communities. Locals produce a wide range of handicraft products catering to the domestic and international market.

The Iranun community are known for their tapestry. Some of their popular textile art works include Mugah, Dastar and Ampik. The Dastar is often used as ceremonial headgear by ethnic groups such as the Kadazan, Dusun and Bajau. The beautiful handwoven pieces are also the choice material for traditional weddings. 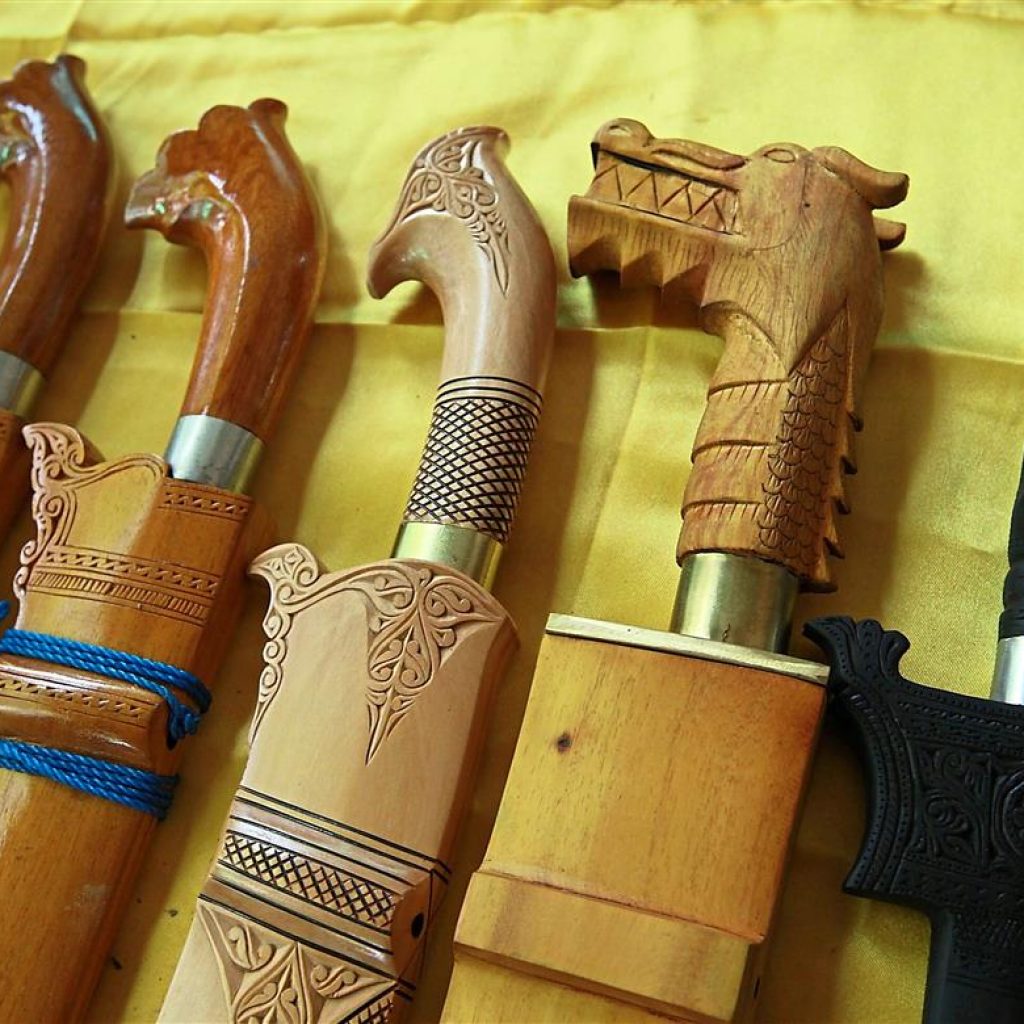 Machetes, made by the Bajau community from Kota Belud, are prized for their fine carvings.

The Bajau men are skilled craftsmen, known for their handcrafted machetes, while the women are renowned for their expertise in leaf-weaving.

The Dusun community is known for rattan weaving and tree bark craft.

Their craft items are sold at Kota Belud’s Tamu Besar, the local Sunday morning market. They are also distributed to popular tourist destinations across Sabah, Sarawak and West Malaysia.

“Tourists love the tenduang, a food cover, woven using dyed serdang leaves. The Bajau machetes are also sought after because of their fine craftsmanship and carving featuring Bajau traditional motives. These are some of Sabah’s signature souvenir items,” explains Abdul Halim, 39, who is inclined towards wood-based handicrafts due to its uniqueness and versatility. 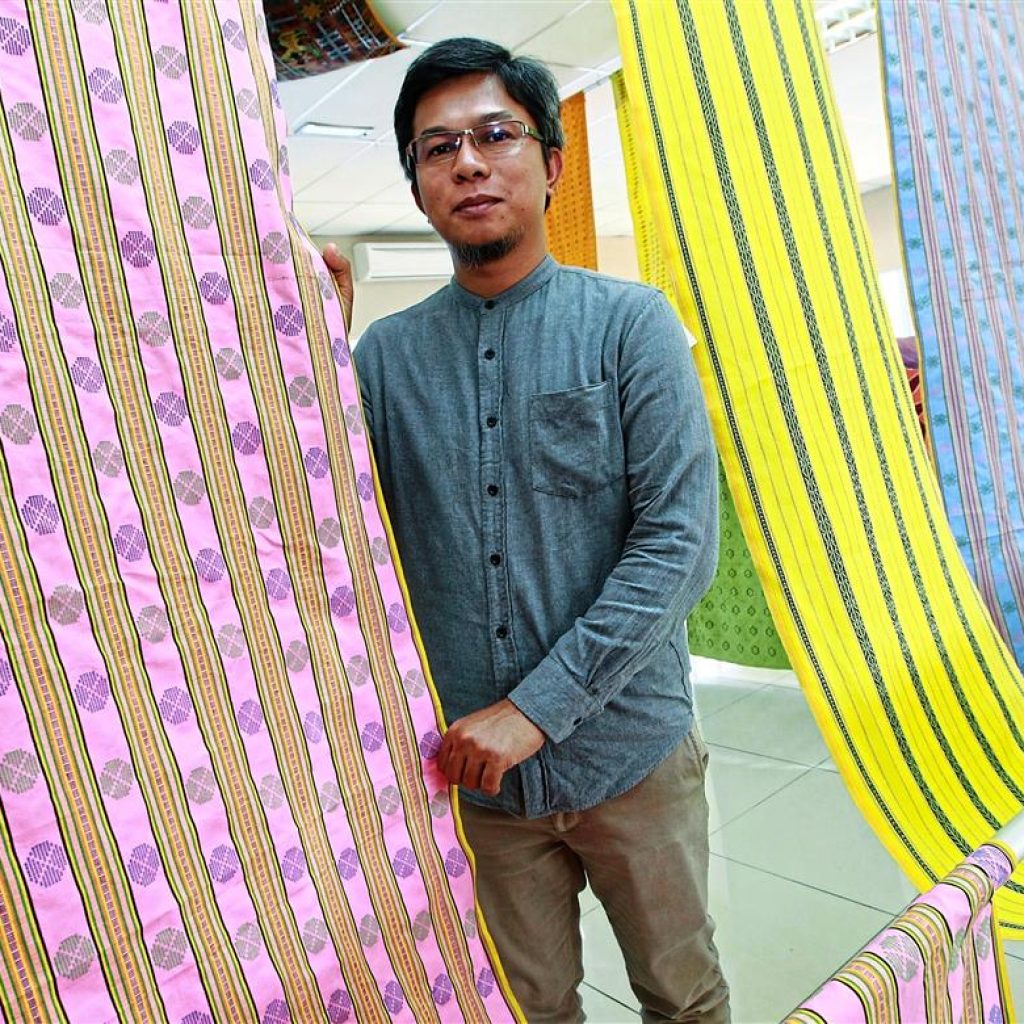 The centre serves as a one-stop destination where budding entrepreneurs can sign up for handicraft courses that run between three and six months. It is the first centre of its kind in Sabah.

There are five sub-training centres within the incubator, catering to craftsmen specialising in machetes, rattan weaving, wood work and Dastar tapestry.

“We accept people from the community who want to make a living from handicraft. Essentially, it is about enabling the local community to earn a sustainable living as artisans.

“So far, 55 youth from Kota Belud have signed up with us,” says Abdul Halim, adding the courses are fully subsidised by Kraftangan Malaysia.

Indian food memories: Go on an epic culinary journey in this lovely food memoir
Madagascar’s unique biodiversity could take millions of years to restore
How pets motivate children to want to interact with it, promoting development
Showing kindness and empathy for animals
Danish firm designs the SUV of cargo bikes
Coffee Meets Whisky In Perfect Harmony With The Macallan‘s Latest Release
Imaginenation: just drive, don't worry about how to pay that toll
Dear Thelma: My in-laws are intrusive and make decisions for us
London to turn disused rail viaduct into its own High Line
Is space tourism the bane of the environment?