Terengganu can do better than chop forests for oil palm

File photo of a pile of logs in Terengganu washed by floods until it has blocked a road to Bukit Besi. Deforestation often causes negative impacts such as floods and erosion. - Filepic

Earlier this month, it was announced that TDM Berhad had accepted 4,515 hectares of land offered by the Terengganu State Government for its domestic oil palm plantation expansion plan.

It was also reported that the Terengganu State has agreed to convert the land from forest reserve to government land. To compensate, the State will replace the affected areas with other lands as forest reserve, and TDM Berhad will make a payment of RM250 per hectare per annum to a trust fund for wildlife conservation and conflict management.

However, according to WWF-Malaysia, what all these amount to is allowing large-scale deforestation. This will lead to significant loss of biodiversity, many direct and indirect socioeconomic impacts, and disruption of delicate ecosystems.

“There are no more deforestation for the purpose of opening up new oil palm plantations...Our government is also fully committed to maintain more than 50% of the country’s forest reserves,” he had said then.

File photo of a pile of logs in Terengganu washed by floods until it has blocked a road to Bukit Besi. Deforestation often causes negative impacts such as floods and erosion. - Filepic

WWF-Malaysia adds that there have been one too many unnecessary deaths of iconic and endangered species in 2017 alone due to deforestation.

(Many animals end up entering kampungs and plantations when their forest homes are destroyed, leading to what is called "human wildlife conflict". This usually ends badly for the animals, for example elephants are often poisoned to prevent them from eating fruits, including oil palm bunches.)

“As a science-based organisation dedicated to the conservation of biological diversity, we are deeply concerned that insufficient measures are taken to protect our nature and wildlife,” underlines their press release.

A dead elephant found at Gunung Rara, Sabah. As their forest homes shrink, the elephants wander into kampungs and plantations, causing conflict that usually ends badly for the animals. - HENRY JAMES/WWF Malaysia

Instead, what is needed is “responsible production and sustainable consumption of palm oil”, something supported by WWF-Malaysia.

This is vital not only to the maintenance of biological diversity and natural resources, but also to the development of human rights, and the continued economic growth of Malaysia.

“We believe that the palm oil industry can develop sustainably without further destroying rainforests or harming communities and endangering wildlife,” emphasises the NGO.

“While irresponsible palm oil development has had negative impacts on nature and people, the sustainable development of the palm oil industry has also enabled millions to escape poverty and improve livelihoods.”

WWF-Malaysia believes that actions such as the degazettement of forest reserves is unnecessary and not in support of one of the UN’s Sustainable Development Goals (SDGs) pledge, which is to halt deforestation by 2020.

In 2017, The Star reported that the European Union Parliament passed two resolutions due to claims that palm oil producers have failed to achieve the United Nations Sustainable Development Goals (SDG), which includes responsible consumption, production and climate action.

The resolutions restricted access of Malaysian oil palm to the EU by imposing a single certified sustainable palm oil (CSPO) scheme for Europe-bound palm oil exports after 2020 and to phase out palm oil from the EU biofuel programme by 2020.

There were nationwide petitions and protests by Felda settlers against the EU's actions (see main pic above).

According to NGO Forest Trends, as of March 2017, 447 companies had made 760 commitments to curb forest destruction in supply chains linked to palm oil, soy, timber and pulp, and cattle. This commitment has been echoed by major palm oil producers, traders and buyers as well.

The irony here is that TDM Berhad, an oil palm plantations cultivator wholly owned by the state investment arm, Terengganu Inc Sdn Bhd, is also a member of the Roundtable on Sustainable Palm Oil (RSPO).

One of RSPO’s main missions is to minimise tropical deforestation.

In view of this, WWF-Malaysia believes that expanding oil palm plantations on degazetted forest reserves would not be an economically-sound decision, as it would most likely lead to a decrease or cessation of demand for palm oil from major industry players who have made a No-Deforestation pledge (bearing in mind that the EU has already moved to restrict imports of oil palm deemed to be ecologically unsustainable).

In conclusion, the appeal is: “As the Terengganu State Government has always maintained open channels of communication with WWF and supported our initiatives, we strongly urge the State to reconsider its decision in the degazettement of these forest reserves, and explore other more sustainable options to develop Terengganu.”

Terengganu can do better than chop forests for oil palm 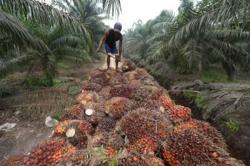 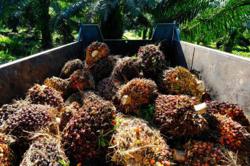