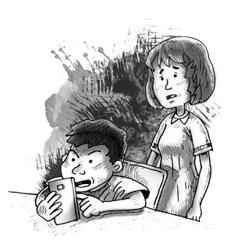 On July 1, 1954, Umno and MCA organised a parade through the streets of Johor Baru, ending by the stairs in front of Johor’s government department building to support a memorandum urging the establishment of the Federal Constitution. Such a vital document, fought for by our forefathers, cannot easily be changed. Photo: National Archives

Donald Trump has had an interesting first few months in office. One interesting event – out of very, very many – was the attempt to push through a presidential executive order that was, at its root, aimed at Muslims.

Of course, the White House denied this to be the case. They said that it was a travel ban on a few countries whose populace happened to be overwhelmingly Muslim.

Well, a judge disagreed, and said it was the context of how the order was given that matters.

This idea that context matters came to mind again recently when former Chief Justice Tun Ahmad Fairuz Abdul Halim said in a lecture that “I feel that anything which is in contradiction to Islam is unconstitutional”.

Unfortunately, I don’t have access to the full talk. But I suppose a reasonable argument to make is, because Article 4 says that the “Constitution is the Supreme Law of the Federation”, then everything in Malaysia’s Federal Constitution should overrule any other law – including Article 3 that says “Islam is the religion of the Federation”.

There has been much debate about this. Prof Shad Saleem Faruqi in his Reflecting On The Law column in The Star earlier this week said that Article 3(1) “does not signify that Malaysia is an Islamic theocracy or an ‘Islamic state’” and that “the view that ‘Islamic law takes precedence over civil legislation’ needs critical examination”. (His whole article – “Constitution – the litmus test of validity” – makes excellent reading.)

On the other hand, I will look at a historical perspective (drawing heavily from work done by Joseph Fernando of University Malaya in “The Position Of Islam In The Constitution Of Malaysia” available at repository.um.edu.my/107226/).

And I have to ask: What on Earth were people thinking when they drafted this clause?

In 1956, the work of drafting the new Federal Constitution fell to the Reid Commission, headed by Lord Reid and four other senior lawmakers from Britain, Australia, India and Pakistan.

The original draft by the Reid Commission said nothing about the position of Islam in Malaya. This was despite a memorandum submitted by the Alliance (the coalition of Umno, MCA and MIC that would become Barisan Nasional) that the Constitution include the phrase that, “The religion of Malaysia shall be Islam”, with the important proviso that it “shall not imply that the State is not a secular State”.

Justice Abdul Hamid, a high court judge from Pakistan who was one of the members of the Reid Commission, would later comment that the provision declaring Islam to be the religion of the State should, among other things, “not prevent the State from being a secular State”. It must be noted that the other members of the commission were still not comfortable with the role of religion in a secular state.

In a separate meeting with Alliance members, Rulers and the High Commissioner, it was minuted that Tunku Abdul Rahman assured members that “the whole Constitution was framed on the basis that the Federation would be a secular State”.

Then, in a meeting with the Colonial Office in London in May 1957, Alliance leaders said they “had no intention of creating a Muslim theocracy, and that Malaya would be a secular State”.

In July 1957, the Alliance tabled a White Paper in Parliament stating that while the Constitution would include that “Islam is the religion of the Federation”, that will “in no way affect the present position of the Federation as a secular state”. This was reiterated by Tun Tan Siew Sin in debate, saying that “this does not in any way derogate from the principle, which has always been accepted, that Malaya will be a secular state”.

There is a trend here.

Add to that the historical reality that I have read or heard nothing that would imply that Tunku would have supported the idea that Islam would guide the drafting of Malaysian laws.

So why was this clause so important anyway? There is evidence that the whole exercise was an effort at negotiating compromises in what is now known as the “social contract”. As Fernando writes, referring to the minutes of an Alliance sub-committee meeting, “The provision on the religion of the Federation and Malay Special Position were a concession made by the MCA and the MIC in response to the concessions made by Umno on citizenship and language”.

In fact, I heartily welcome any evidence contrary to the idea that when the Alliance proposed for Islam to be the religion of the Federation, it was more symbolic than otherwise. It would at least make the argument interesting.

Now, there are those who will say that culture and the nation is dynamic and ever-changing, so our interpretation of the Constitution should also move with the times. But I think it’s crucial that we don’t manipulate the intent inherent in the words to fit our present-day needs, for otherwise it would demean and debase the Federal Constitution.

Instead, if you want to change the meaning, have the courage to actually amend the Constitution clearly. In effect saying, “This is what we want now, different from what our forefathers wanted then”.

If you want syariah law to be dominant in the country, let’s do it properly instead of hiding behind a Bill whose drafters tell detractors that “it isn’t syariah law”, while turning around and telling supporters “it’s a step in the right direction”.

Similarly, that American judge agreed that Trump’s executive order had to be taken within the context of the president’s intentions, and judgement could not be based only on the text of the order.

And what is that context? Well, even though White House lawyers claimed that the executive order did not contain language targeting any particular religion, the judge took note of the following: a TV interview in which Trump said it was “very hard to separate” Islam and radical Islam; a debate at which Trump was asked if “a Muslim ban still exists” and he answered, “it’s called extreme vetting”; and Trump supporter (and former New York City mayor) Rudolph Giuliani admitting on TV that the president asked him how to create “a Muslim ban” “the right way, legally”.

It gives me great joy to see the hateful intent promulgated by Trump finally rested upon his shoulders. In the same way, I would like to see the noble intent of our forefathers rest on ours.

Logic is the antithesis of emotion but mathematician-turned-scriptwriter Dzof Azmi’s theory is that people need both to make sense of life’s vagaries and contradictions. 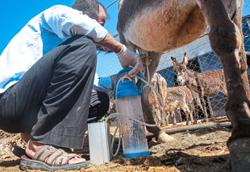 Tips for parents with children who have learning disabilities
The digital healthcare generation gap in Malaysia
No one can hide from the climate crisis, not even billionaires
Herd immunity for Covid-19 is unlikely to be achieved
Malaysia should look into a 'green recovery' for the economy
Here's the proper way to fill your 'tank' for exercise
When you need to stent your heart arteries
Covid-19 has triggered a mental health crisis and we need to deal with it now
You don’t need to be seriously stressed before seeking help with your mental health
We need to protect the children until they're old enough to be vaccinated