How do we ensure elephants in Peninsular Malaysia survive

The last wild elephant in Selangor was captured in 1991. That is the price paid for rapid development and deforestation in the state, which resulted in the loss of habitat for the largest land animal.

Fast forward 25 years later and it’s been an uphill struggle to ensure that elephants do not perish in the remaining six states in Peninsular Malaysia where they still roam.

The main threat to these animals is the loss of habitat due to deforestation when farms and plantations are set up. This inevitably leads to human-elephant conflict. These once regal animals are also threatened by poachers who are after their valuable tusks for ivory.

Most elephants are found in the East Coast states of Pahang, Kelantan and Terengganu while Johor, Kedah and Perak are home to smaller populations.

Department of Wildlife and National Park Biodiversity (Conservation Division) wildlife officer Nurul Azura Mohd Naim who conducts awareness programmes on elephant conservation in schools in these states, says the response she gets from kids in these schools is interesting. 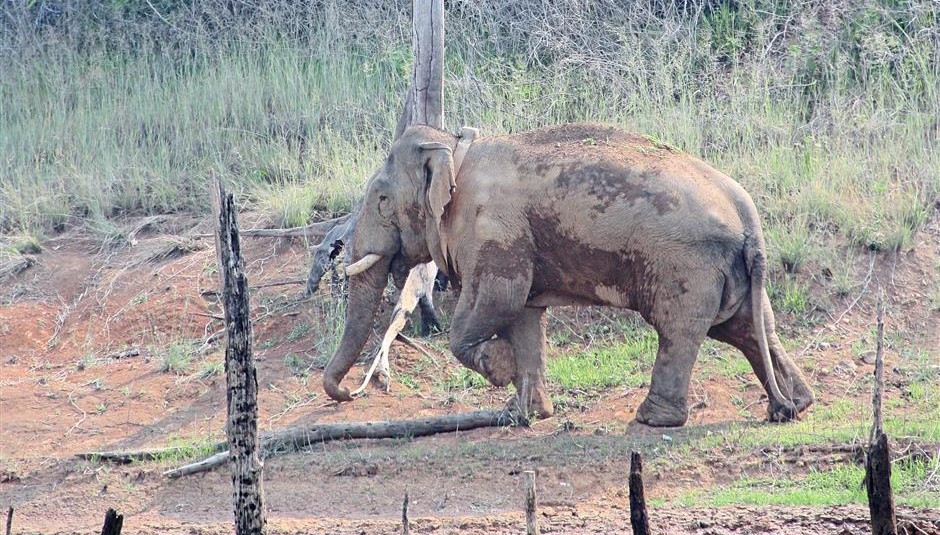 A wild elephant spotted in the Belum-Temenggor forest of northern Perak. Photo: MEME

“Oddly enough, the first thing they said they would do when they see an elephant is to take a we-fie with it,” she laughed.

“However, most of them view this animal negatively as it is seen as a destroyer of farms and livelihood in the villages they come from,” she said, referring to human-elephant conflict in these largely rural communities located along forest fringes.

“More than 50% of the students we spoke to said that they don’t like elephants, but we are glad that at the end of the programme, we managed to bring this down to 6.7%,” she said. 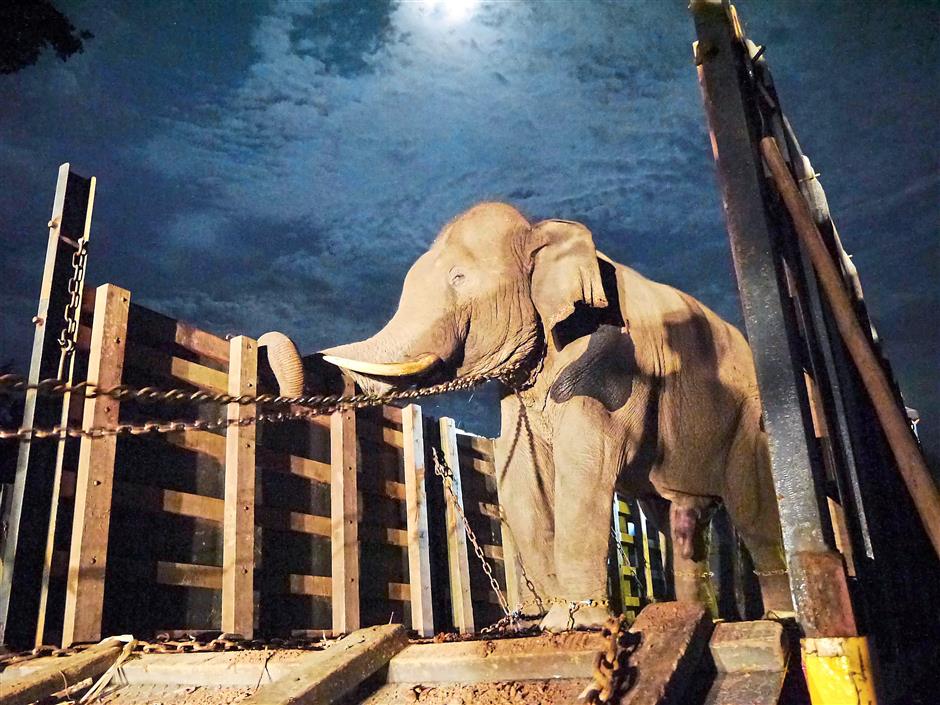 The elephant translocation programme helps take elephants away from conflict areas where humans have encroached on their natural habitat. Photo: Aris Oziar

Nurul was speaking at a dialogue on elephant conservation organised by J.C. Jacobsen Foundation, a charitable arm of Carlsberg Malaysia, together with Centre for Environment, Technology and Development Malaysia (Cetdem) in mid-August.

Another panellist at the dialogue, University of Nottingham Tropical Conservation Ecology Lab Associate Professor Ahimsa Campos-Arceiz, said elephants are ecologically important as they move seeds from one part of the forest to another by eating them in one area and defecating them in another. This is why large fruits like durians and jackfruits emit a strong smell to attract large animals to eat them.

A family or herd of elephants needs 700 sq km of space to wander and forage for food. That is why the Central Forest Spine (CFS) of Peninsular Malaysia is important.

The CFS is a proposal to link up major forest complexes with a network of ecological or green corridors to create one continuous wildlife sanctuary. The CFS was tabled jointly by the Ministry of Natural Resources and Environment (NRE) and the Ministry of Housing and Local Government in 2011 to the Cabinet. 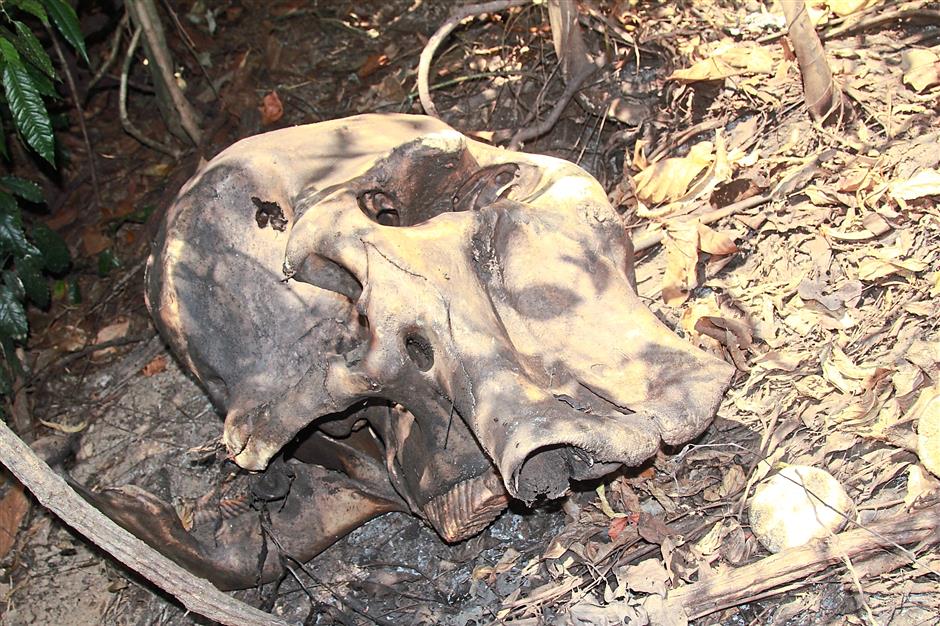 “This is a good plan but there seems to be some conflict between state and federal governments,” said Ahimsa. As forests come under state jurisdiction, he added that many forests reserves are being earmarked for logging or replaced with plantations.

The habitat of these endangered animals is affected mostly due to deforestation for plantations like oil palm – which happen to be very tasty to elephants, said Ahimsa. This in turn leads to human-elephant conflict, where plantation owners incur costs and loss of profit.

WWF Peninsular Malaysia Terrestrial Conservation Programme, Tiger Landscape Lead, Dr Mark Rayan Darmaraj spoke on the fragmentation of forests due to development and plantation activities. He said it is crucial to ensure that the 37 linkages along the CFS are protected.

The most important linkages are to connect the main priority sites between the Belum-Temenggor forests (northern Perak), Taman Negara (shared between Pahang, Terengganu and Kelantan), and the Endau-Rompin National Park (shared between Johor and Pahang).

These linkages are designed to form a gateway that will allow animals like the elephant to move from one large forested area to another.

In addition to the fragmentation of the elephant’s habitat, one of the major threats to these animals is poaching, namely for their tusks, said Mark.

“Some poachers have been detected but we need to do monitoring over an extensive forested area,” said Mark. 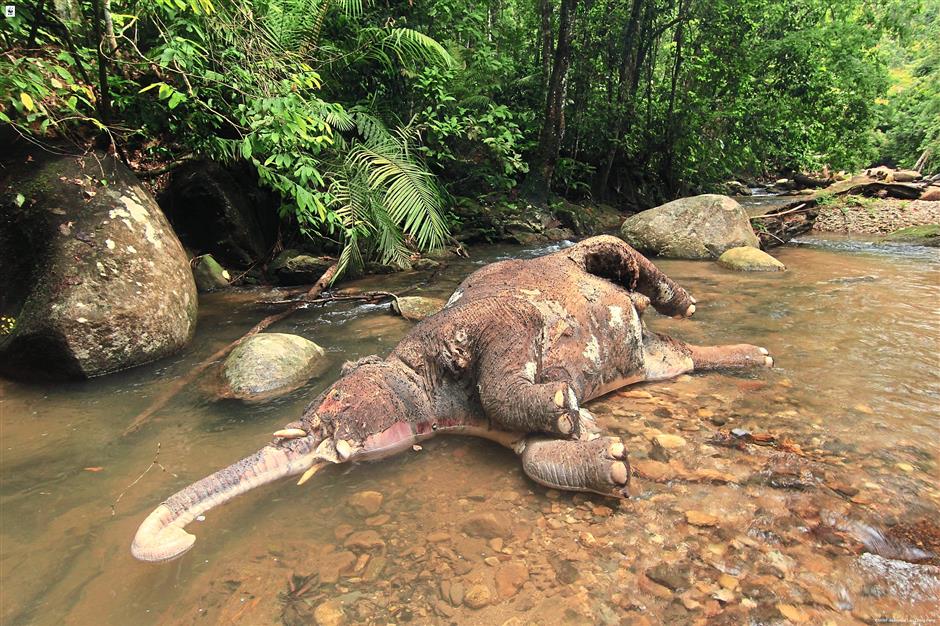 Mark said in terms of enforcement, there are coordinated operations and enforcement efforts by the Wildlife and National Parks Department, the Forestry Department and the army.

“We have adequate laws and policies in place, but the lack of enforcement is where the problem lies,” said Mark. He added there is a conflict between federal policies and state jurisdiction of forested areas.

The number of boots on the ground should be increased, he noted, especially since there is a large area of forest to monitor. Thailand and India have one ranger for every 10 sq km; but Malaysia has less than 10% of such “gold standard” protection.

“Without an increase in enforcement, we will lose a lot of these animals,” he said.

“It is a major problem, but not many Malaysians are aware or have empathy for this cause,” said Mark. “There is a disconnect as this problem does not affect urbanites.”

WWF-Malaysia (WWF-M) is stepping up education and engaging the public and local communities, in particular the orang asli, to be the eyes and ears of enforcement agencies and report any offences involving wildlife.

According to the Department of Wildlife and National Parks, the current population of elephants in Peninsular Malaysia is about 1,200 to 1,600.

The J.C. Jacobsen foundation which organised the dialogue aims to increase public awareness of elephant conservation which it believes is a key component towards alleviating human-elephant conflict.

The foundation advocates wildlife conservation, and is the proud adoptive parent to three Pahang-born domesticated elephants – Siti, Sibol and Teriang – at the National Zoo.

How do we ensure elephants in Peninsular Malaysia survive