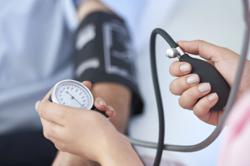 Technically speaking, vaping products are not legal in Malaysia, and have also been declared haram by the National Fatwa Council. — Filepic

This is an unacceptable number, and begs the need for a new and stronger Tobacco Act.

Decisions are currently being made about vaping in Malaysia, which has long-term harms, without adequate public scrutiny during this Covid-19 pandemic.

In today’s column, we examine the facts of vaping, how invisible policy decisions can damage the lives of Malaysians, and propose three solutions.

Here are five facts about tobacco and vaping.

One, Malaysia is a party to the Framework Convention on Tobacco Control (FCTC) launched by the World Health Organization (WHO) in 2003, which is the world’s first treaty on public health.

Two, tobacco is harmful and leads to diseases such as coronary heart disease, cancers and chronic lung disease.

Tobacco is the main cause of death worldwide, related to eight million deaths every year.

In Malaysia, the 2019 National Health and Morbidity Survey (NHMS) estimated that five million Malaysians above 15 years of age are smokers.

The smoking habit kills 20,000 Malaysians every year, while the cost of treating just three smoking-related diseases is estimated at RM3 billion annually.

Three, it is not completely true that vaping is less harmful than smoking, although the vaping industry argues that it is a safer alternative.

There is significant evidence that e-cigarettes contain harmful substances such as diacetyl (a chemical linked to a serious lung disease), cancer-causing chemicals, volatile organic compounds (VOCs) and heavy metals such as nickel, tin or lead.

E-cigarettes have been linked to thousands of cases of E-cigarette or Vaping-Associated Lung Injury (EVALI), some resulting in death.

Four, there is significant evidence that shows young people who vape are more likely to progress to cigarettes.

In other words, vaping is a “gateway activity” to cigarettes.

There is also evidence that e-cigarettes do not help smokers who want to quit, instead turning them into dual users of cigarettes and e-cigarettes.

And there is evidence that e-cigarettes are increasingly used by youths and children, especially with false and misleading adver- tising.

Fifth, Big Tobacco is rich and powerful, spending tens of millions of dollars on lobbying annually.

Vaping and e-cigarette companies are catching up with “traditional tobacco companies”, with one vaping company increasing their lobbying spending by 1,220% between 2017 to 2018.

Traditional tobacco companies are also expanding into vape and e-cigarettes as their new commercial strategy because of intense political action against smoking.

In 2018 for example, 96% of all vaping sales in the United States were connected to Big Tobacco.

In Malaysia, tobacco products are regulated by the Control of Tobacco Product Regulations 2004, which is under the Food Act 1983.

A separate and full-fledged Tobacco Act has been mooted since 2016, but it remains at the Attorney-General’s Chambers and has not yet been tabled in Parliament.

In October 2020, the Finance Minister announced that a new e-cigarette and vape tax would be introduced this year (2021).

This is ill-advised and contrary to Malaysia’s obligations to the FCTC and the Sustainable Develop-ment Goals (SDGs) to reduce tobacco use.

It required Malaysia’s Children’s Commissioner to urge the government to ban or prohibit vaping in adults, as well as children, in May (2021).

Recently, we heard that the previous Cabinet approved this plan to collect taxes on nicotine in vaping products.

However, there are no published statements by the previous or current Cabinets on this issue.

We urge transparency on this important issue.

This decision comes after years of sustained pressure on the government to approve taxes on vaping products.

For example, the Retail and Trade Brands Advocacy Malaysia Chapter claims that Malaysia can make up to RM300 million a year in taxing nicotine in vaping products “if appropriate vape regulations are introduced”.

This group went on to say that “this will spur and generate economic activities in this growing industry”.

Taxing nicotine is intended to reduce nicotine and tobacco usage, not to raise taxes and certainly not to grow the economy.

Anyone who says that Malaysia relies on tobacco jobs is also wrong.

To be absolutely clear, we strongly disagree with any decision to collect taxes from nicotine in vaping products for health and equity reasons.

There is another reason for this: technically speaking, vaping products are not legal in Malaysia.

Therefore, we cannot tax a product that is not explicitly legalised.

Getting rid of smoking

Our stance is clear: Malaysia should aim to become a tobacco-free nation before 2040.

This means that we should explicitly ban vaping products in Malaysia.

This will allow Malaysia to be consistent with the National Fatwa Council that declared e-cigarettes to be haram (in 2015), following their 1995 fatwa that smoking is haram.

An explicit ban on vaping products will also bring Malaysia up to the standards of Brunei, Cambodia, Singapore and Thailand.

In parallel, we recommend passing the Tobacco Control Act.

Malaysia needs such a full-fledged Act that can cater to the increasing number of tobacco and vaping products available.

Such an Act can also mitigate the innovativeness and strong lobbying activities of the tobacco and vaping industry.

In other words, a law alone is not adequate to fight tobacco usage.

Otherwise, a ban on vaping will only drive more people to use cigarettes, which could counteract all the benefits of banning vaping.

Therefore, we need a stronger set of policies against tobacco, while also banning vaping.

Therefore, Malaysia must prioritise the implementation of tobacco control measures, starting with transparency of Cabinet discussions and decisions on vaping.

Dr Mohammad Fadzly is a public health specialist, Muhammad Sha’ani Abdullah is the Malaysian Council for Tobacco Control secretary-general, and Dr Khor Swee Kheng is a physician specialising in health policies and global health, who tweets as @DrKhorSK. The views expressed here are entirely their own. For more information, email starhealth@thestar.com.my.