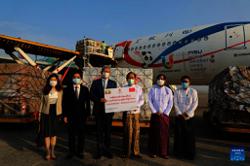 LNPs are little fat balls that surround, protect and deliver the mRNA that contains instructions on how to make specific proteins in the body. — Wikimedia Commons

One of the greatest challenges scientists faced while trying to develop messenger ribonucleic acid (mRNA) as a therapeutic agent was finding a way to deliver it into the body without letting it get digested.

Biochemist Dr Melissa J. Moore points out that we are actually consuming a lot of RNA whenever we eat whole protein-rich foods like meat and fish.

The expert in RNA splicing explains that our body is programmed to consider any RNA outside the cells as either a virus or food, so it is either destroyed or digested.

This meant that any mRNA sent into the body as a drug or vaccine had to be protected from these two processes until it manages to enter the cells to do its work.

“So we had to figure a way to protect the RNA so they could get from the point of where we inject it to where it needed to go, but also to be taken up by cells,” says Dr Moore.

The chief scientific officer for the American pharmaceutical and biotechnology company Moderna shares that the way they came up with was an artificial lipid transport complex.

“Our bodies transport fats around all the time, because of course, all our cells need lipids or fats for the cell membranes and stuff, so it’s an essential part of our diet.

“And the body uses these little lipid droplets – they’re tiny, they’re only about 100 nanometres in size, they’re tiny little fat balls,” she says.

Dr Moore explains that our cells are used to endocytosing, or “eating”, these lipid transport complexes as they contain essential building blocks for certain cellular structures.

“And so, what we learnt how to do – and this is where (chemical engineer and Moderna co-founder Robert) Bob Langer’s group had really been at the forefront – was to make an artificial lipid transport complex called lipid nanoparticles or LNPs, where we hide the RNA inside the LNP.

“In other words, what we do is we take the RNA and we make special fats that are specifically designed to bind to RNA – normally, fats don’t bind to RNA very well – and then we coat that with other lipids that are natural to the body to make little fat balls that have the mRNA inside.”

Although the LNPs were originally designed to deliver mRNA for rare metabolic diseases intravenously, Dr Eric Huang, who is now Moderna Genomics general manager and chief scientific officer, thought of trying to see if they could be used to deliver an mRNA vaccine via an intramuscular injection.

It worked so well that he and his team repeated the experiment on mice two more times before daring to inform the Moderna leadership, shares Dr Moore.

“And that was the innovation,” she says.

It was a turning point in the development of Moderna’s Covid-19 vaccine, enabling the mRNA instructions for the SARS-CoV-2 virus’ protein spike to be delivered effectively and safely into the human body.

Not all LNPs are the same though, says Dr Moore.

They can range in size, surface structure and the types of cells that recognise them.

“So what we have been able to do is to engineer different LNPs with different compositions that are preferred for uptake by different cell types,” she says.

The company currently has five different LNPs for their products, including the one used for vaccines given intramuscularly, which is particularly liked by immune cells; one that is liked by liver cells and given intravenously for rare metabolic diseases; one injected directly into tumours to produce proteins that will stimulate the immune system to attack the tumour; and one that can be delivered directly into the lungs via inhalation to treat cystic fibrosis. 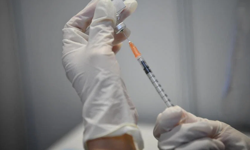 Exercises that can help you channel your inner bunny
Injecting stem cells to treat this inherited cause of blindness
Dealing with fatty liver disease through your diet
Here's how to allergy-proof your home
This artificial pancreas could automate insulin delivery for diabetics
Simple ways to eat healthy this Chinese New Year
A simple and cheap injection reduces risk of cerebral palsy significantly
When traffic noise gets too loud for health
Three criterion when selecting a gym to sign up for
Suddenly getting dizzy spells during your menopause?