All the equipment used to produce mRNA vaccines are easily portable, resulting in its manufacturing footprint being small. — Moderna

Messenger ribonucleic acid (mRNA), long a part of college biology textbooks, entered the public limelight with a vengeance with the development of the first Covid-19 vaccines in 2020.

As an essential component of the body’s protein-building mechanism, mRNA is a normal part of our cells – and indeed, in the cells of all living organisms on Earth.

“So that means that humans have a lot of it already in our bodies,” says biochemist Dr Melissa J. Moore.

“Because it forms the instructions by which our bodies use to make proteins, and proteins make up around 15% of the total weight of our body.

The central dogma of biology, she explains, is that the permanent copy of a living organism’s information is in its DNA (deoxyribonucleic acid), the necessary parts of which are then transcribed or copied into mRNA.

The mRNA subsequently serves as a blueprint for the production of proteins.

Although mRNA has been a part of humans since the beginning of our evolution, it was only discovered in the early 1960s.

However, it took over four decades more before scientists were able to make mRNA in the lab in sufficient quantities for practical applications, as well as to make it in such a way that the human body would not reject it when it is injected in.

Explains Dr Moore: “The reason that the human body is on the lookout for mRNA coming from the outside is that the most common families of viruses that infect humans are RNA viruses, just like SARS-CoV-2 is an RNA virus.

“And so, our innate immune systems have developed mechanisms over the millennia to recognise mRNA coming from the outside as foreign, and to reject it.”

But the chief scientific officer for the American pharmaceutical and biotechnology company Moderna adds that over the last 15 years or so, researchers have learnt how the body recognises foreign mRNA and have managed to come up with ways to deliver mRNA into the body without triggering the immune system.

This has opened up a vast vista of potential treatments and prevention methods in the form of vaccines for multiple diseases.

As mRNA can be used to kickstart the production of any protein for which the genetic code or DNA sequence is known, it can be used to replace missing proteins in the body or introduce new proteins that can ameliorate or fight a disease process. 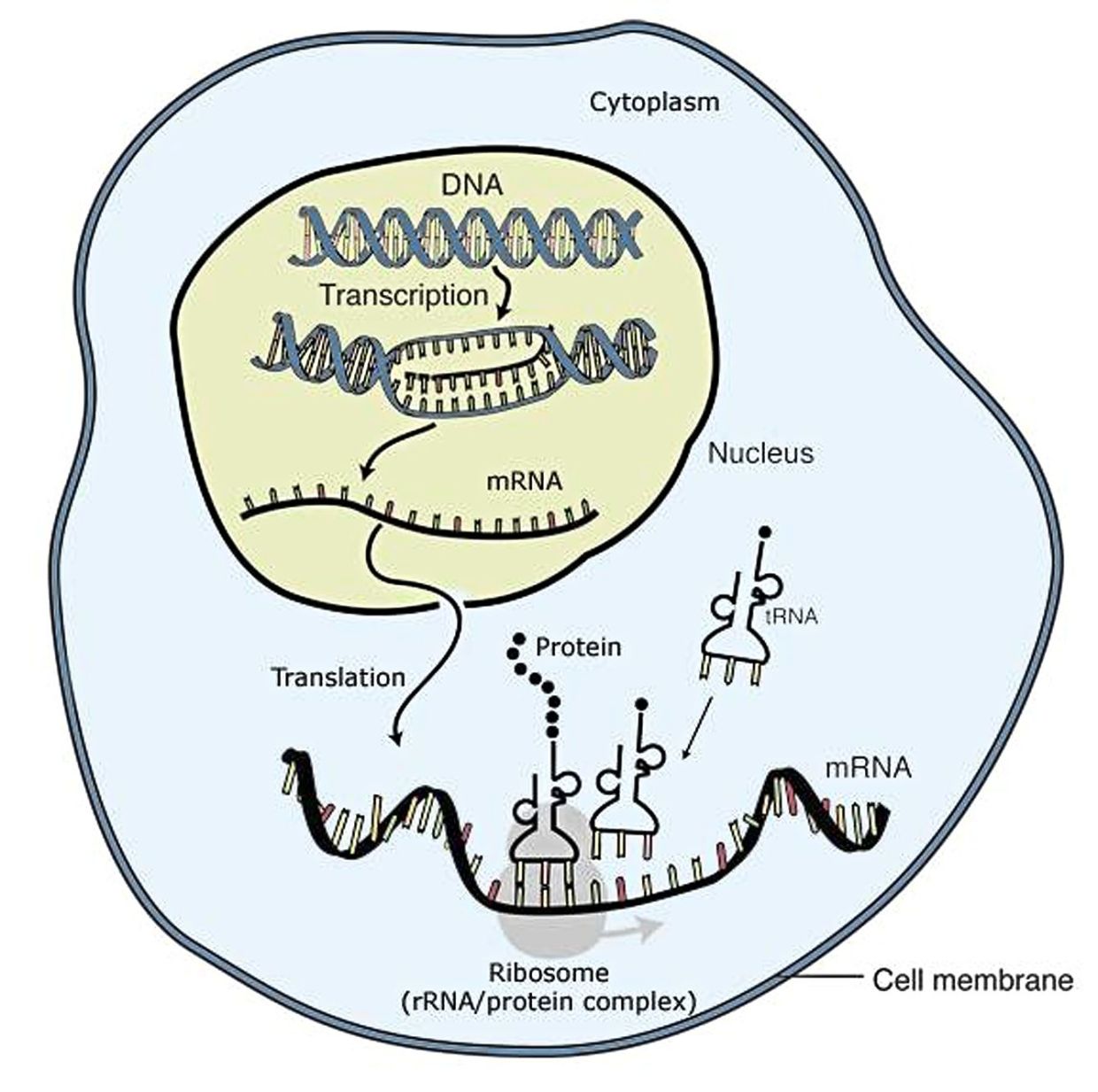 Proteins are produced from the instructions in mRNA, which are copied from our DNA. — US National Human Genome Research Institute

In the case of vaccines, mRNA is used to introduce certain protein parts of a virus into the body in order to trigger an immune response.

This then primes the body to react quickly the next time it encounters the same viral protein parts.

For example, the current mRNA vaccines for Covid-19 trigger the body to produce the SARS-CoV-2 virus’ protein spike.

Because it is just the spike of the virus, it doesn’t cause Covid-19; however, if the actual virus infects the body, the immune system will be able to recognise the virus’ protein spikes and react fast to fight it off.

Meanwhile, examples of areas where mRNA-based treatments are being explored include rare diseases, cancer and autoimmune diseases.

Dr Moore shares that Moderna, in fact, started out with the aim of coming up with treatments for rare metabolic diseases.

In such conditions, patients are usually missing one particular crucial enzyme, as the gene that codes for it is mutated.

An infusion of an mRNA sequence that provides instructions for that enzyme (which is a protein) could help treat the disease.

Cancer treatment is another area where there is huge interest in mRNA-based medicines.

Dr Moore notes that Moderna had already been producing personalised cancer vaccines for two years prior to the Covid-19 pandemic.

“So we sequence the DNA or RNA of both, looking for mutations that are present in the tumour, but are not in their normal tissue.”

She explains that in theory, the mutations that are capable of producing proteins would allow the immune system to recognise and react against such proteins, and thus, against the cancer.

“And so we create a vaccine just for that one person with up to 35 of those mutations in it.”

The pros of mRNA 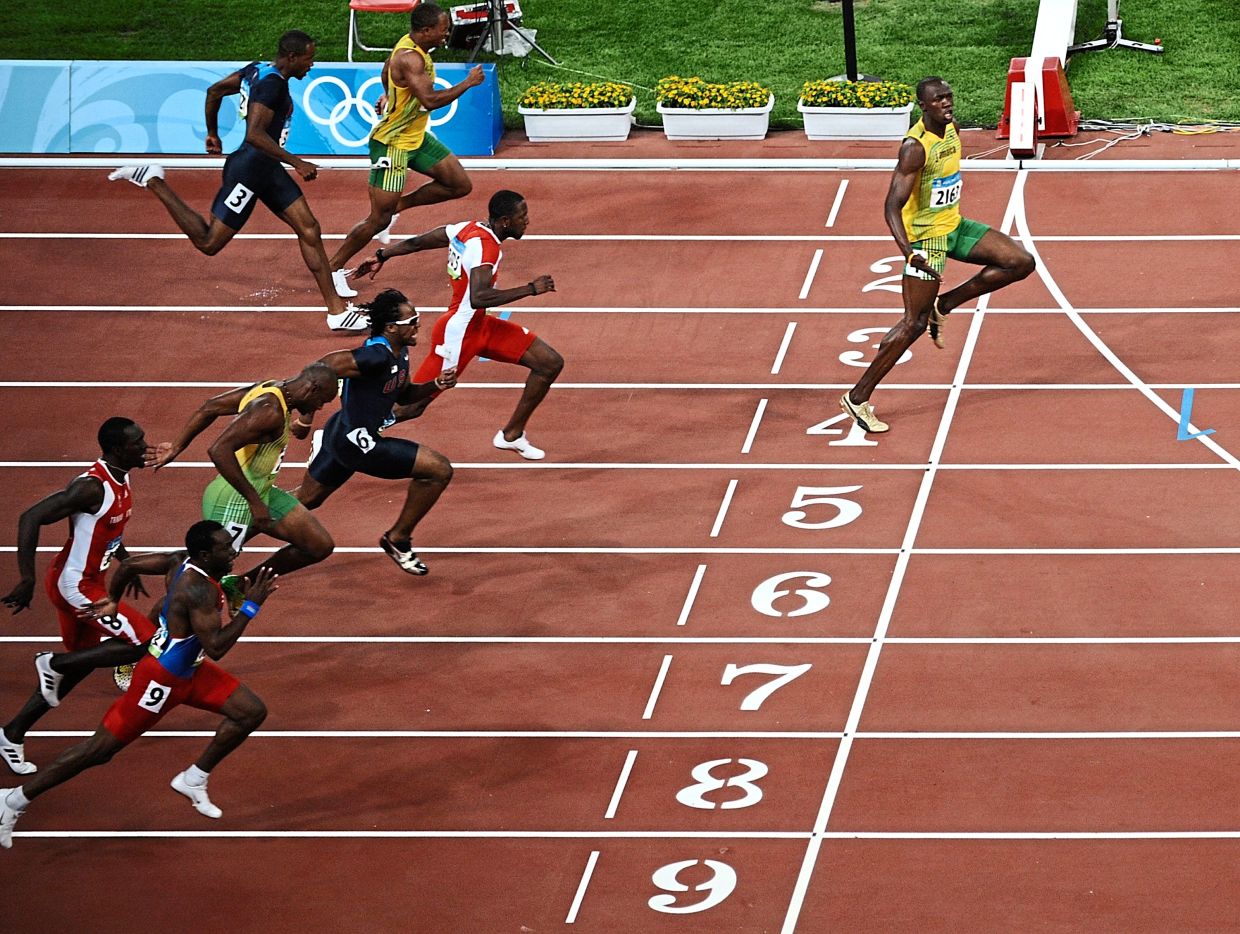 The production of the Covid-19 mRNA vaccines was like athletes racing at the Olympics, says Dr Moore – just like how these athletes train for years before qualifying, so was there many decades of research and development before the vaccines could be produced. — AFP Filepic

There are a number of advantages to mRNA-based treatments and vaccines, which contribute to its potential.

“I told my kids this when they were learning how to drive: the most important pedal in your car is not the accelerator, it is the brake.

“Because if you don’t have a brake, you have no control.

“So, in order for us to control the proteins that are made, the instructions to make those proteins have to be temporary.

“DNA is a permanent copy.

“RNA is a temporary copy.

“And it is meant to be made, used as instructions to make proteins, and then degraded and go away quickly, so that we can control the amount of different proteins,” she says, adding that most proteins are also non-permanent.

She adds that there are three common attributes to all medicines.

These are that their effects are temporary and dose-dependent, and they produce the same effect each time they are taken.

According to Dr Moore, mRNA can be made to last from as short as a few minutes to as long as several days.

She notes that natural mRNA made by our bodies has a half-life of eight hours.

The term half-life refers to the amount of time a substance takes to decrease to half its original concentration.

Another important advantage of mRNA is that it can carry the instructions for more than one protein.

Dr Moore also shares that Moderna is working on a combined respiratory vaccine they call “the whopper”.

This vaccine aims to combine a Covid-19 booster, a flu vaccine (containing up to four influenza viral variants) and a respiratory syncytial virus (RSV) vaccine.

According to her, the current record for the maximum number of mRNA instructions they have managed to load into one dose is about 12.

But she says: “At some point, you do have a dose-limiting toxicity for your delivery vehicle, so that limits the amount of it you can put in.

“And as you add more and more mRNA, the amount of each mRNA is actually decreasing.

“At some point, you don’t get enough of each mRNA to get a good immune response.”

For Moderna’s personalised cancer vaccines, Dr Moore says that they aim to sequence the tumour and produce the vaccine under Good Manufacturing Practice (GMP) with the appropriate quality control processes within 45 days.

“We’d already done that many dozen times before Covid-19 hit.

“And that’s how we were able to make the material for our (Covid-19 vaccine) phase I clinical trial so quickly – we made it in 45 days, and sent it off to NIH (the US National Institutes of Health) for the trial.

“(And) not only made it, but made sure we had done every quality control assay,” she says.

So, for example, with the flu vaccine, which is adapted every six months according to the prevalent influenza viral strains in the Northern and Southern hemispheres respectively at the time, Dr Moore says they would be able to produce a more accurate vaccine in a shorter amount of time.

Currently, the flu vaccine takes about six months to produce, mostly through incubation in chicken eggs, where the virus replicates before being inactivated (killed) and further processed to make the vaccine.

With the mRNA platform, it would be possible to manufacture the flu vaccine within 45 to 60 days.

However, new vaccines and drugs still need to undergo the due regulatory and approval processes, including the appropriate clinical trials for safety and efficacy – this is where much time is taken up.

The initial Covid-19 vaccines were allowed a more truncated process by overlapping the usual four clinical trial phases, rather than doing them sequentially as per usual, due to the urgency of the situation then.

“To make many millions of our Covid-19 vaccine, the equipment for that is no bigger than a large refrigerator, and it’s actually on wheels.

“There are a lot of different pieces of equipment, but they are all on wheels, and we can wheel things in and out as necessary.

“So it’s extremely adaptable,” she says.

She shares that Moderna is currently working with the US Defense Advanced Research Projects Agency (Darpa) on its Nucleic acids On-demand Worldwide (NOW) programme to see if they can miniaturise the equipment enough to fit into a single shipping container that can be sent anywhere in the world.

“So if there was a new outbreak and we had the vaccine for it, we could just send that shipping container, make that vaccine onsite and give it to the local population very quickly,” she says.

Darpa is a research and development agency under the US Department of Defense.

Not a dress rehearsal

Coincidentally, Dr Moore shares that Moderna was actually in discussions with the US NIH, including US National Institute of Allergy and Infectious Diseases (NIAID) director Dr Anthony Fauci, about preparing for a future infectious diseases outbreak in November and December of 2019.

“They had recognised, as had we, that because mRNA vaccines can be made so quickly, that they were the perfect way to make a vaccine quickly for a new epidemic or pandemic.

“So, there was a whole pandemic preparedness initiative, and we were in discussions with them, saying, OK, we’re ready now, it’s time to do a dress rehearsal.

“We were in a discussion about what virus to use as a dress rehearsal and we were actually thinking about MERS (Middle East respiratory syndrome), which was the coronavirus that came before SARS-CoV-2.

“And that’s exactly when SARS-CoV-2 showed up, and it turned out not to be a dress rehearsal.”

The first cases of Covid-19 were reported from Wuhan, China, in December 2019.

And the rest, as they say, is history.

Even drugs are being made to fit the vegan lifestyle 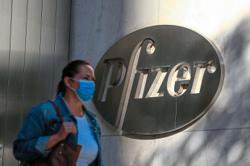