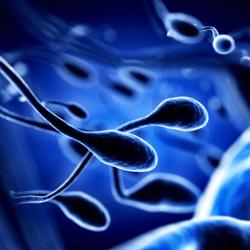 Caffeine can have different effects on blood pressure and blood sugar depending on the individual, so it’s best to do some self-monitoring if you’ve been diagnosed to see if you can continue having your regular cups of coffee safely. — TNS

Dear Mayo Clinic: I love to drink coffee. I often have multiple cups a day. Recently, I was diagnosed with diabetes and high blood pressure. My doctor advised that I may want to cut back on my beverage of choice, as it is not good for my blood sugar or blood pressure. Can you provide some insight, as I thought coffee was good for my health?

Various studies indicate that coffee has some health benefits, but it’s not without a downside – mostly due to the caffeine.

Coffee may offer some protection against:

The average adult in the United States drinks about two 8oz (237ml) cups of coffee per day, which can contain around 280mg of caffeine.

On average, having up to 400mg of caffeine per day appears to be safe.

However, caffeine affects every person differently.

ALSO READ: Where to travel to in Malaysia for the best coffee?

For someone who already has diabetes, the effects of caffeine on insulin action may be associated with higher or lower blood sugar levels.

For some people with diabetes, about 200mg of caffeine – the equivalent of one to two 8oz (237ml) cups of brewed black coffee – may cause this effect.

If you have diabetes or you’re struggling to control your blood sugar levels, limiting the amount of caffeine in your diet may be beneficial.

The same is true for caffeine’s effect on blood pressure.

The blood pressure response to caffeine differs from person to person. It’s unclear what causes this spike in blood pressure.

Some researchers believe that caffeine could block a hormone that helps keep our arteries widened.

Others think that caffeine causes our adrenal glands to release more adrenaline, which causes blood pressure to increase.

Some people who regularly drink caffeinated beverages have a higher daily average blood pressure than those who drink none.

Others who regularly drink caffeinated beverages develop a tolerance to caffeine.

And as a result, caffeine doesn’t have a long-term effect on their blood pressure.

If you have high blood pressure, ask your healthcare professional whether you should limit or stop drinking caffeinated beverages.

The US Food and Drug Administration (FDA) says 400mg a day of caffeine is generally safe for most people.

However, if you’re concerned about caffeine’s effect on your blood pressure, try limiting the amount of caffeine you drink to 200mg a day – about the same amount as is generally in one to two 8oz (237ml) cups of brewed black coffee.

Keep in mind that the amount of caffeine in coffee, energy drinks and other beverages varies by brand and method of preparation.

Also, if you have high blood pressure, avoid caffeine immediately before activities that naturally increase your blood pressure, such as exercise or hard physical labour.

This is particularly important if you are outdoors and exerting yourself.

If your blood pressure increases by about five to 10 mmHg, you may be sensitive to caffeine’s ability to increase blood pressure.

Women who are pregnant, trying to become pregnant or breastfeeding need to be cautious about caffeine too.

High intake of boiled, unfiltered coffee has been associated with a mild increase in cholesterol levels.

Keep in mind that the actual caffeine content of a cup of coffee or tea can vary quite a bit.

Factors such as processing and brewing time affect the caffeine level.

It’s best to check your drink, whether it’s coffee or another beverage, to get a sense for how much caffeine it has.

The best way to cut back on caffeine is to do so gradually over several days to a week to avoid withdrawal headaches.

But doublecheck any medications you may take, as some cold medications are made with caffeine.

Is it possible to eat too healthily? 8 lifestyle factors that decrease a man's fertility
Men can benefit from Kegel exercises too
Tobacco control: Which is more important – liberty or safety?
Are you 'pangry'? Pandemic anger is a real mental health concern
Astaxanthin is renowned for its powerful antioxidant qualities
When it gets too hot for health
What is the 'internal shower' drink that is trending on TikTok?
Ensuring that children swim safely
Using music to delay the degeneration of dementia
Tips on strengthening your family ties