Both the flu and SARS-CoV-2 viruses are spread through droplets emitted from an infected person’s mouth and nose into the air around them, so avoid the 3Cs: crowded places, confined spaces and close conversations. — Graphics: Pixabay

No, “flurona” is not some scary new variant of the SARS-CoV-2 virus.

And – do we really need to say this? – it is not an actual scientific term.

But the phenomenon of co-infection with influenza and the coronavirus is real, and to those in the medical community, not the least bit surprising.

A person can be infected with multiple viruses at the same time – or with a virus and some other type of pathogen, such as bacteria or parasites.

That’s not to say it’s a good idea.

Nearly two years ago, when British researchers identified some of the first cases of flu plus Covid-19, they calculated that these patients were twice as likely to die as those with Covid-19 alone.

So far in the pandemic, these co-infections seem to have been fairly uncommon, especially last winter, when the rate of flu cases was unusually low (a trend that experts attributed to all the physical distancing).

But with flu on the rise again this winter, physicians say that’s all the more reason to engage in sensible precautions.

Both viruses are transmitted through the air, so, with both, the risk can be reduced by avoiding crowded, poorly-ventilated spaces and by wearing face masks.

And in both cases, there are effective vaccines.

As in most years, this season’s flu shot is not a perfect match for the strains in circulation, but that’s no reason not to get an injection, says Temple University’s Katz School of Medicine professor Dr Thomas Fekete.

Every layer of defence helps the individual, as well as those who may be more vulnerable.

“Whatever you do to reduce your risk,” he said, “you’re also protecting people around you.”

At least four patients at Temple University Hospital in Philadelphia, United States, have tested positive for both flu and Covid-19, he said.

Very likely, Prof Fekete said, more people are infected with both viruses outside the hospital setting, but have not been identified, as most people with respiratory symptoms are not tested for the flu.

Though infections with more than one virus are common, the details of how the immune system responds are complicated, depending on such factors as timing and the types of viruses.

But first, the silly factor.

Who coined the term ‘flurona’? 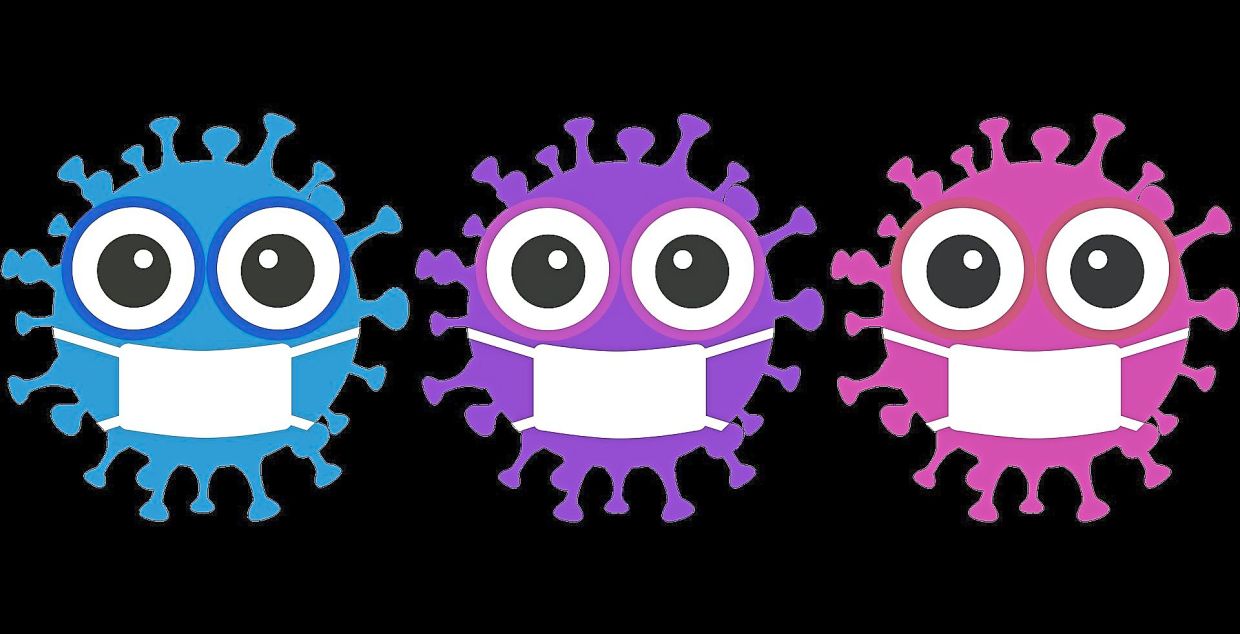 Despite the name, ‘flurona’ is not caused by a single hybrid supervirus; it is instead a double infection of the flu and Covid-19 occuring at the same time.

Hard to say. Among the first to use it was a columnist for the Jerusalem Post, more than a year ago.

The term did not really begin to spread until this month, apparently in response to media headlines of such a case in Israel.

Al Yankovic tweeted that he would take a pass on “My Flurona”, riffing on the 1979 pop single My Sharona.

Conan O’Brien coined his own term, tweeting: “Flurona reminds me of that time I had herpmydia.”

Others warned that the hybrid nickname would mislead people into thinking that some sort of hybrid virus was in our midst.

Again, no. What’s happening is simply a co-infection.

And while influenza and coronavirus are both spiky balls of proteins, they are different types of viruses.

They cannot combine into some sort of supervirus.

Each contains genetic instructions that allow it to make copies only of itself, Prof Cherry said.

How can you be infected with two viruses?

The same way you can be infected with just one virus: exposure.

If a person is in a place where viruses are circulating – that is, in any place where other people are present – then two or more viruses can cause infection at the same time.

Ideally, someone who feels sick is able to stay home, reducing the risk of becoming infected with a second virus.

But viruses have incubation periods, multiplying for a day or more inside the body before the person starts to feel sick.

So it is easy for someone to pick up more than one bug before feeling sick enough to retreat to the bedroom, Prof Cherry said.

The SARS-CoV-2 virus in particular has a long pre-symptomatic period, up to four days, though the Omicron variant of the virus seems to come on faster.

If you’re out a lot in crowds, a double whammy with flu is certainly possible.

“If you’re out doing things without a mask, then you’re more likely to get both,” she said.

These respiratory viruses commonly enter through the nasal passages.

Often, they are trapped safely in mucus, which is then swallowed and dissolved harmlessly in the stomach.

But when they manage to latch on to cells in the airways, the viruses penetrate the cell membrane, hijack its inner machinery and begin to copy themselves – the definition of an infection.

The coronavirus, on the other hand, latches onto a receptor called ACE-2.

Though they may be infecting cells in the same part of the body, neither is likely to fully crowd out the other, Prof Cherry said.

Generally, there is plenty of airway real estate to go around. Quarantining or isolating one’s self can help prevent infection of others, whether you have the flu, Covid-19 or ‘flurona’.

Will co-infections make you sicker?

It depends on the timing.

If the person is lucky, the immune response to the first invader could help protect against the second, Prof Cherry said.

That’s because the first line of defence in the immune system, called the innate response, is non-specific – meaning that it is not tailored to any specific type of virus.

Infected cells respond by producing antiviral proteins called interferons, among other weapons, and the interferons that help ward off one type of virus generally will help ward off another.

That doesn’t mean it’s a good idea to get a second infection on purpose.

While a second virus may not increase your misery, it certainly can’t make you feel any better.

That could happen if the viruses infect different parts of the body, for example.

Influenza typically invades the upper airways, while some strains of the coronavirus can replicate in the lower airways and the digestive tract, he said.

“The combined infection may trigger immune responses in several locations and a stronger feeling of malaise overall,” he said.

All sorts of variables come into play, such as the person’s prior exposure to either of the two viruses, whether or not they’ve been vaccinated, and the sheer number of viruses they ingest, said Assoc Prof Cattadori.

The impact of a co-infection can be even worse when the second infection is bacterial.

Flu and Covid-19 both cause temporary damage to the lining of the airways, impairing the patient’s ability to defeat bacteria, said Prof Fekete.

“The bacteria have an easier time getting in,” he said.

In an older person or someone who smokes cigarettes, he said, the result can be pneumonia.

What to do if you have ‘flurona’

Most people with the flu and Covid-19 may not realise it, as out-of-hospital testing for the flu is unusual.

But whether you’re infected with one virus or the other, or both, the usual advice applies:

Treatments are available for both types of infections, should your doctor recommend them.

Above all, do not panic, especially if you have been vaccinated against one virus or both.

While the vaccine may not have prevented infection in your case, it is very likely to prevent severe disease. – By Tom Avril/The Philadelphia Inquirer/Tribune News Service

Monkeypox: Should we be worried?
Doing squats the Asian way
Explainer: What is monkeypox and where is it spreading?
Vegan diets help lower weight and manage diabetes
What happens when your liver fails
Pollution caused one in six deaths globally, over 9 million in total, study says
Are your water filters genuine or fake? Here's how you can tell Premium
Five new organs and one year later...
Seven hours of sleep ideal for the middle-aged and older
Adopting a plant-based diet has multiple benefits