Advocates of the old chicken soup remedy to colds say this hearty and warm meal is exactly what most people need when feeling sick, although scientifically speaking, there’s no evidence chicken soup actually makes much a difference in terms of an infection. — dpa

Despite popular belief, there are no studies that show chicken noodle soup really helps when you have a cold.

And yet, scientists don’t want you to stop fixing yourself a hearty bowl of broth when you’re under the weather.

While lab tests have indicated there may be a possible anti- inflammatory effect to this kind of soup, these are not enough to make a scientific judgement.

“Chicken contains proteins and fats – both of which are useless for our defences against infections,” says Andreas Michalsen, professor of clinical naturopathy at Berlin’s Charite hospital and head of the Department of Internal Medicine and Naturopathy at Immanuel Hospital in Berlin, Germany.

Prof Michalsen has been researching naturopathy for a long time and knows of countless studies that have been conducted in this field.

With regard to chicken, he has never been able to find anything to scientifically explain why it in particular should have a positive effect.

“Chicken does not offer antiviral or antibacterial substances, as various vegetables do,” he says.

So, should we all give up the chicken broth when we’re under the weather?

Prof Michalsen doesn’t think we need to be that strict about it.

Many advocates of the chicken soup remedy say that when you have a cold, a warm and hearty dinner is exactly what most people need.

And for many meat eaters, chicken soup is possibly the least likely of all soups to leave you feeling weak and hungry again afterwards.

What’s more, chicken soup still has a few scientifically proven advantages for anyone with a cold.

Firstly, it’s hot, which improves the flow of both mucous and blood circulation, thus making you feel a bit better.

That’s why virologist Dr Hendrik Streeck thinks chicken soup is still a good choice when you have a cold.

“A fresh chicken soup has vitamin C and vitamin E, which has a positive effect.

“It also stimulates the production of mucus in the throat.

“With greater mucus production, pathogens are flushed out more easily,” he says.

In addition, the immune system needs certain building blocks when it forms itself anew, which are also found in chicken soup, says Dr Streeck.

A good soup with lots of vegetables will provide you with crucial nutrients and plenty of energy.

This can help get you back on your feet that little bit faster, experts say.

”Chicken broth, like most soups, is easy to digest and makes you feel good in your stomach,” says Prof Michalsen.

If you have a cold and therefore want to make soup, you should just increase the amount of vegetables.

“Celery and leeks, for example, have many strong secondary plant compounds that have a certain antiviral and antibacterial effect,” he says.

In any case, no matter what you put in the soup, it’s important you don’t eat it when it’s too hot.

“Heat stress is not good for the mucous membranes,” says Prof Michalsen.

The soup is best when it is pleasantly warm, but not steaming hot. – dpa

Spray those viral infections away

Drink up your tea for good health

To wash or not to wash your meat before cooking

Want your kid to be happy? Feed them right 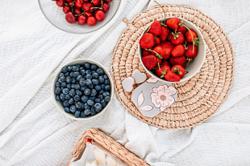