Refined grains are bad for your heart 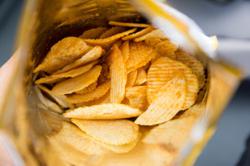 High intake of highly processed (refined) grains is associated with higher risk of heart, or cardiovascular, disease and death than whole (unrefined) grains, finds a study published by The BMJ on Feb 3.

Cereal grains, such as oats, rice, barley and wheat make up around 50% of daily caloric intake across the world and up to 70% in low and middle income countries, particularly in Africa and South Asia.

Previous studies have shown that higher whole grain intake is associated with lower risk of heart disease and death, but no clear associations were found for refined grains.

To address this evidence gap, researchers set out to assess the association between intakes of refined grains, whole grains and white rice respectively with heart disease and death.

Their findings are based on data for 137,130 people aged 35 to 70 years across 21 low, middle and high income countries, who had no history of heart disease and were taking part in the Prospective Urban and Rural Epidemiological (PURE) study.

They examined white rice separately from all other refined grains because more than 60% of the PURE population live in Asia where rice is a staple food.

Detailed information on participants’ education, wealth, lifestyle and medical history was collected at the start of the study and validated food questionnaires were used to assess intakes of refined grains, whole grains and white rice.

Deaths from cardiovascular causes and serious cardiovascular events including heart attack, stroke and heart failure, were then tracked over an average of 9.4 years. After taking into account other potentially influential factors, the researchers found that the highest intake of refined grains (at least 350g or about seven servings per day) was associated with a 27% higher risk of death and a 33% higher risk of serious cardiovascular events, compared with the least intake (less than 50g per day).

However, no significant associations were found between intakes of whole grains or white rice, and health outcomes.

This is an observational study, and so cannot establish cause.

The researchers also point to some study limitations, such as relying on recall for food questionnaires, which may have affected the accuracy of the results.

However, with data from 21 countries across five continents, the researchers were able to analyse broad patterns of diet, meaning that the results are likely to be robust and widely applicable to populations across the world.

As such, they suggest that a lower intake of refined products should be encouraged globally, while promoting a higher intake of whole grains at the same time.

“Reduction in quantity and improvement in quality of carbohydrate is essential for better health outcomes,” they conclude.

Boost your hearth health with the right vitamins. Use iHerb Promo Code for extra discounts on your purchases.

'So much death': LA hospital reels at center of Covid storm

US guidelines: No candy, cake for kids under two How doctors can market themselves without running afoul of non-advertising laws
Healthy snacking and going meatless: top food trends of Gen Z
Dead Butt Syndrome: A dangerous medical condition you shouldn't sit on
Elderly receive good protection with these two Covid-19 vaccines
How to care for your arthritic joints
It's more comfortable, but what is the cost of going braless?
Lace 'em up! For a mental health boost, take a hike
Pneumonia: One of the top five deadliest diseases for children in Malaysia
A possible link between cosmetics and endometriosis
Ensuring that we get our quality sleep