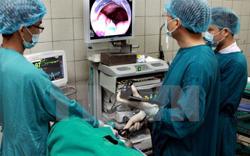 A doctor shows the normal sizes for Asian male testicles with an orchidometer (used to measure testicular size). Testicular cancer is rare and curable with early detection. — Photos: Filepic

Carson Lee (name changed to protect his privacy) recalls noticing a lump in one of his testicles about a year ago (2019).

The 28-year-old shares: “Even after discovering the lump, I delayed seeing a doctor for a month, hoping it was just an infection that would go away with medicine.

“Mentally, I just didn’t want to go through it.”

However, with the lump refusing to disappear as he hoped, he eventually went to see a general practitioner (GP), who immediately referred him to a specialist.

Unfortunately, it was bad news for Lee as consultant urologist Dr Chua Chong Beng diagnosed him with testicular cancer.

However, surgery was possible to remove the early-stage tumour, which Lee agreed to.

After recovering from the operation, he was cleared to go home with follow-up visits to Dr Chua scheduled once every six months for the first two years post-surgery.

While his first follow-up visit went well, the second one brought more bad news: the cancer cells had spread to his lymph nodes.

“It is not the end of the world, that is what everyone says, and it is easily said.

“But if they were in my position, they probably wouldn’t say the same.

“I remember thinking of just letting the cancer spread, which would eventually lead to my death,” says Lee.

However, he adds that he is not the type of person to obsess over one thing.

“I don’t think anyone should keep dwelling on something, especially if it is a sad thing.

“I would be leading such a miserable life if I repeatedly harp on the fact that I have cancer.

“Now, I distract myself from the side effects and thoughts through video games and movies,” he shares.

Currently undergoing chemotherapy under the care of consultant clinical oncologist Dr Nik Muhd Aslan Abdullah, Lee says that it did not seem scary when he first heard of it because at that point, he didn’t know how bad the side effects could be.

Then he underwent his first cycle of chemotherapy.

“Who knew nausea was such a bad thing?

“Nausea usually comes and go, but for me, it is constant.

“I began losing my hair by the second week of treatment and my taste buds are now highly sensitive.

“I also had very bad cramps in my legs, but it is much better now,” he says.

But his main concern is his fertility.

He had already made deposits in a sperm bank prior to his earlier surgery to remove the testicle containing his initial tumour.

But with one remaining normal testicle, he still had hope of being able to conceive naturally.

With chemotherapy, this hope was diminished, which was devastating news for Lee who likes and wants kids.

“Dr Chua and Dr Nik Aslan assured me that there are some patients who recover and go on to have children naturally.

“I’m keeping my fingers crossed for that day,” he says.

He admits to feeling sad and disappointed, as well as questioning why it had to happen to him just as his career was about to take off and he was about to start a new life with his girlfriend.

“It was quite a shock and unfortunate that I have cancer at such a young age, but you never know when it is going to happen,” he says.

“Men tend to keep things to themselves as we aren’t comfortable sharing about what we are going through, but I became more open after being afflicted with cancer.

“Go for yearly health check-ups. It is better to have early detection than finding out at a later stage.

“Comparing these 12 weeks of treatment to my entire life doesn’t seem too long.

“As difficult as it is, I will get through it eventually.” A faecal occult blood test can detect minute amounts of blood in our faeces, which is one of the signs of colorectal cancer.

Despite the numerous campaigns organised to raise awareness of cancer, it is still the second leading cause of death globally.

In Malaysia, cancer is the second highest cause of death in the country, resulting in 16,000 deaths in 2018.

The number of new cancer cases in Malaysia went up by 11.3% over two five-year periods, according to the 2012-2016 Malaysia National Cancer Registry Report.

Although most cancers occur in older adults, a variety of cancer types can also occur in young adults.

“The exact reason for the majority of cancer cases among the younger generation is unknown; however, there are many factors that may contribute to cancer,” says Dr Nik Muhd Aslan.

One of these factors is hereditary where cancer is caused by an abnormal gene that is being passed on from generation to generation.

Although it is referred to as inherited cancer, what is inherited is the abnormal gene that can lead to cancer, not the cancer itself.

For example, the risk of breast, ovarian and prostate cancer is high in individuals with BRCA1 or BRCA2 gene mutations, which can be inherited from either parent.

“Nevertheless, not all cancers are caused by genetics.

“There is overwhelming evidence that lifestyle factors affect cancer risk, and among the major risk factors are tobacco use, physical inactivity, overweight and obesity, poor diet, and alcohol use,” he says.

Early diagnosis of cancer generally increases the chances for successful treatment, but an increasing number of cases are being diagnosed in the later stages.

Yet, between 30% and 50% of cancer cases can be prevented by avoiding risk factors and implementing existing evidence-based prevention strategies, according to the World Health Organization (WHO).

Dr Nik Muhd Aslan notes that the burden of cancer can be reduced through early detection with regular health screenings, improving lifestyle habits in terms of diet and physical activity, and management of patients who develop cancer.

“Many are also embarrassed to undergo the tests, aside from not recognising the need for it as they feel healthy.

“Early screening is important because some patients may lead a healthy lifestyle and are not at risk, yet are still diagnosed with cancer.

“Many cancers have a high chance of cure if diagnosed early and treated adequately, therefore effective prevention, early detection and enhanced public awareness must be a priority to lower burden of cancer,” he says. 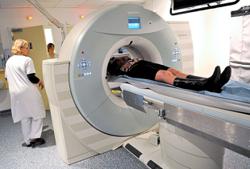