A ruptured aneurysm could lead to sudden death 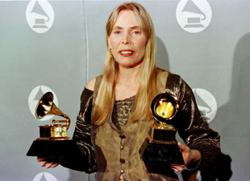 Just the other day, one of my friends, who is a tennis coach, collapsed on the tennis court out of the blue. He was taken to the hospital, where he was in a coma for a few days, then, sadly, died. The doctors say that he died of an aneurysm – what is that?

An aneurysm is what is known as the enlargement – or a bulge or distension – of an artery, which is caused by a weakness in that part of the arterial wall.

The bulge can be in two main shapes.

One is called fusiform, which means that the aneurysm bulges on all sides of the blood vessel.

The other is called saccular, which bulges only on one side.

When an aneurysm ruptures, it can lead to death, depending on where the aneurysm is located.

The larger the bulge, the higher the risk of rupture.

But why did my friend not know that he had an aneurysm? He was a tennis coach, and was always vigorous, active and healthy all his life. He even went for medical check-ups. Why was it not detected then?

Most aneurysms do not give you any symptoms, and therein lies their danger.

Many people who have aneurysms go through their entire lives not knowing they have one.

Then one day, the aneurysm ruptures and causes severe internal bleeding, resulting in either sudden death or a coma, followed by death.

An aneurysm cannot be easily detected during routine medical check-ups.

It is usually only seen on an MRI (magnetic resonance imaging) scan, an ultrasound of our blood vessels or an angiogram – and these imaging procedures are not a routine part of regular health screening.

You can ask for them to be performed on you, but then you may be exposed to unnecessary radiation.

Aneurysms only affect our arteries. Because of this, the blood pressure – which is much higher in arteries than in veins – will cause the blood to gush out when the aneurysm ruptures.

This leads to massive internal bleeding.

What types of aneurysms are there?

Aneurysms are named after their location in our bodies.

The most common types are brain aneurysms and aortic aneurysms (the aorta is a major blood vessel coming out of our heart).

The aorta’s normal diameter is actually two to three cm. However, where there is an aneurysm, it can extend up to five cm.

The aorta passes behind our heart and into the abdomen to connect to other arteries that supply our entire body with blood.

This sounds dangerous. What happens when an aortic aneurysm ruptures?

The most common aortic aneurysm occurs at the part of the aorta that runs through our abdomen.

If you have an aortic aneurysm that is larger than six cm in diameter and ruptures, you only have a 20% chance of survival if you don’t get to the hospital in time for surgery.

However, if you manage to go to hospital in time, then your chances of survival increase up to 50%.

A thoracic aortic aneurysm is less common – this affects the part of your aorta that runs through your chest. Conversely, it has a higher rate of survival.

The doctors said my friend had a brain aneurysm. What happens when you have this type of aneurysm?

Brain aneurysms are also known as intracranial aneurysms or “berry” aneurysms as that is what they look like.

If you have one and it ruptures, you can die within 24 hours. Forty percent of brain aneurysms are fatal.

Ruptured brain aneurysms can also cause subarachnoid haemorrhages, which can result in a haemorrhagic stroke.

So, even if you survive a ruptured brain aneurysm, you may experience permanent disability.

Can aneurysms occur in other arteries?

Yes. These are called peripheral aneurysms as they affect the periphery of your body, not the centre.

They can happen behind your knee.

This is called a popliteal aneurysm, named after the artery there, and is the most common type of peripheral aneurysm.

They can happen in your splenic artery, which supplies blood to your spleen; the artery to your guts; the femoral artery in your groin; and the carotid artery in your neck.

Luckily, these aneurysms are less likely to rupture than aortic and brain aneurysms.

Can I prevent myself from having an aneurysm?

Sometimes, you are born with that defect and you can’t do anything about it.

But you can cut down on these risk factors:


If you have smoked more than 100 cigarettes in your life and if you are a man aged 65 to 75 years, then you should consult a doctor to screen for an aneurysm.

When you have "broken heart" syndrome (it's not what you think) 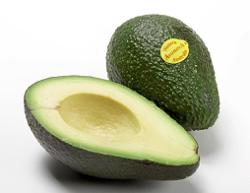 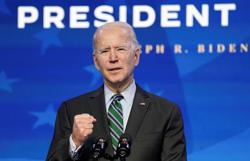 University students are more sedentary and eating less healthily since the pandemic began
Here's how to handle your needle phobia
Four nutrition tips for 2021
16 tips to ensure you get a good night's rest
Psoriasis Is More Than Skin Deep
Covid-19 vaccines found to be effective against superspreading coronavirus
Forget about diets, just eat intuitively
When young children tell tall tales
Helping your kid deal with exam stress
When your kid just won't let you sleep