When your mood swings uncontrollably between high and low

West, seen here at his first presidential bid rally in South Carolina on July 19, was diagnosed with bipolar disorder in 2016. — Reuters

I read that rapper Kanye West is going to run for the position of President of the United States. Then suddenly, people are saying that he has bipolar disorder. What is this disorder?

It is a mental disorder that is identified with extreme mood swings.

These mood swings can go from mania (an emotional high) or hypomania (slightly less extreme than mania), to depression (an emotional low).

Bipolar disorder is fairly common – it affects up to 80 million people worldwide.

West’s condition is probably affecting him.

He was probably very high when he decided to run for US president.

Then he might have gone into a depressive low when he decided that his wife, reality TV star Kim Kardashian West, wanted to commit him.

We will never know exactly how West’s moods were affected by his condition while he was going through all this, but his actions are certainly not that of a person who is emotionally stable.

When a person with bipolar disorder is having a manic or hypomanic episode, he may feel euphoric and full of energy.

He may even feel irritable, jumpy or wired, and may have racing thoughts in his mind.

To others, the patient may appear very volatile and unpredictable.

He may decide to execute ideas that are not well-thought through or are risky, such as using drugs or alcohol, or going on a spending spree. (And yes, that includes running for the post of US President.)

He may talk a lot, to the extent of appearing incoherent, and may appear agitated.

His need for sleep also decreases.

What happens when he swings to depression?

When a bipolar patient swings to depression, he may feel sad, hopeless, worthless and despondent. Sometimes, this may come across as irritability.

He may lose interest or pleasure in the things that used to make him happy, and his thoughts are negative.

He does not feel like eating and may appear tired.

He may even be suicidal.

How long do these manic and depressive episodes last?

Mania can last two to three months per episode.

Depressive episodes can last between six to nine months.

These mood swings may occur multiple times a year, or sometimes, rarely.

Most people with bipolar disorder have both manic and depressive episodes. But a rare 5% have only mania.

The pattern of episodes varies for each patient, but a patient’s own pattern may be predictable.

For example, a cycle may begin with a manic episode, followed by depression, then followed by a period of wellness.

Another patient may start with a depressive episode, followed by one of mania.

However, for many, there may be no pattern to their episodes at all.

Why does bipolar disorder happen to some people and not others?

Seventy to 75% of a person’s risk of getting bipolar disorder is due to genetics.

If you have a parent or a sibling with bipolar disorder, you are more likely to get it too.

Another possible cause is changes in your brain.

There is usually a triggering factors that sets off the first bipolar episode, such as a significant stressor in your life.

This can be, for example, the death of a loved one, the loss of your job, or drug or alcohol abuse.

The first episode may occur as early as your teenage years, but it usually strikes when you are in your mid-20s.

It is a lifelong condition.

Is there any treatment for bipolar disorder?

Yes, there is. If you suspect yourself or someone you know has bipolar disorder, you need to seek the help of a psychiatrist.

This is a disorder that cannot be treated by psychotherapy alone, i.e. just talking to a psychologist.

In clinical terms, it is a major psychotic disorder.

Psychotherapy may form part of your treatment, but it is not the only treatment you require.

You will very likely need to be on lifelong medication for this condition, which only a psychiatrist can prescribe.

Oh, what medication? And am I considered mad if I have bipolar disorder?

The disorder most people are referring to when they consider someone “mad” is actually schizophrenia, not bipolar disorder.

Medications for bipolar disorder include mood stabilisers like lithium, valproic acid and carbamazepine.

You may also need to be on antipsychotic drugs like olanzapine, risperidone and quetiapine.

During depressive episodes, your psychiatrist may add on an antidepressant for you.

There are plenty of side effects to all these medications, but you have to find the best balance between the side effects and the effects of your medications so that you can live as normal a life as you possibly can.

What a sudden pain in the shoulder could mean

Multiple organs can be affected in Covid-19 patients 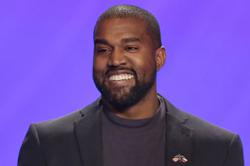