Ringworm is not an uncommon fungal infection in tropical climates like Malaysia. — Photos: Filepic

We often talk about bacteria and viruses when it comes to foreign microorganisms that can invade and attack our body, causing infection and illness.

However, another type of microorganism that can also cause illness in humans is fungi.

Fungi are naturally found in the environment worldwide.

They grow in a wide range of habitats, including extreme environments such as deserts or areas with high salt concentrations or ionising radiation, as well as in the deep sea.

Many fungi grow in environments that have soil, but several species live partly or solely in aquatic habitats.

Some can even survive the intense UV (ultraviolet) and cosmic radiation encountered during space travel (so if we ever travel to other planets, some Earth fungi might come along with us too).

Many fungi are beneficial to us as they help in breaking down organic matter and releasing carbon, oxygen, nitrogen and phosphorus into the soil and the atmosphere.

Mushrooms, which are a type of fungi, play a role in human nutrition.

Yeast, which is another type of fungi, is essential to many households and industrial processes, mostly in the making of bread, wine, beer and certain cheeses.

Some fungi are also used in the production of soya sauce and tempeh.

In addition, fungi plays an important role in medicine as it produces antibiotics such as penicillin, which has saved countless lives.

However, despite the many beneficial parts of fungi, they can also cause diseases in humans.

Most human fungal infections are nosocomial (i.e. acquired from the hospital during a stay) and/or occur in immunocompromised individuals (known as an opportunistic infection).

They can cause superficial infections, causing conjunctivitis, keratitis, lacrimal obstruction and a variety of skin diseases.

Other fungal problems can be caused by:

Fungi are also responsible for the spoilage of fruits, grains, vegetables and other prepared foods.

Some common disease-causing fungi are as follows:

Candida is a genus of yeasts.

Many species of this genus are members of human flora, i.e. they live on our skin and gastrointestinal and genitourinary tracts without harming us.

However, while they are usually harmless, some Candida species do have the potential to cause diseases under certain circumstances.

Clinically, the most significant member of the genus is Candida albicans.

It is responsible for a number of life-threatening opportunistic infections in AIDS (acquired immunodeficiency syndrome) and other immunocompromised patients.

Most of these infections can be treated with antifungal drugs such as clotrimazole, miconazole, nystatin, tioconazole, fluconazole and amphotericin B.

C. neoformans is a common yeast that inhabits the soil around pigeon roosts and is often found in bird excrement, especially pigeon droppings.

It causes cryptococcosis, also known as cryptococcal disease, which is a potentially fatal fungal disease.

In humans, C. neoformans causes three types of infections: wound or cutaneous cryptococcosis, pulmonary (lung) cryptococcosis and cryptococcal meningitis (an infection in and around the brain).

Spread to the meninges and brain can cause severe neurological disturbance and death.

Most of these infections can be treated with antifungal drugs such as fluconazole and amphotericin B.

Aspergillus species can be found in almost all oxygen-rich environments, where they commonly grow as moulds.

They are common contaminants of starchy foods such as bread and potatoes, and grow in or on many plants and trees.

While there are over 300 species of Aspergillus in nature, only a few of them cause serious disease in humans and animals.

The most common species causing invasive diseases are Aspergillus fumigatus and A. flavus.

A. flavus produces aflatoxin, which is both a toxin and a carcinogen.

Aspergillus infection can result in a variety of clinical syndromes, such as pulmonary aspergillosis, invasive aspergillosis, sinusitis, mycotic keratitis and otomycosis.

However, usually only patients with already weakened immune systems are susceptible to this fungus.

Most of these infections can be treated with antifungal drugs such as nystatin and amphotericin B.

Penicillium species are present in the environment and grow on various substrates such as bread, jam, fruit and cheese.

While there are more than 150 species of Penicillium, the most important one when it comes to causing illness in humans is Penicillium marneffei.

It has been reported to be an important opportunistic pathogen in patients with HIV (human immunodeficiency virus).

It causes penicilliosis and disseminated infection with multiple organ involvement.

Most infections can be treated with antifungal drugs such as ketoconazole and amphotericin B. 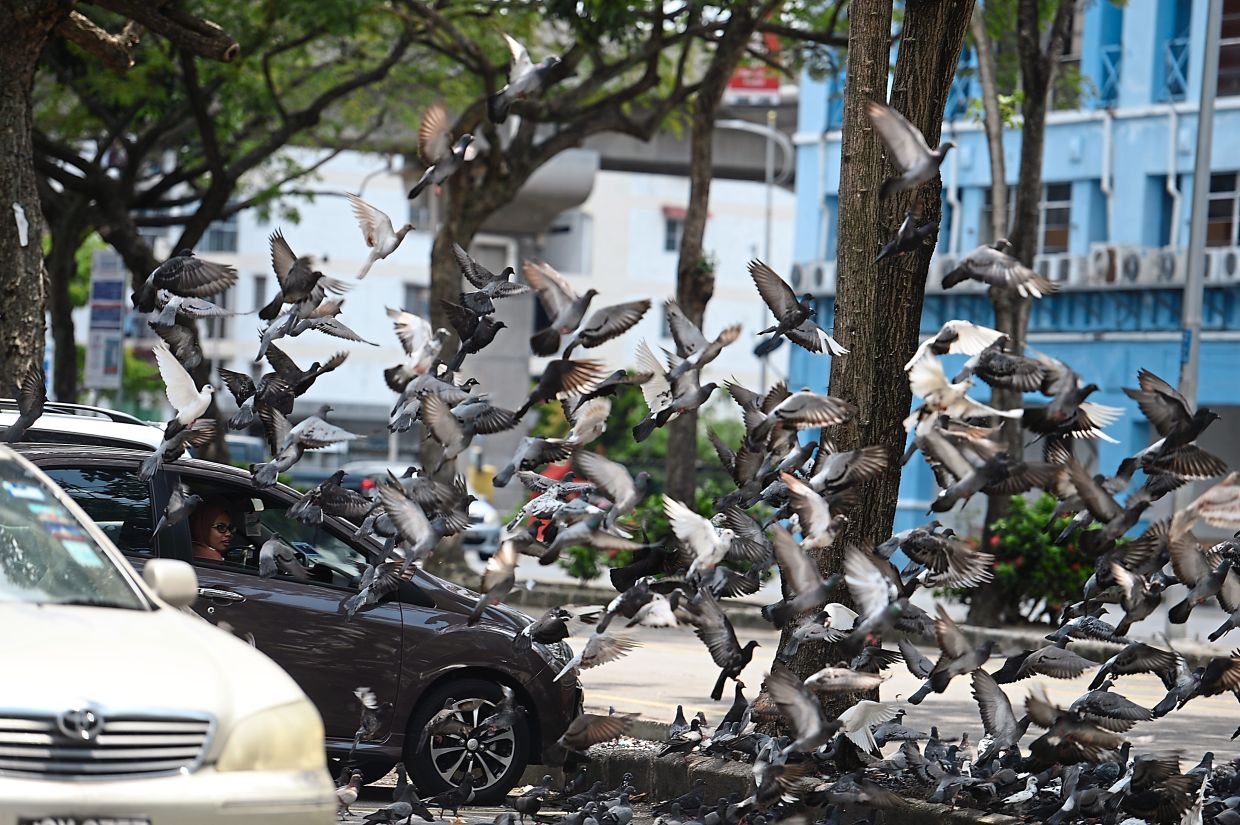 Cryptococcosis is a potentially fatal fungal infection that is caused by a yeast commonly found in pigeon droppings.

Fusarium is a large genus of filamentous fungi widely distributed in soil and in association with plants.

Most Fusarium species are harmless, but some produce mycotoxins in cereal crops that can affect human and animal health if they enter the food chain.

The main toxins produced by these Fusarium species are fumonisins and trichothecenes.

In humans with normal immune systems, fusarial infections may occur in the nails and the cornea.

In humans whose immune systems are weakened, aggressive fusarial infections penetrating the entire body and bloodstream may be caused by members of the F. solani complex, F. oxysporum, F. verticillioides and F. proliferatum.

Fusarium infections are difficult to treat and the invasive forms are often fatal.

Amphotericin B alone or in combination with flucytosine or rifampin, is the most commonly used drug for the treatment of systemic fusariosis.

H. capsulatum can be found worldwide and grows in moist soil high in nitrogen content.

Inhaling the spore of this fungus can produce a pulmonary infection that may progress to systemic involvement of a variety of organs and chronic lung disease.

Most infections can be treated with antifungal drugs such as ketoconazole and amphotericin B.

Dermatophytes are a group of fungus that commonly cause skin diseases in humans.

Infections by dermatophytes affect the skin, hair and nails, and tend to occur in moist areas and skin folds.

Infections are generally painless and not life-threatening.

Dermatophytes are spread by direct contact from other people, animals, soil and fomites.

Most of these infections can be treated with antifungal drugs such as ketoconazole, griseofulvin, terbinafine and amphotericin B.

M. furfur is a species of fungus that is naturally found on human skin.

It causes tinea versicolor, also known as pityriasis versicolor, which looks like small well-defined skin spots with fine scales that tend to be white in suntanned areas and brown on pale skin.

This affects the trunk, usually of fair-skinned individuals exposed to the sun, as well as the upper back, chest and arms.

Most infections can be treated with antifungal drugs such as ketoconazole, amphotericin B and selenium sulphide 2.5% suspension.

These are just some of the common fungi that can cause disease in humans.

However, do remember that if you are in good health, a fungal infection is usually not a serious problem and can be easily treated.

Fungal infections are only very serious for people with compromised immune systems, e.g. those with HIV/AIDS.

Dr Mohammad Nazmul Hasan Maziz is an associate professor in medical microbiology and deputy dean of the Perdana University Graduate School of Medicine. This article is courtesy of Perdana University. For more information, email starhealth@thestar.com.my. The information provided is for educational and communication purposes only and it should not be construed as personal medical advice. Information published in this article is not intended to replace, supplant or augment a consultation with a health professional regarding the reader’s own medical care. The Star disclaims all responsibility for any losses, damage to property or personal injury suffered directly or indirectly from reliance on such information.

Preventing dengue before any cases occur

How our environment acts on our genes

We need it for energy, but too much sugar is trouble in the making 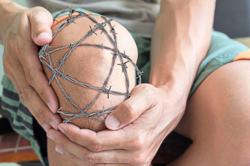