Is pain in your penis a medical emergency? 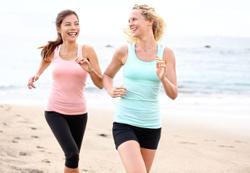 Fans of the medical drama Grey’s Anatomy might recall an episode where Dr Mark Sloan (Eric Dane, seen here in a scene with Ellen Pompeo who plays Dr Meredith Grey) fractures his penis during intercourse with Dr Callie Torres (Sara Ramirez) and had to go to the hospital as it was a medical emergency. — ABC

So, if there are any signs of pain or discomfort, it usually causes a lot of worry and anxiety.

However, pain in the penis can be due to many different conditions.

Some are harmless, while others may need immediate treatment.

I have listed below some of the most common causes of penile pain so that you will know when you need to rush to see the doctor or only come in the following Monday.

Balanitis refers to inflammation of the foreskin, which can be caused by fungal or bacterial infections, and irritants such as soaps, powders or creams that are applied over the foreskin.

People with diseases that compromise the immune system, such as diabetes and HIV (human immunodeficiency virus), may be more prone to this condition.

The pain caused by the inflammation is usually not severe, but can be throbbing, as well as itchy and rather uncomfortable.

This can be easily treated by treating the infection or avoiding the irritant.

Herpes is one of the most common sexually-transmitted diseases (STDs).

This infection is transmitted through skin to skin contact and is usually caused by two different viruses called HSV 1 and HSV 2.

These viruses are known to cause lesions in the mouth (HSV 1) and genital areas (HSV 2).

During oral sex, the virus can be passed from the mouth to the penis, causing genital herpes.

It usually presents with painful blisters or ulcers over the skin, and can be painful, or at least very sensitive, to touch.

It can be managed with antiviral tablets, although there is no cure and it will keep recurring throughout a person’s life.

Chancroid is caused by a bacteria called Haemophilus ducreyi and is transmitted through sexual intercourse.

It commonly presents with a single large painful ulcer on the penis, along with enlarged and tender lymph nodes in the groin region.

Chancroid can be treated with antibiotics once the diagnosis is established by your doctor.

This is an infection of the urinary tract within the penis, through which urine is passed out from the bladder.

When an infection occurs along this tract, it results in pain when urinating or discharge from the tip of the penis.

Sometimes, even when not urinating, one can feel the pain along the urethra itself.

Urethritis can be caused by chlamydia, gonorrhoea, herpes or what is called non-specific urethritis (NSU), which are very common infections that can be transmitted through sexual intercourse.

A simple urine test, and sometimes, a urethral swab, can be performed to find out the exact cause.

In most cases, it is easily cured with antibiotics.

5. Infections of the prostate

When the prostate is involved in a urinary tract infection, it can cause severe pain during urination, and sometimes, fever and shivering.

This can sometimes be difficult to diagnose and may involve the doctor placing a finger up the anus to feel for any tenderness in the prostate gland, i.e. a rectal examination.

Moreover, it usually requires a longer course of antibiotics.

6. Fracture of the penis

The penis is made out of erectile tissues and blood vessels.

Although there is no bone in the penis, during an erection, it can become as hard as bone.

The term “penis fracture” is used when there is injury to the erectile tissue inside the penis.

It usually happens during sexual intercourse when the penis accidentally fully or partially slips out of the partner, followed by the partner sitting back down on the penis quickly, which injures it.

This will result in a sudden onset of pain, and in certain cases, you may even hear a snapping sound.

When this occurs, you should go to the emergency department immediately as it is a medical emergency.

The frenulum is a thin strip of skin connecting the head of the penis to the foreskin.

This can break during sexual intercourse, especially when the intercourse is rough, and result in pain and a lot of bleeding.

The pain can last up to a few days as the frenulum heals.

The healing time varies and it may get injured again during subsequent intercourse.

If it occurs frequently, a simple surgical procedure can be done to fix the frenulum.

Meanwhile, frenulum breve – or a short frenulum – is a condition in which the frenulum of the penis is too short, thus restricting the movement of the foreskin.

It can be treated with a procedure called a penile frenulectomy.

Is your penis bent during an erection? At the point where it is bent, can you feel a painful lump?

If the answer is yes to both questions, you may have Peyronie’s disease.

This happens when a spot along the penile shaft becomes inflamed, and as it heals, leads to a contraction of one side of the penis, causing it to bend.

The pain may arise from the area of inflammation, or in certain cases where the curvature is very severe, it can cause pain during sexual intercourse.

Please see a doctor if you think you have Peyronie’s disease.

Once the diagnosis is established, the doctor may suggest several treatment options ranging from shock wave therapy to surgery.

When the foreskin gets inflamed and forms a band around the penis, it may affect the blood flow to the tip of the penis and usually causes severe pain.

This is a medical emergency and patients with this issue should see a doctor immediately.

Most of the time, the doctor can use special techniques to pull the foreskin back into place.

This is a condition where there are non-specific symptoms in the groin area, including pain in the penis, testicles, or even the lower back.

This is due to inflammation either in the prostate or any of the organs in the groin area.

So, the next time you feel pain or discomfort in your penis, do consider these possible conditions and see a doctor if you need to.

Dr Muhd Taufiq is a general practitioner (GP) in Singapore. For more information, email starhealth@thestar.com.my. The information provided is for educational purposes only and should not be considered as medical advice. The Star does not give any warranty on accuracy, completeness, functionality, usefulness or other assurances as to the content appearing in these columns. The Star disclaims all responsibility for any losses, damage to property or personal injury suffered directly or indirectly from reliance on such information. 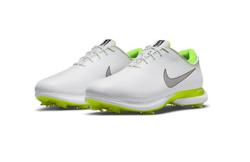 More tips on how to be progressive in private practice
Keep these in mind when you first start running
Covid-19: When vaccine envy and vaccine guilt strike
Waking early after sufficient sleep lowers depression risk
Tips on how to ensure the food you buy is safe
Searching for a doubly rare blood type
The danger that comes from rapid spread of misinformation
Just gave birth and feel like you're a bad mother? It could be postnatal depression Premium
Online therapy works for social anxiety in teens
Should pregnant women get the Covid-19 vaccine?