Two soldiers patrolling the border of the enhanced MCO area in Selayang Baru, Selangor. There are a number of criteria to meet before the MCO can be lifted for Malaysians, including continued social distancing and hand hygiene. — RAJA FAISAL HISHAN/The Star

There are many discussions worldwide on how to bring the Covid-19 lockdown to an end and get a country back to normalcy. What is the best method?

As of the time I am writing this, no one knows for sure what the best method is.

We will only be able to know after it has been done in a certain country and proven effective after a certain period of time.

You may remember that only a short while back, Singapore was being lauded as the world standard for controlling Covid-19 spread.

But then, cases in Singapore started to increase again among foreign workers in their dormitories.

Now Vietnam is being lauded as an Asean gold standard due to the very low number of cases to date.

This is because the Vietnamese government is very strict on restrictions such as the enforcement of wearing masks outside at all times, the locking down of the whole country and mandatory quarantine for visitors, even when there were very few cases in the country.

But it is early days still and history has yet to play out.

So the verdict is still out on what is the best method of ending our lockdown.

Our Health director-general has mentioned that many criteria has to be met before the movement control order (MCO) can be let up.

Many countries have many different “return to normal” strategies.

What are some of those strategies?

In Europe, Germany is considered one of the better-managed countries.

Although positive cases are high, there are relatively fewer deaths compared to other countries in Europe, such as France, Italy, Spain and the United Kingdom.

Germany did this by having widespread testing and contact tracing.

It has started to lift its MCO by:

All restaurants, cinemas and large retail stores are to remain closed for now.

They also have an index that they watch closely, i.e. the transmission rate (R0), or the number of people a Covid-19 patient goes on to infect.

Let’s take a look at Canada. Some Canadian cities are thinking of redesigning their cities to have wider bike lanes and sidewalks to ease congestion.

They are also thinking of moving some small businesses outside.

Some parks will be reopened gradually, but sports such as golf, tennis or soccer, will not yet be allowed.

Children will also not be allowed on playground equipment like swing sets, at first.

As for work, they plan to repopulate offices by only allowing a small number of employees to return first, instead of all staff coming back at once.

This will also help to reduce the number of cars on the street and people using public transport at the same time.

The idea is to keep on maintaining social distancing in previously crowded venues like restaurants, movies and concerts.

What are the rest of the European countries doing? They have been hit badly.

Yes, they have. France, which has seen more than 10,000 deaths already, is still maintaining restrictions well into this month.

However, schools and shops will gradually reopen from May 11 (2020).

The UK is extending their lockdown until April 7 (2020) at least.

Many experts have said that the UK will be the worst hit European country by the time Covid-19 has taken its final toll.

The country was considering practising herd immunity at the early stages of pandemic, where it was hoped that the population would be protected from further spread of the SARS-CoV-2 virus once enough people had caught, recovered from and developed immunity to Covid-19.

But this method did not prove tenable in the end, and the UK went back to the more common practice of locking down its population.

Austria has allowed non-essential shops of up to 400 metres square, garden centres and DIY (do it yourself) shops to reopen since April 14 (2020).

Shopping malls, hair salons and bigger shops reopened on May 1 (2020), while restaurants and hotels are only allowed to reopen mid-May (2020).

Denmark was one of the worst hit European countries, but has reopened childcare centres and primary schools since April 15 (2020).

Poland reopened shops, beaches, parks and forest reserves to the public on April 19 (2020).

How about Australia? They don’t seem to be hit too badly.

Australia’s response has been quite laudable.

Like Malaysia, they also have criteria to guide them towards easing their restrictions:

Tell Me About: Potential Covid-19 drugs chloroquine and remdesivir

Tell Me About: Potential Covid-19 drugs ritonavir, lopinavir and interferon-beta

Covid-19: What to do when a pandemic is declared 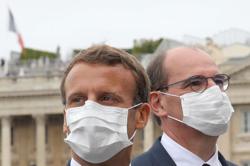 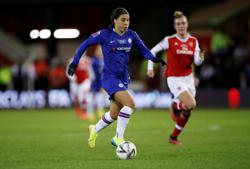 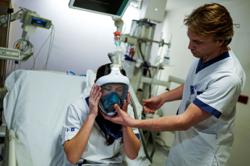 Future of 3D printing is in US and Europe patenting