Did you know a woman's brain changes during her menstrual cycle?

The hormonal changes menstruation brings very month in women, has an effect on their brains. — AFP

Common stereotypes have popularised the belief that when a woman is moody, high chances are that she’s having her period.

And when she’s in the mood for some romance in the bedroom, it’s because she’s ovulating.

While there are plenty of other reasons why a woman feels irritable or turned on, there is some modicum of truth to the effects of hormonal changes brought on by the menstrual cycle.

But a lesser known fact is the positive effects it has on women’s brains.

The menstrual cycle is quite a popular research topic, with a body of research reaching back to the 1930s.

The range of topics that were associated with menstruation tended to be quirky, from dream analysis to the ability to quit smoking.

We can only guess why those topics were chosen, but what’s come out of it is the awareness of differences between how male and female biologies operate.

The changes caused by hormonal fluctuation that we see in women is one such example of physical differences between the genders.

The menstrual cycle influences the quantities of hormones released during the month.

At the start of ovulation, your ovaries produce more oestrogen and progesterone to thicken the womb lining and prepare for the release of the egg.

As a side product, the increased levels of these hormones seem to affect women’s behaviour, in particular, improved communication skills, as observed in the following study.

The study, conducted at the Gerontology Research Center in Baltimore, Maryland, United States, involved a small group – just 16 individuals who completed a range of mental tests – but the findings were significant.

During the week of ovulation, participants were noted to fare worse at the things men are usually good at (e.g. spatial awareness) and improved at the things women excel in (such as the ability to come up with new words).

Conversely, spatial awareness returned to normal on the week when hormone levels were lower.

Memory also seemed to improve during the week of ovulation.

The researchers describe this type of memory as “implicit remembering” – a subconscious, effortless kind of memory.

For example, the memory of experiencing two similar services offered by different products and which was better in quality and value.

Or the different spelling of words that sound the same, such as hare and hair, or two and too.

They are useful for developing communication skills that distinguish a person who is able to effectively turn a phrase or use advanced words in speech or written form.

The study also noted that the hormones impacted two areas of the brain.

The first is the hippocampus, which shaped like a seahorse. It is involved in storing memories and is vital to social abilities.

The other is the amygdala, which processes emotions, especially the fight-or-flight response. 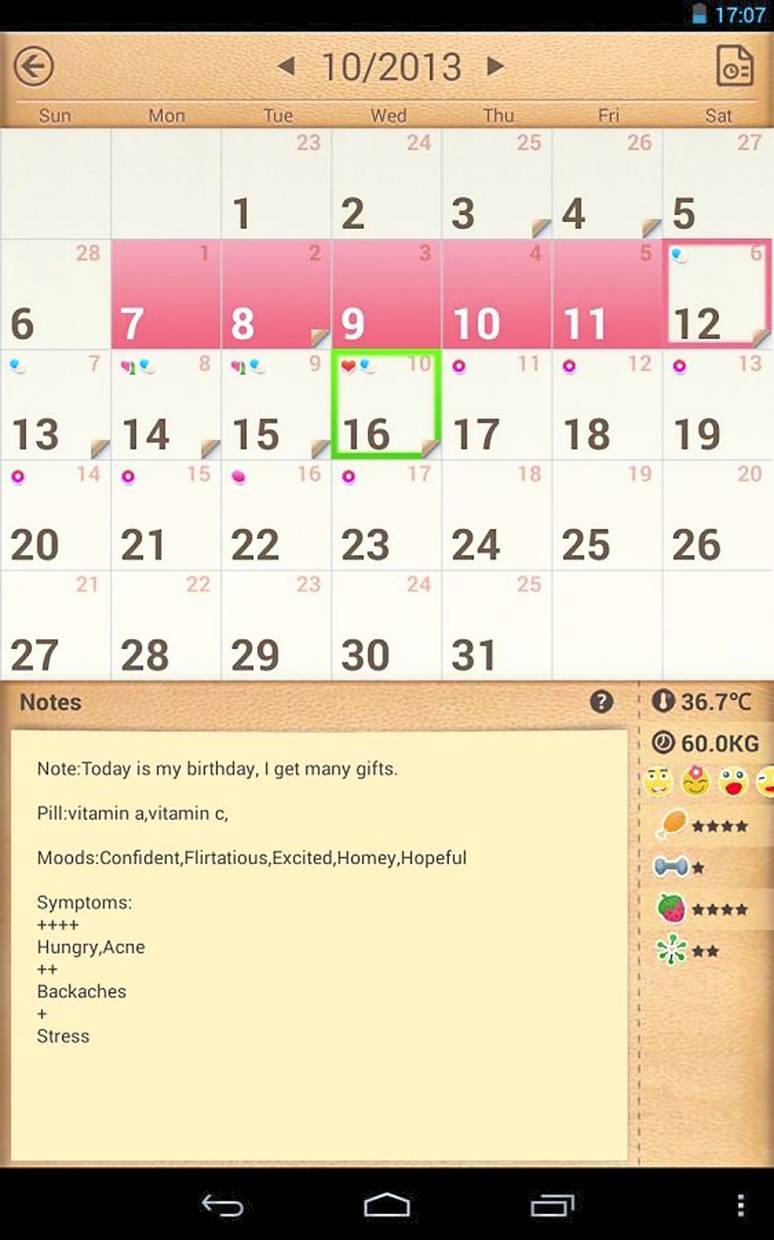 An app to monitor your period. A common stereotype is that women are more moody when they are having their period.

During part of the menstrual cycle, these parts of women’s brains are actually bigger.

But how much of it is directly related to the menstrual cycle?

Past research views these changes as an evolutionary advantage for reproduction purposes, e.g. the idea that ladies gravitate towards symmetrically-featured, masculine men when she is at her most fertile time of the month.

However, most studies have yet to find a concrete link between these changes, so it’s reasonable to believe that much of the impact our menstrual cycles have on our brain are purely coincidental.

Speaking of evolutionary advantage, women generally show greater empathy and theory of mind – the understanding that other humans may have a perspective different to our own.

They also have better communication skills, likely due to the centuries of mothers who would need to be articulate at conveying vital information to their children, such as not to eat certain poisonous items.

These skills would be taught and passed on to their daughters.

The mystery of women’s brains

Female brains tend to use both sides more equally than men’s, to solve daily problems, so the monthly changes of women’s brains should be considered an advantage.

This is known as the “lateral effect”, which is considered unusual given that left-right divisions of the brain do not behave the same way as women’s brains, even in other species.

For example, right-handed men have their language function located on the left side of the brain.

The brains of aquatic creatures and lizards are set up in this manner too.

The reason why women’s brains operate differently is unclear, though studies have linked the increase of oestrogen and progesterone levels to this unique trait.

It allows for greater flexibility in problem-solving, leading to more creative, efficient and holistic ways of doing things.

If this be the case, then women really should rule the world!

So, the next time someone tries to insinuate that you’re hormonal as if it’s a bad thing, you can now make it clear that it isn’t and lay out the scientific reasons to correct them!