Eat your daily meals within 10 hours for better health

Participants in the study were less likely to skip breakfast, an action that has negative health effects. — Photos: 123rf.com

What if a clock did a better job than a scale at promoting weight loss, improving sleep and preventing diabetes?

New research suggests it’s about time to consider that possibility.

In an early effort to explore the benefits of daily fasting in humans, researchers have found that people who are at high risk of developing diabetes improved their health in myriad ways when they ate all of their meals over a span of just over 10 hours, then fasted for the remainder of their 24-hour day.

The regimen, called time-restricted eating, is a variant of intermittent fasting – a practice growing in popularity.

To lose weight or improve health, those fasting intermittently don’t eat – or follow a spartan diet that mimics fasting – for a day or more every week or month.

Time-restricted eating by contrast, limits a person to consuming all of his or her daily calories in a relatively narrow window – say from 8am to 6pm.

Practised daily, time-restricted eating widens the period during which the body’s major visceral organs are put into a state of rest and recovery.

Ample research has shown that erratic eating patterns, shiftwork, and modern-day habits like get-up-and-go breakfasts and midnight snacks, have contributed to obesity, diabetes and heart disease.

Satchidananda Panda, a biologist at the Salk Institute in La Jolla, California in the United States, said that by establishing a consistent daily cycle of feeding and fasting, one might realign the ebb and flow of fuel intake with the body’s natural circadian rhythms.

“Every cell, every organ has its clock, and every organ needs downtime to repair, reset and regain its rhythm,” he said.

“When all your organs have rested and rejuvenated every day, they just work well.

“It’s almost like an orchestra: when all the musical instruments are in tune and work well together, it’s a melody, not a cacophony of sounds,” he added.

For the new research, Panda and his colleagues measured what happened when 19 people were asked to do all their eating during a 10-hour window every day for 12 weeks.

The participants were allowed to choose their own 10-hour window and could vary it slightly, say if they had an early breakfast meeting one day or a late dinner on another.

All the study’s subjects had a condition known as metabolic syndrome.

The condition is diagnosed when a patient tests positive for three or more of the following conditions: obesity, high blood pressure (hypertension), problematic cholesterol, impaired metabolic function and excessive waist circumference (an indicator of abdominal fat).

Three in 10 Americans are thought to have metabolic syndrome.

To ward it off, doctors have little to offer beyond exercising more, eating less and losing weight.

But patients often ignore or abandon that medical advice and go on to develop full-blown type 2 diabetes.

In the pilot study, the participants limited their “eating day” to under 11 hours for 12 weeks.

They reduced their calorie intake by almost 9%, lost an average of 3% of their body weight and reported more restful sleep – all improvements that could aid in disrupting a patient’s progression from metabolic syndrome to diabetes.

As a group, participants reduced their belly fat – a bellwether of future heart disease risk – by 3%. 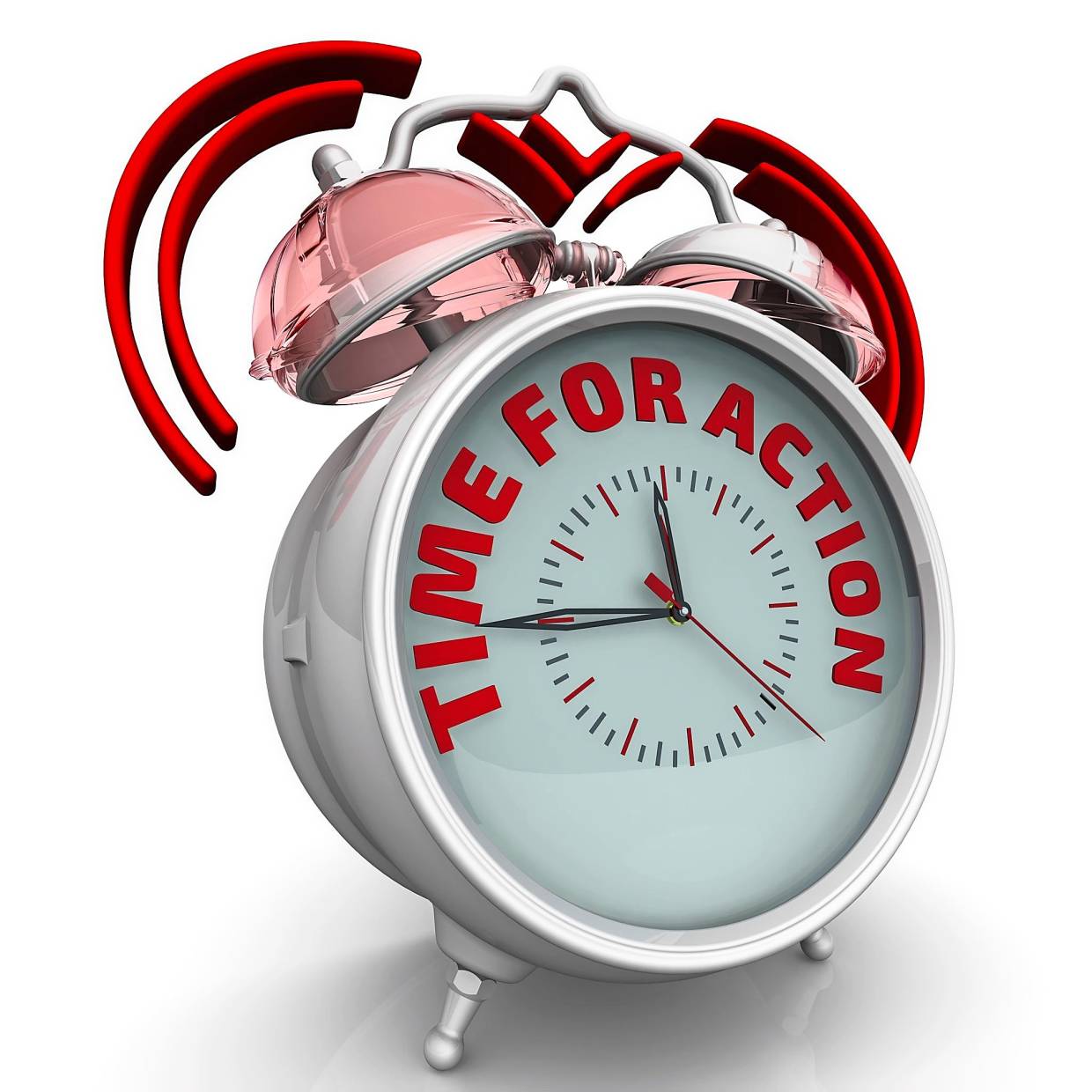 Having all meals within a 10-hour period – and fasting for the rest of the day – can help to improve the health of those with metabolic syndrome.Drilling down on the physiological effects of a daily 14-hour fast, researchers also found a wide range of subtler improvements among the 19 subjects.

The group’s blood pressure, typically high in those with pre-diabetes, fell. Their cholesterol readings, typically worrisome in this population, improved.

And in the 12 participants whose metabolic function had already veered into abnormal territory, three months of time-restricted eating appeared to bring about improvements in two key health measures: fasting glucose and HbA1c.

These changes came about without any increase in participants’ physical activity. And improvements didn’t rise or fall with changes in weight.

But it appeared to effect key changes in direct ways, rather than just by helping subjects slim down.

In several cases, participants were able to discontinue or take smaller doses of medications, such as cholesterol-lowering statins or hypertension drugs.

In other instances, researchers saw that shortening their eating day and observing a long nightly fast helped patients who were not sufficiently helped by medication alone to achieve normal readings.

The results were published recently in the journal Cell Metabolism.

None of these promising findings is definitive: With only 19 participants and no control group, the work merely lays the foundation for further investigation.

But a much larger clinical trial that meets the gold standard of biomedical research is already in the works.

Underwritten by the US National Institute of Diabetes and Digestive and Kidney Diseases, that trial will also explore the benefits of daily fasting in people with metabolic syndrome.

Willing to do it Modern-day habits like midnight snacking and eating on the go have contributed to the rise of obesity, diabetes and heart disease. — TNSThe researchers who conducted the pilot study were buoyed by its preliminary findings, but even more excited by evidence that the study’s 19 participants were both willing and able to follow the regimen – often well beyond the 12-week scope of the study.

All 19 subjects – three women and 16 men – were able to maintain a regular habit of fasting between 13 and 14 hours a day for about six days a week, on average.

The timing of their meals became more regular. And they didn’t skip breakfast – a shortcut that research suggests could have negative health effects.

They were not instructed or urged to continue this pattern of eating after the study was done.

But when researchers followed up with the participants about 15 months after the intervention had ended, they discovered that five continued to follow the eating schedules they had adopted in the study.

Seven others said they were either limiting their eating window a little less stringently or following their time-restricted eating schedule on a part-time basis.

The remaining seven said they had followed the regimen for an average of just over four months before it fell by the wayside.

Dieting fails most severely due to lack of patient adherence.

But daily fasting may make it easier for people at increased risk for diabetes and heart disease to succeed, experts said.

“These are patients at the tipping point for diabetes,” said Dr Pam R. Taub, a University of California, San Diego, cardiologist and co-author of the new research.

“This is a very critical window where you can reverse the disease process.”

But she said, “the same old spiel – get more exercise, reduce your calories, try a plant-based diet”, has proven frustrating for both her and her patients.

“Most people just don’t sustain it, and year after year, things are getting worse for them,” said Dr Taub, whose patients were among the participants.

“So what was really exciting was that here was a lifestyle strategy where all I asked them to do was change the time of their eating.”

They did, and their health improved.

Valter Longo, who studies the effects of intermittent fasting at the University of Southern California, said the new study “should be treated as a promising pilot”, rather than a blueprint for patients and doctors.

Future studies should not only explore the health benefits of time-restricted eating, but also the risks for people who prolong their fasts in a bid to gain more benefits.

Those risks include dehydration and heart arrhythmia (irregular heart beat), as well as an increased likelihood of gallstones.

Trials should also probe the potential impact of more relaxed eating-and-fasting routines, including 12 hours on and 12 hours off.

“Dose effects,” he said, could prove to be important.

Drinking more water, and other habits that can strengthen your immune system
It's time to heal and reconcile now that GE15 is over
Hot water bottle fans, you could get this syndrome
Antibody therapies ineffective against Omicron variant BQ.1.1, says study
How to prevent those unsightly and painful bunions
Is your high blood pressure making you neurotic?
Considering the merits of spirulina and green tea
Using peer support specialists to help drug addicts
Pregnant and experiencing back pain? Try acupuncture
Why have I been reinfected with Covid-19 despite being vaccinated?