Antibiotic resistance is a major health threat to the world

Antibiotic resistance is such an important condition that the World Health Organization (WHO) dedicates one week a year to this topic. World Antibiotic Awareness Week was held on Nov 18-24 in 2019. — TNS

The term “antibiosis”, meaning “against life”, was introduced by the French bacteriologist Jean Paul Vuillemin as a descriptive name of the phenomenon exhibited by early antibacterial drugs.

The term “antibiotic” was first used in 1942 by Selman Waksman and his collaborators in journal articles to describe any substance produced by a microorganism that is antagonistic to the growth of other microorganisms in high dilution.

This definition excluded substances that kill bacteria, but that are not produced by microorganisms (such as gastric juices and hydrogen peroxide).

It also excluded synthetic antibacterial compounds such as the sulphonamides.

In current usage, the term “antibiotic” is applied to any medication that kills bacteria or inhibits their growth, regardless of whether that medication is produced by a microorganism or not.

However, they did not understand the connection between the antibacterial properties of mould and the treatment of diseases.

The search for antibiotics began in the late 1800s, with the growing acceptance of the germ theory of disease.

This is a theory that links bacteria and other microbes to the causation of a variety of ailments.

As a result, scientists began to devote time to searching for drugs that would kill these disease-causing bacteria.

Antimicrobial resistance (AMR) is the ability of microorganisms to resist the effects of medication that could once successfully treat them.

The term “antibiotic resistance” is a subset of AMR, as it applies only to bacteria becoming resistant to antibiotics.

These approaches may be more expensive, more toxic or both.

These bacteria can infect humans and animals, causing infections that are tougher to treat as they can resist the effects of certain antibiotics to kill them.

Today, antibiotic resistance is one of the biggest threats to global health, food security and economic development.

It is rising to dangerously high levels in all parts of the world.

Antibiotic resistance can affect anyone, of any age, in any country.

It occurs naturally, but misuse of antibiotics in humans and animals is accelerating the process.

A growing number of infections – such as pneumonia, tuberculosis, gonorrhoea and salmonellosis – are becoming harder to treat as the antibiotics used to treat them have become less effective. 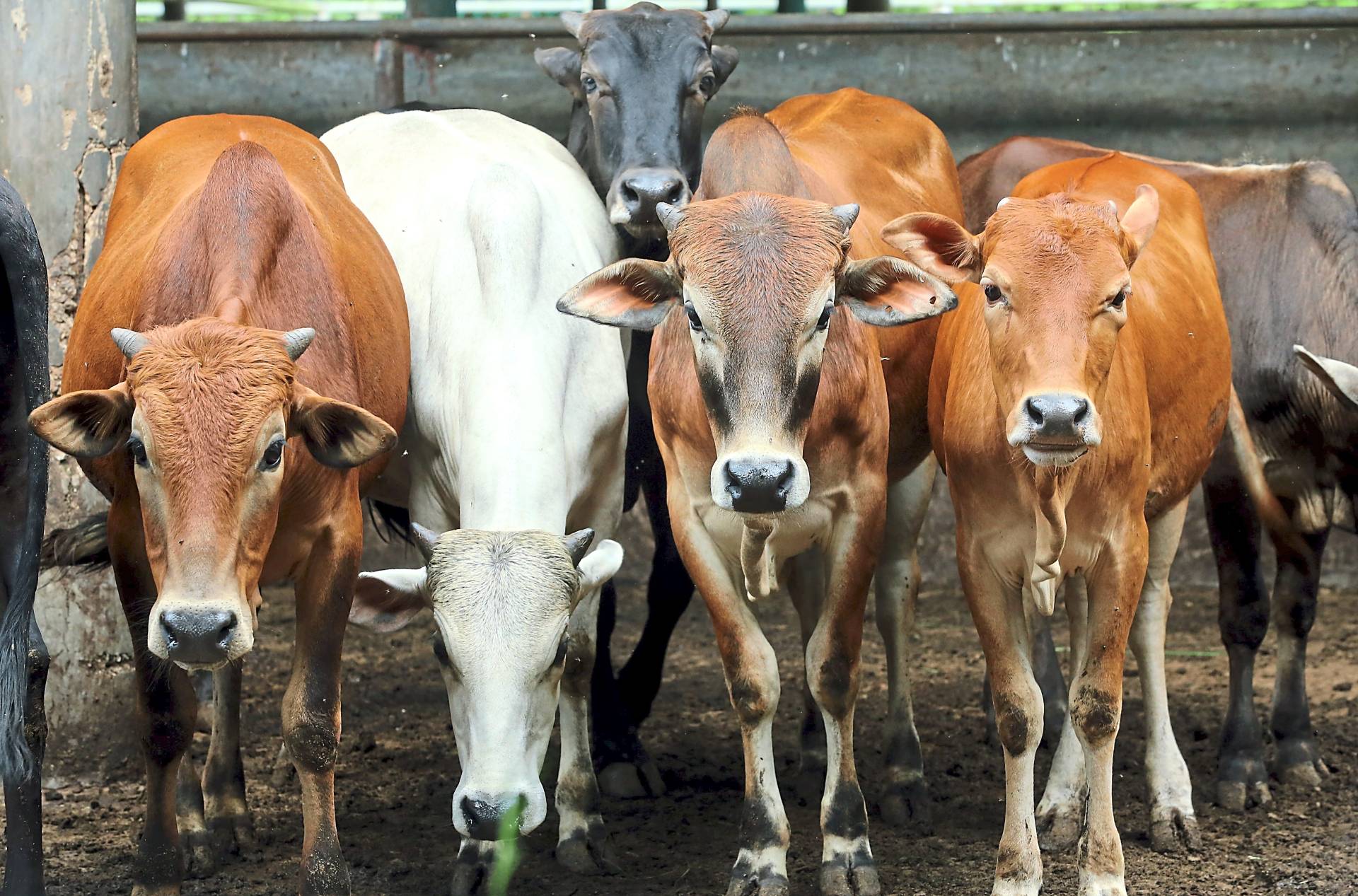 The unnecessary use of antibiotics in animals grown for human consumption, like the cattle seen in this filepic, is one of the practices that is accelerating the spread of antibiotic resistance globally.

The causes of antibiotic resistance include: Nurses practice how to wash their hands properly during a campaign in this filepic. Proper, adequate handwashing is crucial in preventing the spread of antibiotic-resistant bacteria. The human factor

However, antibiotic resistance is not solely propagated by the biological causes above.

Antibiotic resistance is accelerated by the misuse and overuse of antibiotics, as well as poor infection prevention and control.

Steps can be taken at all levels of society to reduce the impact of antibiotic resistance and limit its spread, including by individuals, policymakers, healthcare professionals, and both the healthcare and agriculture industries.

The emergence and spread of antibiotic resistance is made worse when antibiotics can be bought for human or animal use without a prescription.

Similarly, in countries without standard treatment guidelines, antibiotics are often overprescribed by health workers and veterinarians, and overused by the public.

The world urgently needs to change the way it prescribes and uses antibiotics.

Even if new medicines are developed, without behaviour change, antibiotic resistance will remain a major threat.

Behaviour changes must include actions to reduce the spread of infections through vaccination, handwashing, safer sex and good food hygiene.

Without urgent action, we are heading for a post-antibiotic era in which common infections and minor injuries can once again kill.

Dr Mohammad Nazmul Hasan Maziz is deputy dean and associate professor in medical microbiology at the Perdana University Graduate School of Medicine. This article is courtesy of Perdana University. For more information, email starhealth@thestar.com.my. The information provided is for educational and communication purposes only and it should not be construed as personal medical advice. Information published in this article is not intended to replace, supplant or augment a consultation with a health professional regarding the reader’s own medical care. The Star disclaims all responsibility for any losses, damage to property or personal injury suffered directly or indirectly from reliance on such information.