A healthy, halal version of papadom for the health-conscious 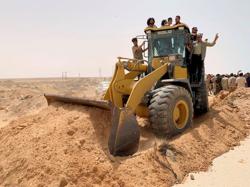 No, it is not a health fad – although he assures me that his papadom is a healthy snack alternative.

It is just what you have to do when fine-tuning a recipe: you tweak a formula, get feedback, make improvements, rinse and repeat ... until that eureka moment when you know you’ve got it.

In the case of Razul and his papadom, this happened only in late 2015, after almost two years of tinkering in their manufacturing facilities in Serkam, Melaka.

After numerous formulations and taste tests, the final version of their papadom is one that is generous with lentils and easy on salt. It has less rice flour than the conventional store-bought papadom and is preservative-free. The ingredients have been laboratory-tested and approved by the Melaka Biotechnology Corporation.

But if there is one thing that Razul feels strongly about highlighting, it is the fact that their papadom has MeSTI accreditation (for food safety and quality) from the health ministry and is halal-certified.

“We are proud to say that we offer halal papadom. We believe that consumers deserve better, healthy options when it comes to food, and our aim is to offer precisely that,” says Razul.

Currently the project director of the company, he relates how he was thrown into the deep end when the company decided to venture into the food manufacturing industry a few years ago.

Aside from some two decades worth of banking under his belt, Razul has had stints in the manufacturing industry, among various other undertakings – but never in food manufacturing, so this was a first for him.

And it was something he never expected to get into.

Mohd Razul was thrown into the deep end when the company decided to venture into the food manufacturing industry a few years ago.

When he took up the post as project director at the company, his role was to solicit business opportunities with banks and financial institutions.

But one thing led to another, and when the decision was made to venture into papadom manufacturing, he found himself right in the thick of things.

Razul was the only person in the company who had experience in the manufacturing industry, which made him an obvious candidate to take on the project.

But he knew very little about papadom and had to learn about its manufacturing process from scratch.

“I had to rely on two ‘experts’ from India who were employed by the company to teach us every-thing about papadom manufacturing.

“Frankly, we learnt very little from them due to some unfortunate circumstances that resulted in their services being terminated after only a few months,” he says.

But he persevered, gleaning whatever information he could from the Internet and Indian Muslim restaurants and eateries.

It was an uphill task, he recalls with a grimace, as those efforts proved to be rather discouraging.

“There was not much information about papadom manufacturing online; it was mostly recipes for making papadom at home. As for the restaurants, we received lots of cynical looks and uncalled-for comments instead of the assistance we were hoping for,” he relates.

It proved a challenge to compete as a new kid on the block in a relatively matured papadom market, he says.

Today, papadom remains the company’s sole product and is available in two ready-to-eat options: original and flavoured. An uncooked version is also available, if you prefer to prepare it in the comfort of your home.

It has been a long journey indeed, but Razul is not one to rest on his laurels. He is looking at branching out into making this halal papadom product available at places such as convenience stores and school canteens.

But before things get too busy, they are open for orders. They can also cater to events such as weddings and parties, whether as an accompaniment to a meal or packaged as a snack or gift.

A healthy , halal version of papadom for the health-conscious