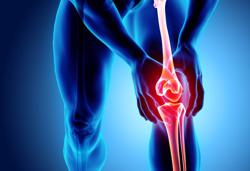 A minimally invasive alternative to hysterectomy (removal of the uterus) for the treatment of heavy menstrual bleeding.

It is common among women during their reproductive years and can significantly affect their quality of life.

There are many causes of heavy menstrual bleeding and the commonest ones include hormonal imbalance, benign growth in the uterus such as fibroids or polyps and malignancy.

Often, no specific cause is identified and the diagnosis is then labelled as dysfunctional uterine bleeding (DUB).

The treatment will depend on the cause. Uterine growth and malignancy will require definitive surgery. As for DUB, medical therapy is usually the first line of treatment.

However, it is not always effective and some women may develop side-effects while on medications. In the instance where medical therapies fail, surgery would be the advisable.

Traditionally, hysterectomy (removal of the uterus) is one of the major and most common operations for the treatment of heavy menstrual bleeding, which may involve a large abdominal incision, often with a painful and lengthy recovery.

In the early 1990s, it was estimated that at least 60% of women presenting with heavy menstrual bleeding eventually went on to have a hysterectomy.

However, not all women who opted for surgery require a hysterectomy. Some women may be suitable for a more minimally invasive alternative such as Gynecare Thermachoice Uterine Balloon Therapy.

Gynecare Thermachoice is one type of endometrial ablation, which is a procedure that permanently destroys the inner lining of the uterus (endometrium) to stop or reduce excessive menstrual bleeding. This procedure is performed vaginally.

The Gynecare Thermachoice represents a simple surgical procedure and consists of a disposable balloon catheter that is inserted through the neck of the uterus (cervix) and into the uterine cavity.

The catheter is connected to a controller console, which inflates the balloon with fluid and heated to 87 degrees celcius for eight minutes to destroy the uterine lining. The whole procedure will takes not more than 30 minutes.

This system was approved by the US FDA in 1997 and has been used extensively in the United States and United Kingdom, with long-term data confirming its safety and efficacy.

Women who have heavy menstrual bleeding should consider the endometrial ablation with Gynecare Thermachoice if:

· The heavy flow affects their quality of life.

· Do not want to take long term medications or they do not respond to medical therapy.

· Do not have other problems (such as large fibroid, ovarian cyst or malignancy) that require a hysterectomy.

· Have no further desires to get pregnant.

It has been estimated that up to 58% of women treated for heavy menstrual bleeding by hysterectomy might be suitable for endometrial ablation.1

Recent guidelines by the National Institute for Health and Clinical Excellence (NICE) on heavy menstrual bleeding in the UK stated that endometrial ablation should be considered where bleeding is having a severe impact on a woman’s quality of life, and she does not want to conceive in the future.

This guideline also recommends that the procedure may be offered as an initial treatment after full discussion with the woman of the risks and benefits and of other treatment options2.

Unlike a hysterectomy, this procedure can be performed as a daycare procedure or an overnight surgery stay. The use of endometrial ablation has reduced the hysterectomy rate for dysfunctional uterine bleeding by 85% in one of the hospitals in UK3.

In a small minority of women, the procedure may not be effective and the heavy menstrual bleeding may recur again after several years. Therefore, some women may still require another procedure or eventually a hysterectomy.

A diagnostic hysteroscopy is usually performed to evaluate the intra-uterine cavity. A biopsy of the uterine lining may be needed to exclude cancer prior to endometrial ablation, since this procedure is contraindicated if cancerous or pre-cancerous condition is suspected.

A recent Pap smear should be done and must be normal. Pre-medication may be given for four to six weeks to thin out the endometrium prior to the procedure. This will make the ablation easier and more successful.

Alternatively, the procedure can be performed immediately following the cessation of the monthly menstruation.

This procedure is not suitable for women with the following conditions:

· Women who still desire to have more children.

· Cancerous or pre-cancerous condition of the uterus.

As with any surgery, there can be complications (both surgical or anaesthetic). These may include bleeding, tearing or puncturing of the womb and infection.

However, the overall complications rate is very much lower compared to removal of the uterus (hysterectomy). It is also reassuring to note that the UK-based MISTLETOE audit, which reported on 10,686 endometrial ablations, showed it to be very safe, with a low morbidity and mortality.4

The recovery is normally quick and many women can return to normal activities within a few days, which is significantly less than the recuperation period for major abdominal surgery.

Slight crampy pain in the pelvic region may be experienced for several hours after the procedure. Light blood loss may occur for a few days. There will be watery vaginal discharge for two to three weeks.

Future pregnancy is not advisable after an endometrial ablation. Therefore, it is essential for the couple to use a reliable contraception method after the procedure.

Long-term data up to five years showed that 95% reported either no menses at all or a significant reduced flow and 93% of them were satisfied with the procedures5.

Patients in the older age group tend to have the highest long-term satisfaction rates.6

A comparative study has shown that endometrial ablation is superior to medical treatment not only in terms of patient satisfaction but also a greater improvement in pain, bleeding, improvement of anaemia (low haemoglobin) and quality of life. It appeared from this study that in those women with had completed their families, endometrial ablation is more effective than drug therapy.7

5. Loffer FD, Grainger D. Five-year follow up of patients participating in a randomized trial of uterine balloon therapy versus rollerball ablation for treatment of menorrhagia. J Am Assoc Gynecol Laparosc 2002;9:429– 35.

7. Cooper KG, Parkin DE, Garratt AM & Grant AMA. A randomised comparison of medical and hysteroscopic management in women consulting a gynaecologist for treatment of heavy menstrual loss. B.r J. of Obstet. and Gynaecol. 1997; 104: 1360–1366. A doctor’s journey from government service to private practice
An afternoon nap could help maintain your brain
Give your fingers a workout (and we don't mean on the phone!)
Three myths about couples therapy
Are you or someone you know a sociopath?
A centenarian tells the tale of two pandemics
New treatments, including for reversing diabetes, in updated guideline Premium
This procedure is often overlooked when treating arthritis
Urine test for womb cancer in the works
Milo Ups Its Green Game