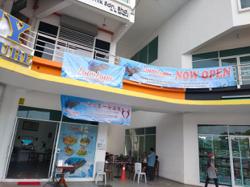 Pinasakan is a popular dish among the Kadazandusun, the collective name for more than 40 sub-ethnic groups that live in Sabah. Kadazandusun is made up of three main groups – the Kadazan/Dusun, Murut and Orang Sungai, and they make up about one million of Sabah’s population.

Back in the day, way before refrigerators came into the picture, the Kadazandusun had to find a way to keep food from going bad. One of their staple foods was fish, only obtainable from towns that had access to the sea.

They travelled into these towns, to look for fish and other things in exchange for items from the highlands where they stayed. They often carried a “wakid” – a handmade bamboo and rattan basket – on their backs that held forest products, vegetables and tobacco to barter for salt, sugar, and fresh fish from the townsfolk.

Since the trip home sometimes took days, the Kadazandusun had to ensure that the fish withstood the long journey. Preservation was key, and hence the birth of pinasakan – referred to as such by the Kadazans, while the Dusuns refer to it as pinarasakan. However, it is more popularly known as pinasakan.

While still in town, they would make pinasakan. The idea is to extract moisture from the fish, and thus the use of ikan basung, a naturally oily fish that doesn’t dry out even after cooking. Ikan basung is similar to sardines, and is found in waters no deeper than 80m. The fish is cheaply and widely available in Sabah.

To make pinasakan, the fish is cleaned and cooked in a pot over very low heat, with just "takob-akob" (a sour, dried wild fruit that's indigenous to Borneo), turmeric, ginger, lemongrass, cili padi and salt. Thanks to the low heat and its naturally oily texture, the fish doesn’t get burnt, and enough moisture is extracted to keep it cooking for about an hour. Pinasakan can be kept for up to two weeks. It is a home-cooked dish and is not readily available in restaurants in Sabah.

Though pinasakan is not made for the purpose of preservation nowadays, the dish can still be kept for up to five days without refrigeration. It is served with white rice and sambal on the side.

This dish originates from the Chinese villages of Tuaran, a town about 45 minutes drive from Kota Kinabalu. The secret to Mee Tuaran lies with the hand-made egg noodles, which are made using only egg yolks. The noodles are toasted after boiling to avoid them clumping, and then fried with vegetables and a beaten egg. The dish is often topped with "chun ken" or minced pork wrapped in egg, char siew slices and sliced or minced pork.

In Hakka, “ngiu” means “cow” and “chap” means “mixed”, which should give an idea of what ngiu chap is all about. A favourite Sabahan breakfast dish, a bowl of ngiu chap holds noodles – usually beehoon – and almost every single part of a cow. Beef balls, tripe, tongue and tendons are must-haves in ngiu chap although some add liver and other innards. The broth is made of bones and marrow boiled for over 10 hours, and seasoned with herbs.

Another Kadazandusun dish, hinava is Sabah’s answer to Sarawak’s umai, a raw fish dish similar to the South American ceviche. Fish is thinly sliced and mixed with lime juice, sliced cili padi, ginger, onions and salt. It is left to marinate for about one hour at room temperature. The sour, spicy hinava is usually served as an appetiser, although it can also be eaten with rice. 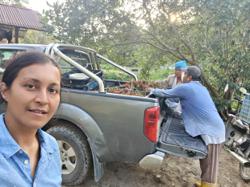 Meet Italy's top wine consultant, who counts the Pope as his client
Homesick Malaysians get family members to courier food from their hometowns
Miss your hometown's food? Many are now online and can even deliver to you!
KL hotel expands delivery menu from its restaurants
Rich mutton bone curry
Malay delights to enjoy at home
From kerabu to vindaloo: There's more to Straits-born cuisine than you think
Drop scones with a royal touch
New book shines a spotlight on food differences
Which city do you pay the most for a cup of coffee?