One cannot get any more authentic than ordering a steaming hot bowl of Lanzhou hand-pulled noodles. This traditional staple is northwest China’s equivalent to our nasi lemak.

A waiter sets down a saucer filled with super fiery Sichuan peppercorns on my table. “Are we supposed to eat that?!” I sputtered, taking my host Hu Xiao Jung aka Haji Tahir, one-fifth of the brains behind Amber Chinese Muslim restaurant, by surprise.

It seems Hu was merely trying to underscore the importance of this deceptively tiny, but incredibly potent spice, which isn’t only a key ingredient in Sichuanese cuisine, but also several halal dishes from China.

For the uninitiated, Chinese Muslim food or “huizu cai” (food of the Hui people) is a unique – and often overlooked – category under the broad umbrella of Chinese cuisine that eschews pork and relies instead on beef and mutton.

Hu explains: “Chinese Muslim cooking is predominantly founded by the Huis, an ethnic minority in China. Since we are the northern people, we use plenty of chillies in our cooking. This is due to the geographical factors of the people living in the past. They were mostly living on the cold, hilly areas and the only way to keep warm is by eating lamb and spicy food,” he says.

Today, the only thing that separates the Muslim Huis from China’s largest ethnic group, the Han, is their religion – they have similar facial features and also converse in Mandarin at home.

A glass separates the dining hall from the kitchen, where one of the nine Chinese noodle masters beat, fold and pull dough into hair-thin noodles for the restaurant’s signature dish.

One of the five owners of Amber Chinese Muslim restaurant and a native son of Lanzhou, Hu has been a Muslim for as long as he can remember.

An ethnic Hui from Lanzhou, a sprawling, industrial city on the ancient Silk Road northwest of China, Hu and his family have been Muslims for as long as they can remember. Islam has a long history in the world’s most populous country: it was introduced in China around the Tang dynasty by Arab traders more than 1,000 years ago, in 651 AD.

But while Muslims make up about 10% of Lanzhou’s population at present, there is a dearth of good, purely halal restaurants in this metropolis of three million. This spurred Hu – who’s been living in Malaysia for the past four years – to start a chain of high-end Chinese Muslim restaurants called Amber with four comrades.

The business took off, and the quintet soon found themselves in charge of an empire. With 19 restaurants, 400 spice mills as well as a sugar processing plant spanning across China, you’d think that Hu and his partners were contented.

But no, they will not rest until they’ve conquered the F&B business in their adopted country, Malaysia, and perhaps the rest of the world.

Occupying a cavernous, smartly decked out interior on the first floor of the Nexus mall in Bangsar South, Amber KL is a local offshoot of this highly successful F&B brand.

The menu, which contains a fair share of mistranslations (so it’s best to rely on its pictures) and boasts about 40 dishes in total, reads like the greatest hits of Chinese cuisine.

Think classic Beijing-style roasted duck alongside traditional hand-pulled noodles from Lanzhou and – I can’t say I agree with this – dishes of questionable origins, like the Pattaya-style fried rice.

Most intriguing, however, are the small number of cold dishes on page one. In China, these “meeting or welcoming” dishes are typically eaten first. It is no different at Amber; however, sweet flavours take precedence here and dishes, while simple, are far more interesting than your average “sweet sour cucumber”.

The restaurant also serves several cold dishes as a starter, like this classic wintertime favourite of poached pears smothered in brown sugar.

Intrepid diners should try the poached pears smothered in brown sugar – this popular dish is usually consumed during the harsh northwest winter.

After the light, refreshing opener, it’s time to get serious.

First up is Northwest China’s flagship halal dish, the hand-pulled noodles. Amber doles out several styles of la mian, and not all of them are authentic. But the one with beef? It’s served the way native Lanzhou-ans would’ve eaten it – hot, salty, swimming with thin slices of braised red meat and topped with coriander and spring onion. The noodles, meanwhile, are especially smooth and silky – the result of flour-based dough being beaten, folded and pulled into hair-thin noodles by the nine chefs, all from China.

“This is like nasi lemak in my hometown; it’s eaten every single morning,” says Hu.

Perhaps one of the restaurants highlights is the roasted lamb, which is served on toothpicks instead of skewers.

Ambers squid is smothered with spices then served kebab-style on skewers.

Next, the Chinese-style lamb-kebabs which, in Amber, is simply christened the “toothpick lamb”. It’s a daintier take on the meat-on-a-skewer delicacy usually found in China’s Chinese-Muslim roadside eateries.

More importantly however, it hits all the right notes. The initial bluster of salt gives way to tender, smoky meat as you chew on the dime-sized chunks of lamb, which are crusted with ground cumin, chilli and salt and then presented on toothpicks.

Its seafood counterpart, the flame-roasted squid – which is smothered with spices then served kebab-style – is quite wonderful too, but lacks the salty oomph of the lamb.

A whole tilapia roasted to perfection arrives semi-submerged in a Sichuan-inspired soup.

The roasted fish, in which a whole tilapia is roasted to perfection, arrives semi-submerged in a Sichuan-inspired soup – this is where the peppercorns I saw earlier come in – its top generously drizzled with red and green chillies. Moist on the inside with crackling skin, it is briny and assertive – though not as spicy or as dramatic as it looks.

For a dose of firepower, the poached beef with mushrooms satisfies. But be sure to request for less salt, unless you’ve got blood pressure meds on standby.

Hot Szechuan peppercorns are used liberally in this dish of poached beef with mushrooms.

Fried spicy shrimps with potatoes is a chilli-and-oil slicked dish featuring medium-sized shrimps with their shells intact and crinkle-cut fries.

The fried spicy shrimp with potatoes, a chilli-and-oil slicked dish featuring medium-sized prawns with their shells intact and crinkle-cut fries, tastes decent enough, though you need to be equipped with the patience of a saint to go through this one.

More Cantonese in cooking style than Chinese Muslim, the sautéed long beans with eggplant – a lovely, nutritious jumble of green and purple veggies – is a tasty accompaniment to white rice. At Amber, vegetarian dishes are few and far between and, together with the more generic sizzling tofu, this dish provides a welcome change from all that meat.

Forget alcohol. Complete your meal with a wonderfully aromatic and instantly energising cup of Eight Treasure or Ba Bao Tea, instead.

And who needs alcohol when you can complete your meal with a glass of Eight Treasure or Ba Bao Tea? Served with a lidded porcelain cup so you feel like royalty, this aromatic blend of Chinese goji berries, red dates, chrysanthemum tea, longan, green tea leaves, sesame and walnuts – which is simply labelled as the Chinese Herbal Tea on the menu – is a real beauty.

A satisfying meal aside, perhaps one of the restaurant’s biggest weaknesses is how it tries to please everyone. But the formula seems to be working so far: Amber already seems to be a busy lunchtime spot come 1pm, with a motley crew of people streaming through its doors for lunch, from reticent tudung-clad women accompanying their husbands to gossipy Chinese co-workers.

In that sense, you can’t help but be impressed. 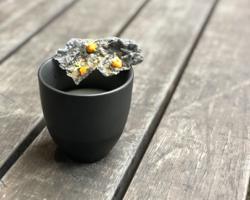 A place for everyone: Bakery helps the deaf earn their daily bread 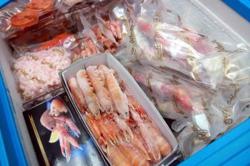